“History is not was, it is.” -- William Faulkner 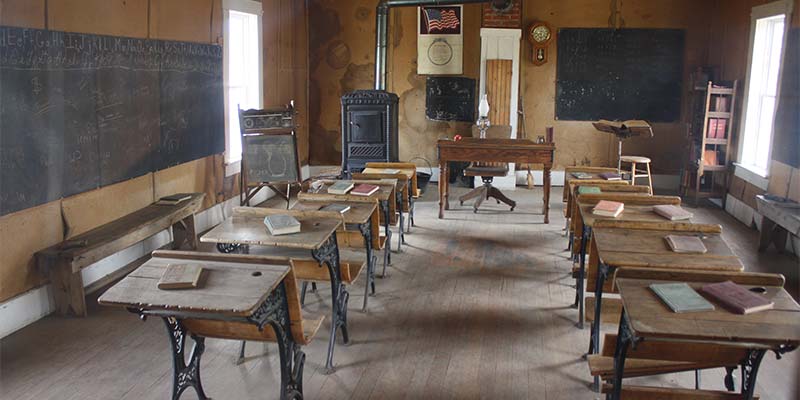 WyoHistory.org is a free encyclopedia meant to encourage exploration of Wyoming and its past. Our articles and oral histories tell stories of Wyoming people, events and places. We aim to serve everyone: tourists, history buffs, scholars, public officials—and, especially, students and teachers in and outside classrooms.

Beginning fall, 2021, social studies curricula in Wyoming schools must comply with new state standards for teaching about Indigenous people in Wyoming and the West. Wyoming PBS, WyoHistory.org and other organizations have developed high-quality lesson plans on Native American topics linked to the specific standards. See below for access to a grid in which the plans are banded by grade level and columned by the specific standards, with links to the main categories of standards along the bottom row of the grid. Clicking on any topic named in the cells of the grid takes the user directly to the lesson plan.

Thanks to Christine Usry of the Natrona County School District who prepared the grid and to Wyoming Humanities for supporting this effort.

Some of the lesson plans on the grid are also included among the Digital Toolkits of Wyoming history, developed by WyoHistory.org and detailed further below.

Aimed at secondary levels and above, these toolkits connect topics in Wyoming history with one of 12 overarching areas of U.S. history, from the Constitution through the Cold War to coal-rich Wyoming’s role in the nation’s future.

1. A background summary of the topic.
2. Links to relevant primary-source documents—maps, photos, letters, etc.
3. Links to more detailed WyoHistory.org articles on the topic.
4. Exercises encouraging students to write about or otherwise encounter the topic.
5. Bibliographies and links for further information and research.
6. Information on how each toolkit meets Wyoming State Social Studies Standards

Area 1: Foundations of the United States (1700-1800)
EQ: How do our constitutions as living documents represent “we the people”?

Area 2: Early Growth of the United States (1800-1850s)
EQs: Why do peoples and societies explore, relocate, and settle frontiers?

Area 5: The United States During Reconstruction (1860s-1870s)
EQ: How did the Western region of the U.S. respond to challenges of Reconstruction?

Area 6: Westward Expansion and the United States (1840s-1890s)
EQ: How did westward expansion affect tensions within different regions of the U.S.?

Area 7: Industrialization and Progressivism (1880s-1920s)
EQ: How did economic growth affect the quality of life within the U.S.?

Area 12: The U.S. During the Struggle for Civil Rights
EQ: How successful was the U.S. in creating a more equitable society?

Area 13: The U.S. From the 1980s through the Present
EQ: How has the U.S. responded to globalization and conflict in recent decades?

These packages group WyoHistory.org articles on the Oregon Trail and on the Indian Wars of early Wyoming, themes widely studied in fourth-grade classrooms. For each topic or historic site, the packages also offer background articles, field-trip lesson plans to the sites, detailed maps, interactive quizzes for students and short videos of Wyoming fourth graders visiting the sites.

The lesson plans also specify how the materials address the latest version of Wyoming’s Social Studies Content and Performance Standards.