Learning Objective(s)
1. Students learn some about why and when the U.S. entered World War II
2. Students learn how Wyoming citizens contributed to the war effort
3. Students learn about war-related facilities and industries in the state during the war 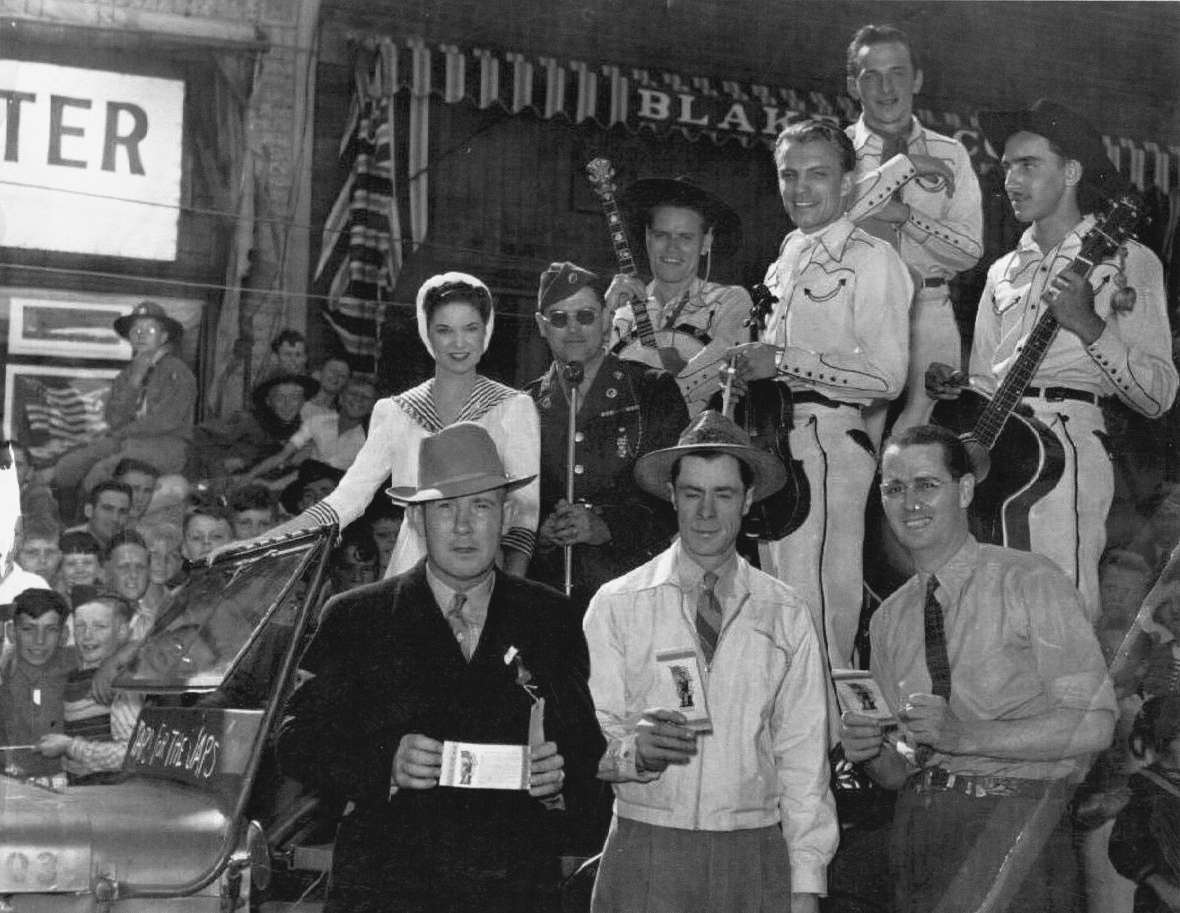 The exercise asks students, after reading the summary and the longer article, to describe, analyze and compare two World War II era posters.

Fill out a photo analysis page for each of these World War II era posters: "Bonds or Bondage" and "Back the Attack." Write a short essay of 250-300 words, answering the following questions: What do these posters tell you about life in the U.S. during World War II? Would either or both of the posters influence your behavior if you had lived during the war years? Do you think one poster is better than the other? Use the information you entered on your analysis sheets to explain and support your answers.

Would you be willing to permanently give up a favorite book or other prized possession because a U.S. soldier overseas would benefit from that book or object? Why or why not?

Since the country needed metal for munitions during the war, should all available metal objects have been scrapped, even those with significant historic or symbolic value?

Who was more important to the war effort: soldiers, or the people who grew food for them and for the nation?

What does “sacrifice” mean to you in the context of the World War II effort?

On December 7, 1941, the Japanese attacked the American naval fleet at Pearl Harbor, Hawaii. Within days, the U.S. began mobilizing for war against Japan and, in Europe, against Germany. The federal government needed money to manufacture weapons to pay the soldiers, sailors and marines in the fast-expanding armed services. In addition, the nation needed metal for the weapons, warm, sturdy clothing for servicemen—and more food to feed them all.

Wyoming citizens contributed to the war effort, many people purchasing U.S. war bonds—a form of lending money to the government. Statewide, officials initiated scrap-metal drives, and people donated books to be shipped overseas for American troops. “Victory gardens” were also popular; people could help fill the demand for food by planting vegetables in their back yards or in designated public plots.

Farming and ranching boomed, because the government set annual production goals, higher than before the war. With increased demand, prices rose for meat and crops. At first there was a labor shortage because so many men had volunteered for or been drafted into military service. However, the federal Tydings Amendment permitted essential agricultural workers to obtain draft deferments.

The federal government considered coastal areas prime military targets and so placed as much domestic war-related activity as far inland as possible. The Casper Army Air base trained bomber crews—a total of approximately 16,000 men—starting in September 1942. That same year, United Airlines moved its existing pilot training school to Cheyenne. An airplane modification center also operated on that site, adding new guns and instruments to B-17 and B-24 bombers.

Two prisoner-of-war camps were located in Wyoming, Camp Douglas and Fort Francis E. Warren. Together, these two camps could house more than 5,500 prisoners. Apparently, all the POWs in Wyoming were Italian or German. Small farmers and some timbering operations in the state used POW labor.

The article "Wyoming and World War II” offers substantial background on the topic for teachers and for students 8th grade and up. The article may be demanding for 6th and 7th graders.