The Teapot Dome Scandal—one of the most serious corruption scandals in the history of the U.S. government—came to light in 1922 and continued to trouble American politics for years. The secretary of the U.S. Department of the Interior, Albert Fall, accepted bribes from oilmen Harry Sinclair and Edward Doheny and allowed them to drill for oil in Wyoming’s Teapot Dome Naval Petroleum Reserve.

The reserve was named for a sandstone rock that once looked a great deal like a teapot. The oil in the reserve was set aside for use by the U.S. Navy’s ships during a national emergency. The reserve is part of the larger Salt Creek Oil Field, in northern Natrona County north of Casper, Wyo.

U.S. President Warren G. Harding, a Republican, who had appointed Albert Fall to his post, went along with Fall’s request to transfer control over the naval petroleum reserves from the U.S. Navy to the Department of the Interior. Supposedly this was to provide better protection for the reserves, which were to be kept for emergency purposes only but were not to be leased out for general production and sale. Fall, however, made private deals with Sinclair and Doheny after they paid him bribes so that their companies could lease the oil and drill for it in all three of the national petroleum reserves, of which the Teapot Dome reserve became the most famous. Once the oil was out of the groud, the companies could then sell it for a profit and paid the government a royalty.

Wyoming oil man Leslie Miller, a Democrat who later would be elected governor, grew suspicious of foul play when he noticed trucks from Sinclair’s company hauling drilling equipment into the Teapot Dome reserve. Miller asked Wyoming’s U.S. Sen. John B. Kendrick, also a Democrat, to look into this matter, and Kendrick referred the matter to a Senate investigating committee. Existence of the leases became public in April 1922. Public interest in the scandal grew from that point on. 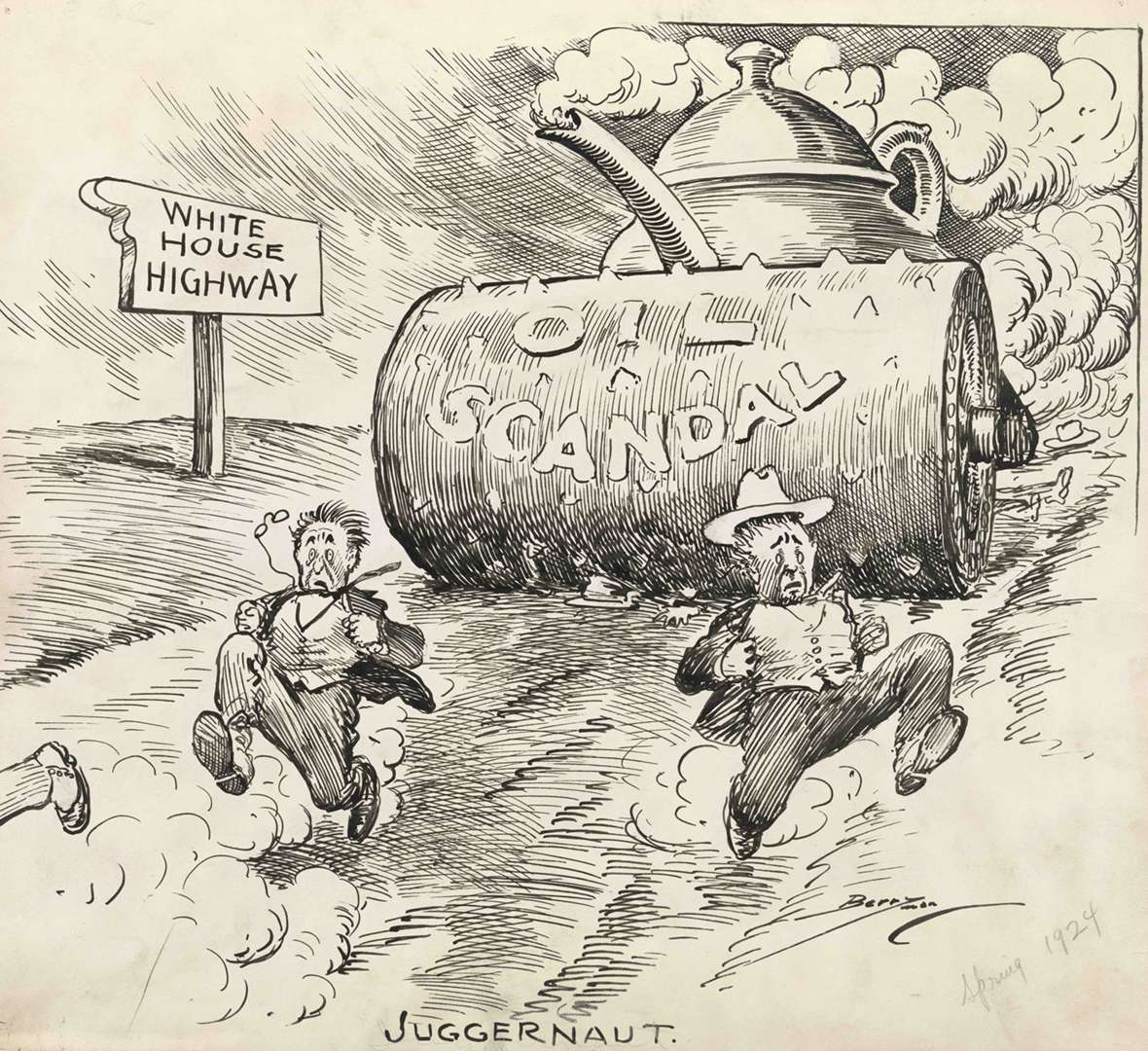 In the summer of 1923, Harding traveled to the West, stopping in Wyoming, Yellowstone National Park and Alaska. However, he died suddenly in San Francisco. Some historians believe Congress might well have impeached Harding for his role in the scandal had he not died that year. A few years later, Albert Fall became the first cabinet-level officer in American history to go to jail for crimes committed while serving in office. Though Fall had been convicted of accepting bribes, Sinclair and Doheny were exonerated of the charges of giving the bribes to Fall. Sinclair did serve a 9-month prison term for contempt of Congress. Sinclair had hired detectives to trail jury members during the original bribery trial.

In a final court action, the U.S. government sued to cancel the leases that Fall had given as bribes to Sinclair. U.S. District Judge T. Blake Kennedy in Wyoming ruled that the leases were legal and had to stay in effect. The U.S. Supreme Court finally overturned Kennedy’s decision, however, and the leases were canceled.

Because of the corruption surrounding Harding, many historians still consider him one of the worst presidents ever to serve in that office.

The selections linked below, “The Teapot Dome Scandal” and sections of “The Oil Business in Wyoming” offer substantial background on the topic for teachers and for students 8th grade and up. The articles may be demanding for 6th and 7th graders.

The political cartoon, above, was published in a Washington, D.C. newspaper in 1924, a presidential election year. President Harding had died the year before and his former vice-president, Calvin Coolidge, was about to run successfully for the office.

For help organizing your thoughts, download this photo analysis page and fill it out.

What does “White House Highway” mean? Who, do you think, are the two men in the road? Is there anyone else in the picture? What is the big machine? You’ll see the cartoon has just a one-word caption: “Juggernaut.” What does that mean? Look up the word if you don’t know it.  Was the scandal a juggernaut? Why or why not?

Write a few sentences about the cartoon—or draw another one about the scandal. Use examples from the articles linked above to defend or explain your answer.

See if you can tell the story—in a brief essay, a Power Point slide show or an oral presentation—of the Teapot Dome Scandal and how it affected both Wyoming and the nation.

You’ll need to consider: Who were the key figures in the scandal? What did they do to cause the trouble? Did they commit crimes? If so, were they punished? How? Why was oil drilling in the reserve originally prohibited? How is it that companies went ahead and drilled for the oil, even though this was prohibited? Use examples from the articles linked above to defend or explain your answer.

For more background, consider also why the oil field became a U.S. Naval Petroleum Reserve and its significance to U.S. national security. Explain the part coal played in the development of the petroleum reserves. Explain why this naval petroleum reserve was not closer to one of the coasts of the United States.

3. Guide a tour of the oil field

Imagine you are scheduled to take some history-minded tourists from outside Wyoming on a van tour of the area around Teapot Dome. Before you leave on the trip, you have 15 minutes to introduce them to the history of the scandal and give them an idea of what they might see.

Polish the essay, slide show or oral presentation you developed in Exercise 2 to give your guests an overview of the topic

You might want to hand out copies of these two maps. The first locates the Teapot Dome reserve in Wyoming; the second offers a closer look at the topography of the reserve. What features on the maps would you point out to your guests? 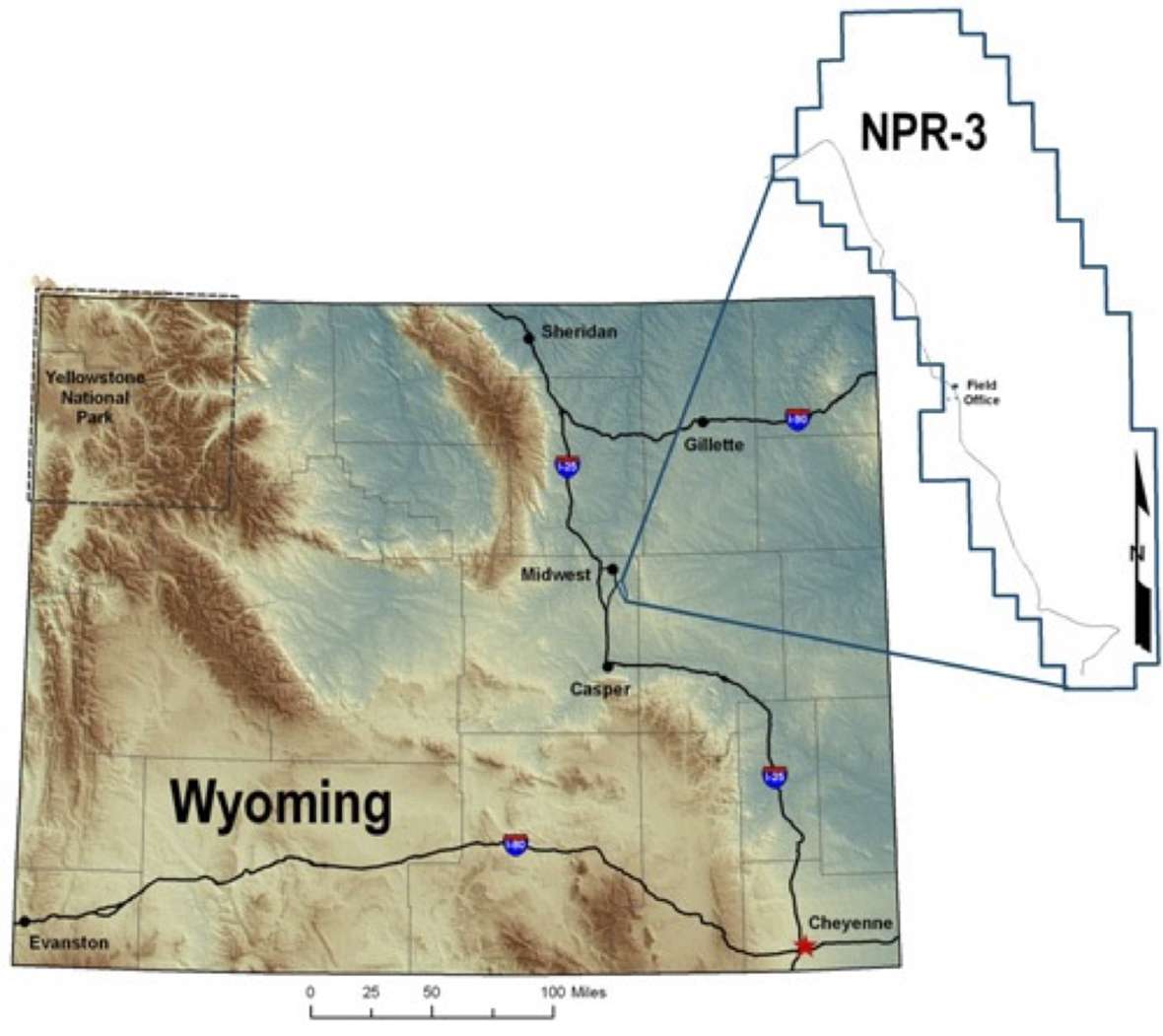 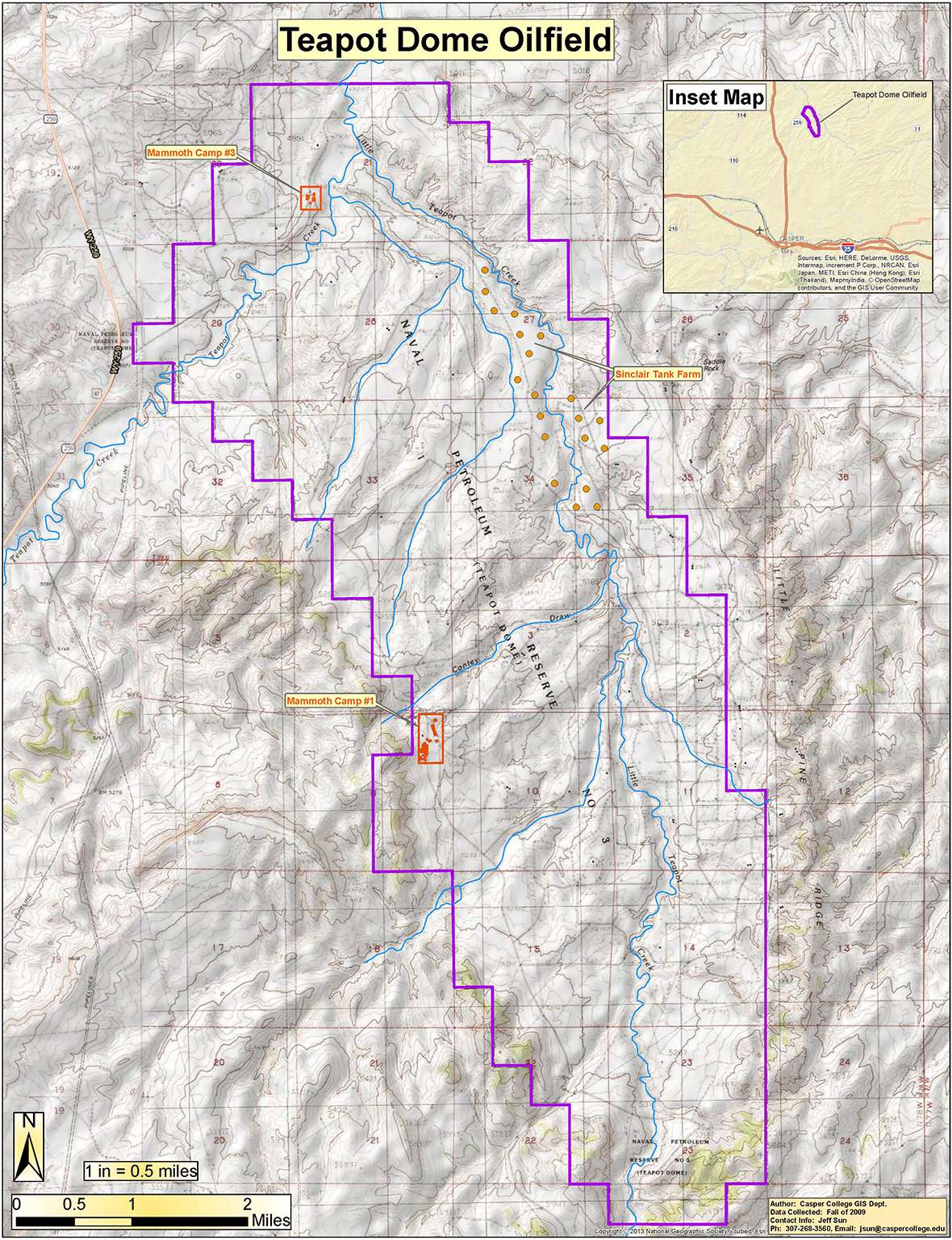 If you like paper maps, find a Wyoming state highway map. If you prefer computer maps, click here for a series of good maps of Wyoming’s physical features in the Wyoming Student Atlas. Can you locate Teapot Rock? (Hint: check out the map titled “More Natural Landmarks.”) 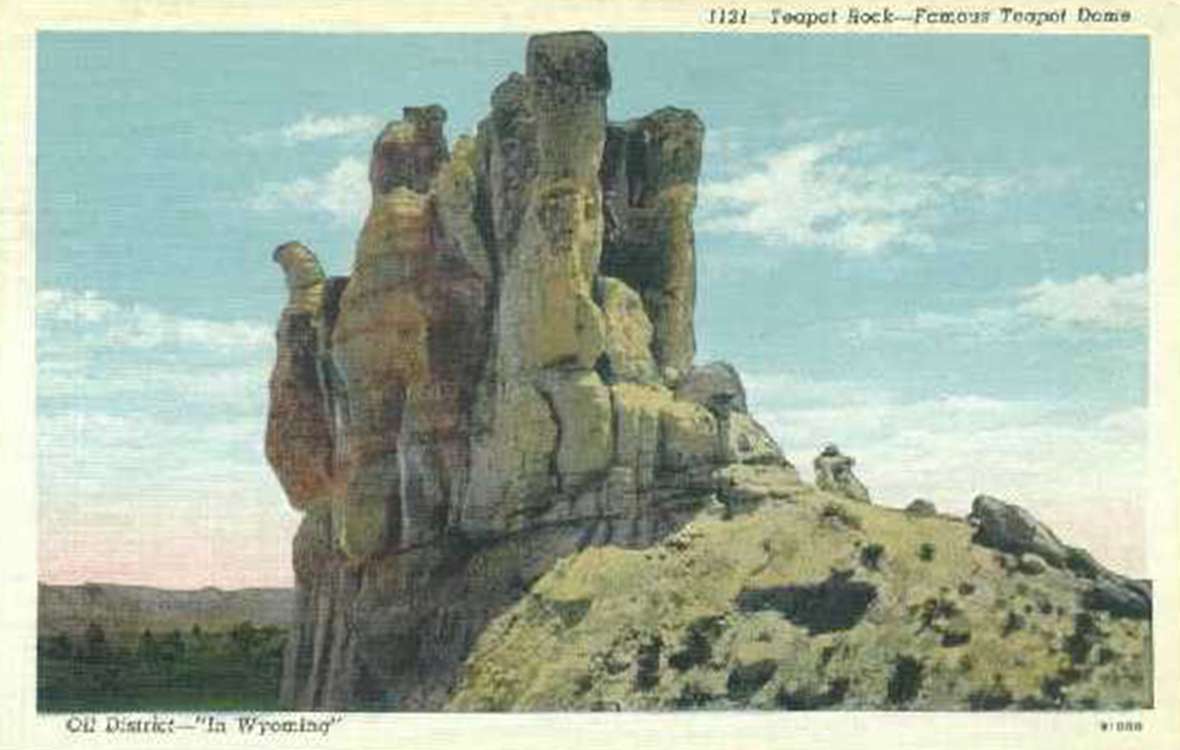 Now imagine that instead of riding in a van, you and your guests will be able to fly over the field in a small airplane. Next, watch this two-minute animated flyover of a trip from Casper north to the Teapot Dome Oil Field: 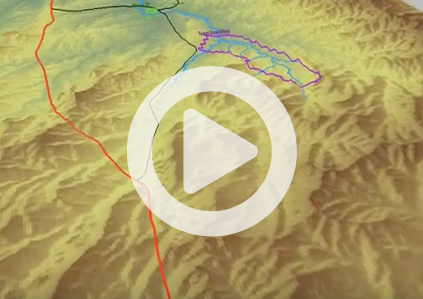 Whether you fly to the oil field from Casper or some other place in Wyoming, what route would you take? Figure it out from the maps. What features would you be sure to point out to your out-of-state guests? What stories would go with them?