The Fights at Platte Bridge: White and Native Views

The Fights at Platte Bridge: White and Native Views

Area 4: The United States During the Civil War (1850s-1860s)
Guiding Question: How did the Civil War fundamentally alter the nation?

The outbreak of the Civil War in 1861 shifted the military balance on the plains and mountains of what are now Wyoming and the West. Regular U.S. Army units that had patrolled the emigrant routes along the Oregon and Overland trails and the newer roads to Denver and Pikes Peak were called east to bolster the Union cause. 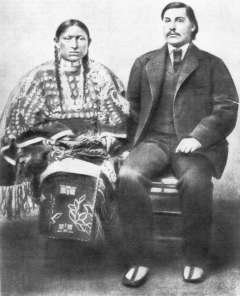 By that time, relations between white travelers, traders and soldiers and native tribes had been deteriorating for a dozen years, especially along the transportation routes. After the Civil War began, for several months there were no troops on the roads at all. Soon, at President Lincoln’s request, Mormon militia from the Salt Lake Valley arrived to patrol the transcontinental route in what’s now western Wyoming. In 1862, volunteer regiments of California and Ohio troops arrived in what are now Utah and Wyoming to patrol the roads and protect the new transcontinental telegraph.

In Colorado, meanwhile, gold was discovered near Pikes Peak in 1859 and the territory began filling up with white miners, merchants and a few families. Regular troops were called east from Colorado, as well, and military duties were taken up by poorly trained militias. One such unit of 700 men, led by Col. John Chivington, rode from Denver to Sand Creek in southeastern Colorado Territory in November 1864. There they attacked a peaceful Cheyenne village and slaughtered around 150 people.

Rage at this event led southern bands of Lakota Sioux, Arapaho and Cheyenne to travel north—raiding as they went—to join their northern relatives in the Powder River Basin of what’s now northeastern Wyoming and southeastern Montana. Out of that gathering rose the decision to attack the largest Army post west of Fort Laramie on the trails across Wyoming—Platte Bridge Station, where the trail crossed the North Platte River a final time.

Two separate attacks on July 26, 1865, resulted in the deaths of 28 soldiers, including young 2nd Lt. Caspar Collins of the 11th Ohio Volunteer Cavalry, for whom Casper, Wyo., is named.  These were two of the most significant Indian fights on the northern Great Plains.

A large Army expedition into the Powder River Basin later that summer proved entirely inconclusive. Raids and warfare continued for years up through the Custer defeat at the Little Bighorn in Montana in 1876 and the final withdrawal of the tribes onto reservations in 1877 and 1878.

The Civil War years, then, quickly deepened and widened the divisions between tribes and white newcomers—opening wounds that would take decades to heal. 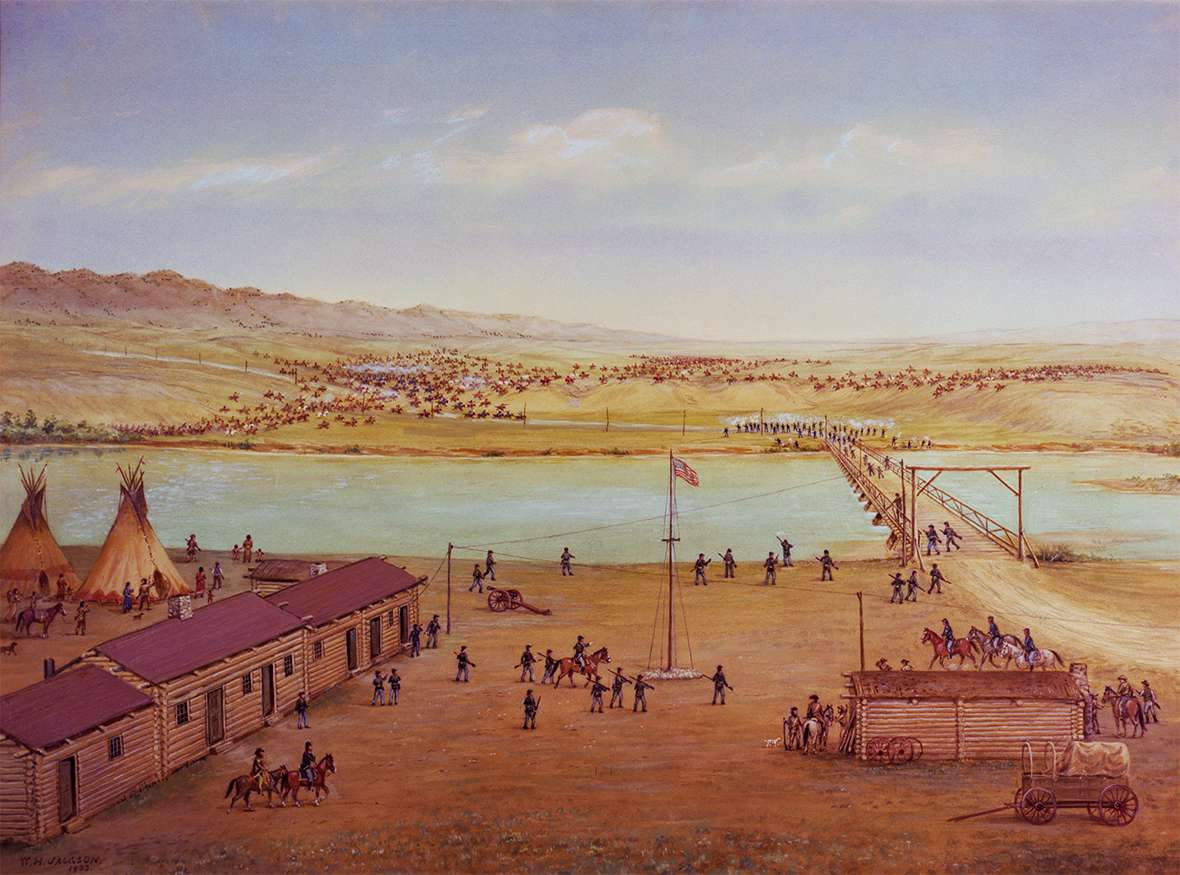 The articles linked below, “Gathering the Tribes: The Cheyennes Come Together after Sand Creek” and “The Battles of Platte Bridge Station and Red Buttes” offer substantial background on the topic for teachers and for students 8th grade and up. The articles may be demanding for 6th and 7th graders.

Read “Gathering the Tribes: The Cheyennes Come Together after Sand Creek”
Read “The Battles of Platte Bridge Station and Red Buttes”

Pvt. Hervey Johnson, of Hillsboro, Ohio, served with the 11th Ohio Cavalry in the mid-1860s at a string of small posts along the Sweetwater River from Independence Rock to South Pass, 100 miles to the west. During his three years in the Army, Johnson wrote about 100 letters home to his sisters and mother in Ohio. From various sources at the time he heard about the July 25, 1865, battle at Platte Bridge Station. He was not present at the fighting, but he heard about it shortly afterward. His letter expresses attitudes toward the Army and the tribes that may have been typical among soldiers of his time and place.

George Bent was the son of Owl Woman of the Southern Cheyenne tribe and William Bent, one of the owners of Bent’s Fort, the trading post on the Arkansas River in what’s now southeastern Colorado. George Bent was raised around the fort, educated in Missouri, served briefly with Confederate forces early in the Civil War and returned to the plains in 1862. He was with the Southern Cheyenne on Sand Creek when they were attacked by ill-trained Colorado troops late in 1864 and around 150 Cheyenne and Arapaho people were slaughtered.

Bent then joined with his Cheyenne relatives to make war and was present at the attacks on Platte Bridge in July 1865. After 1900, he began speaking and corresponding with the white historian George Hyde, who eventually made a book out of Bent’s accounts. This excerpt from that book describes, from the Cheyenne point of view, the attack on Platte Bridge and the events leading up to it.

Write a brief, 300-word essay on the differences between the two accounts. Why are they different, do you think? Use examples from the texts to defend or explain your answer.

3. William Henry Jackson was a frontier photographer who first came to Wyoming in the 1860s and 1870s. Late in his life, in the 1930s, he painted pictures of historical events—including the fight at Platte Bridge.

Examine Jackson’s picture of the battle. Study the picture for two minutes or so, taking your time. Then complete the photo analysis page. Download photo analysis page. Now that you’ve read accounts of the fighting that day, describe what is happening in each part of the picture. Would you say Jackson’s picture is accurate? Why or why not? Keep in mind the different points of view of that day’s events that you have read. Use examples from the texts to defend or explain your answer.