African-Americans in World War I

African-Americans in World War I 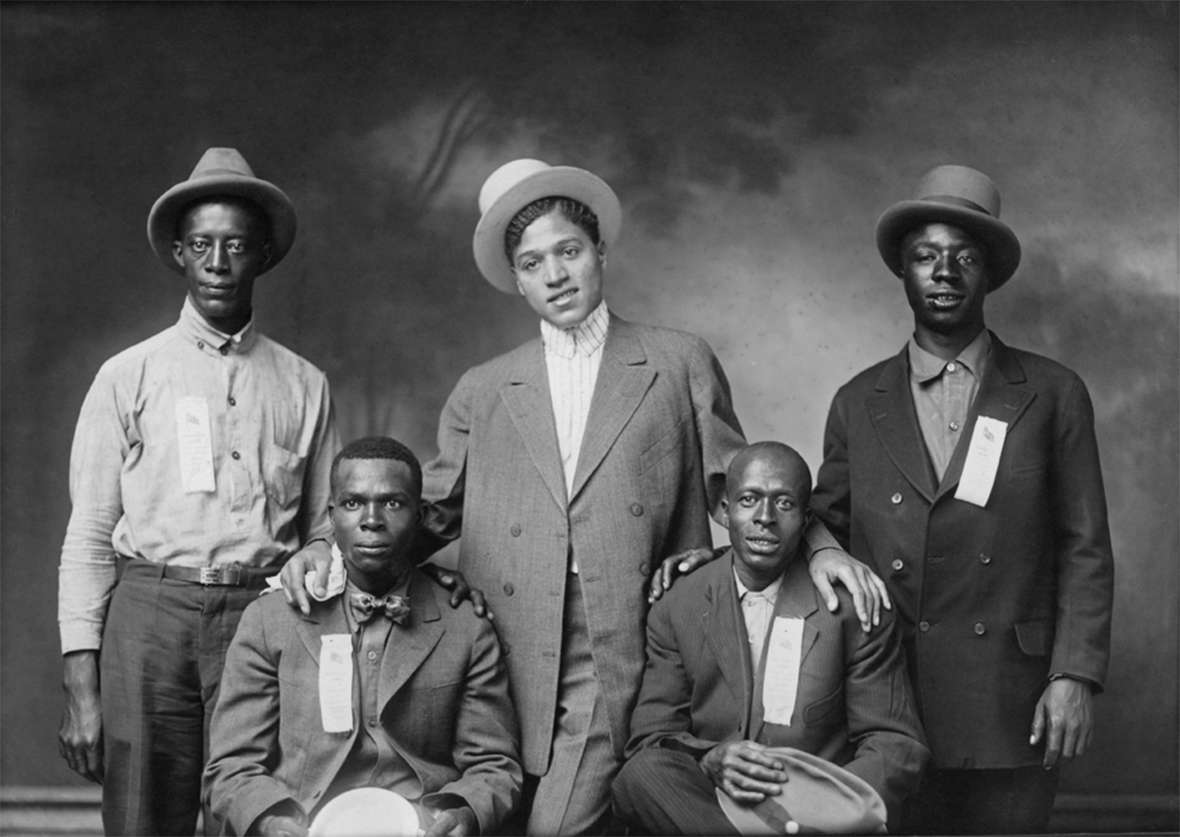 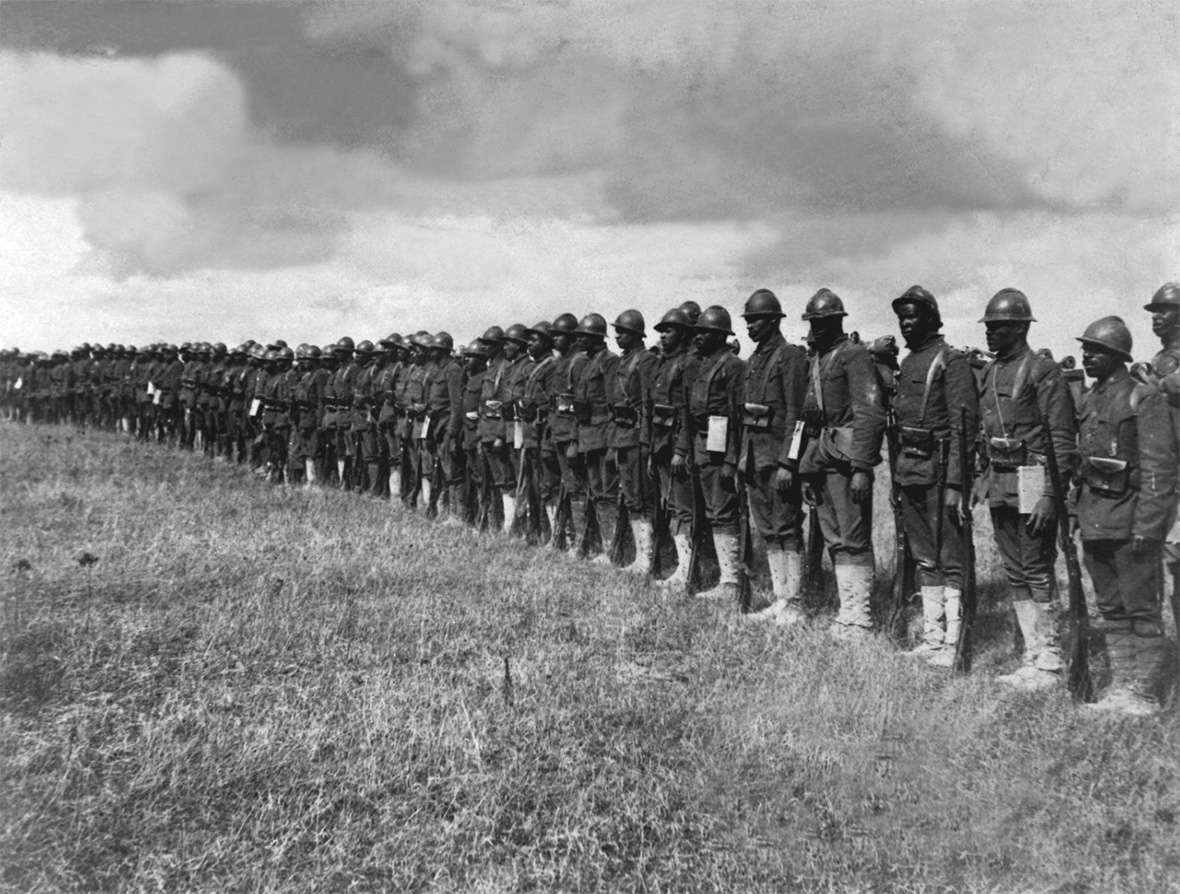 When the United States declared war against Germany in 1917, segregation remained deeply entrenched in our nation, and strong prejudices existed against citizens of color.

Still, leaders in the black community recommended temporarily setting aside differences. As W.E.B. DuBois, a founding member of the NAACP, wrote in the July 1918 issue of The Crisis magazine, “while this war lasts, forget our special grievances and close our ranks shoulder to shoulder with our white fellow citizens and the allied nations that are fighting for democracy.” 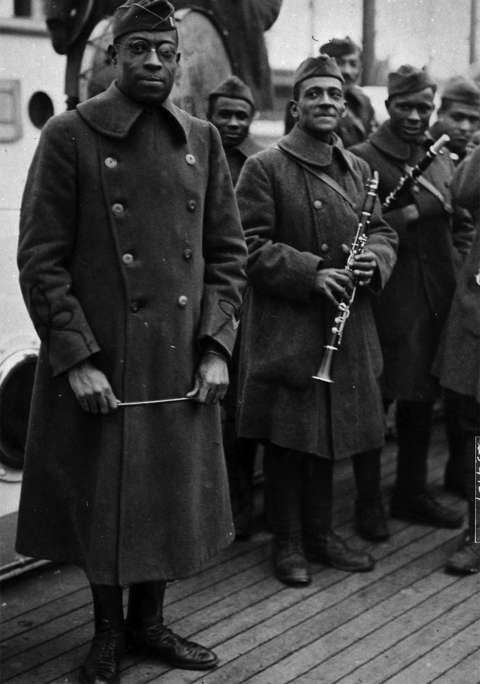 Accordingly, 2.3 million black citizens registered for the draft. The U.S. Marine Corps, however, refused to enlist any blacks. Although the U.S. Navy had a long tradition of enlisting black sailors, they accepted only a few men of color into relatively menial positions. But the U.S. Army incorporated 375,000 “men of bronze,” as they called them, into their ranks and for the first time in its history, commissioned 639 leading black citizens as officers.

Two hundred thousand of these men eventually served in France. The vast majority of them served the American Expeditionary Forces (AEF) as laborers with the services of supply. Their contributions to the AEF, although lacking glory and often considered trivial, were absolutely critical. Without these men’s unremitting and exhaustive labors, the logistical support system of the AEF would have collapsed. Victory in France owed much to these hard-working doughboys.

Two divisions of black doughboys were formed, the 92nd and 93rd. Both divisions served primarily with the French army, whose troops welcomed them and praised their fighting skills. Other military units also included black soldiers. The 369th Infantry Regiment, known as the “Harlem Hellfighters,” was comprised of black and Puerto Rican soldiers who had formerly served in the 15th New York National Guard. The Germans also dubbed them “Hellfighters” for their sheer bravery and mettle because they never lost a man to capture or ceded a foot of ground to the enemy. The 370th U.S. Infantry—formerly the 8th Infantry Regiment, Illinois National Guard—garnered considerable honors and received numerous decorations for valor. Theirs was the only African-American unit entirely commanded by black officers.

Despite their enormous contributions, the services of black doughboys were generally unrewarded, unappreciated and unacknowledged. After the Great War, the men returned to an America that remained deeply segregated and prejudiced. Another 30 years would pass before the United States and its armed forces began the belated process of integration.

Discuss and listen to jazz music.

Lt. James Reese Europe’s 369th Infantry Hellfighters Band. You can learn about Lt. Europe and the Harlem Hellfighters at: https://vimeo.com/171905241.The eight-minute film offers a vignette re-imagining Europe and some musician friends in Harlem being recruited for their musicianship by the U.S. Army, together with samples of Europe’s music, film clips of Harlem at the time and of black U.S. soldiers (some of them in French army helmets) fighting in France.

The Harlem Hellfighters band not only increased morale for the troops overseas, it brought a new form of music to Europe—jazz. Lt. James Europe’s band was the first real jazz that Europeans had ever heard. The links below are YouTube videos of actual recordings of the 369th Infantry Hellfighters Band. Listen to the music and then discuss. Suitable for all ages, although level of discussion will vary by age.

1.https://www.youtube.com/watch?v=wpFCuZ-B4j0 "On Patrol in No Man's Land"

Why do you think these songs would have been popular with World War I soldiers? What are these songs about?

3. https://www.youtube.com/watch?v=yGsVguiM5ao “Over There” sung by writer and composer George M. Cohan in 1936.

This was the most popular song of World War I. Although this recording is from about 19 years later, listen to this style of music and compare it with Lt. James Europe’s Harlem Hellfighters band. How are they similar? How are they different? Are they both patriotic? Is one more of a marching band style?

For further discussion: Linked above is another recording of “Over There” sung by an unknown artist and recorded in 1917. How does this style of music compare to Lt. James Europe’s band? Portions of a John Philip Sousa song are also included in this version of Cohan’s popular song. Can you identify the Sousa song? Another of Cohan’s popular patriotic songs is included during the bridge and at the end. Can you identify that song?