Area 11: The U.S. During the Struggle for Civil Rights (1960s-1970s)
Question: How successful was the U.S. in creating a more equitable society? 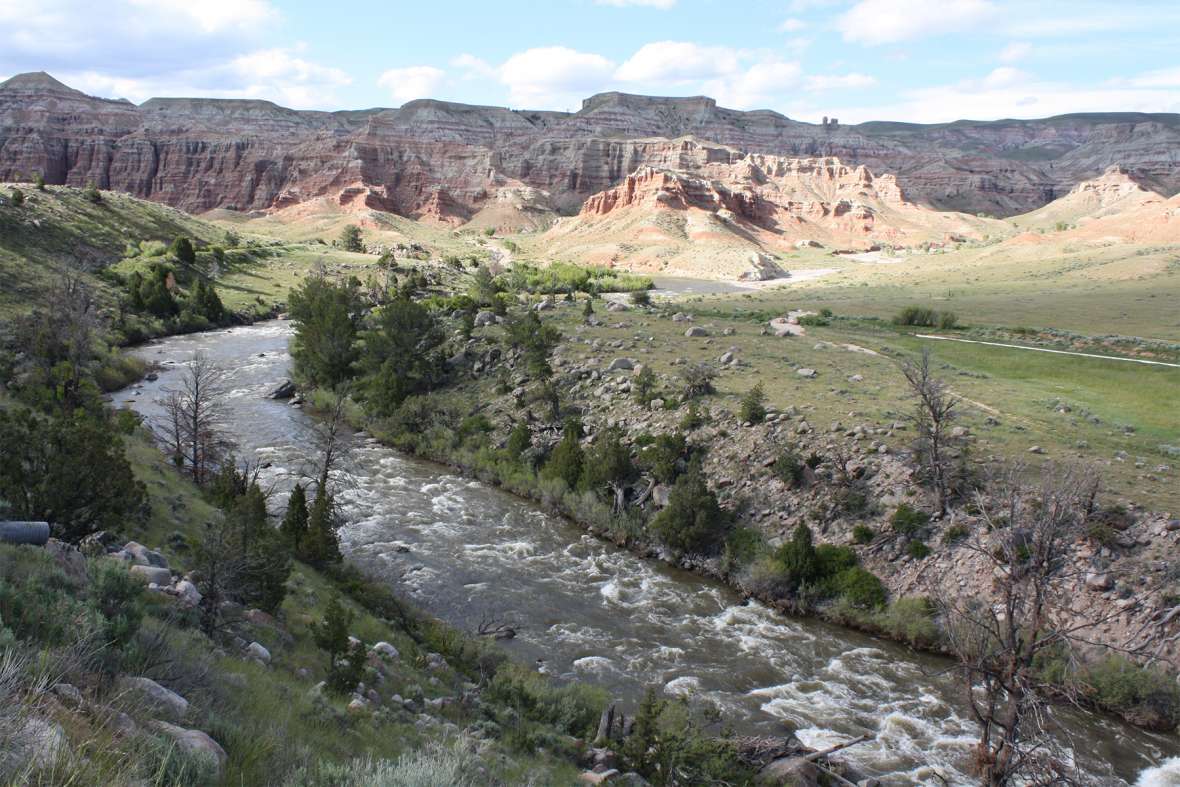 Introduction
The exercise asks students, after reading the summary and the longer article, to read part of the 1868 treaty between the federal government and the Shoshone; and to list what the government promised to do for, and give to, Shoshones that wanted to farm. Based on the list, students will write an essay answering some questions about the content of the treaty sections.

Plan
Read the first two paragraphs of Article VI, and all of Article VIII, of the "Treaty With the Shoshonee and Bannacks. July 3, 1868.” List the things the government promised to do for, and give to, the Shoshones that wanted to farm. Using this information, write a 250-300 word essay answering the following questions: Did the government require the Shoshone people to farm their land? Were they making it easier or harder for the Shoshone to farm? Use the information from what you read to support your answers.

The 1868 treaty between the federal government and the Shoshone mentions water in only two passages, both identifying early natural boundaries of the reservation. There is no mention of water use or water rights. Why not, given the importance of these issues in Wyoming?

Given that Indian reservations are sovereign nations, with autonomous governments, do you think it was legal for the Wyoming Supreme Court to impose state water-law requirements on the Shoshone and Arapaho for their water use on the Wind River Reservation? Why or why not?

Resource 1: Topic Summary
Virtually all of Wyoming is too dry for farming. Before many white people arrived, generations of native people lived here by hunting game and harvesting from wild native plants. By the mid to late 1800s, white settlers attempting to farm and ranch discovered that annual rainfall was rarely enough to support crops or feed for livestock. So they began to irrigate, drawing on nearby rivers and creeks. This was the beginning of water-rights disputes in Wyoming.

In 1868 the federal government and Shoshone tribe signed a treaty creating the Wind River Reservation, then called the Shoshone Reservation. (The Northern Arapaho tribe arrived 10 years later.) The government encouraged and sometimes pushed the Shoshone and other Western tribes living on reservations to farm or ranch. Therefore, they needed water, always scarce in the West. High demand generated many disputes, including a number of lawsuits in Wyoming, involving the Shoshone and also the Arapaho.

The U.S. Supreme Court ruled in 1908 that treaty lands had water rights along with those lands, granted at the time the treaty was signed. According to this decision, known as the Winters doctrine, the Shoshone and Arapaho on the Wind River Reservation had water rights dated 1868—much earlier than, and therefore better than, the water rights of white settlers who came later. This was important in Wyoming, where territorial and then state water law gave priority to those holding the earliest water rights. Priority means the user could take water out of a river or stream first, ahead of all users with a later claim to that water.

Although Wyoming’s first two federal judges upheld the Winters doctrine, thus protecting the Reservation’s 1868 water rights, other lawsuits followed, including one authorized by the Wyoming legislature when the city of Riverton in 1975 announced plans to drill for groundwater. Shoshone and Arapaho leaders objected, citing the 1868 treaty giving them ownership of all the groundwater under their reservation lands. This complex lawsuit, involving more than 20,000 square miles and 20,000 water claimants, continued for 37 years, from 1977-2014.

After much litigation and some contradictory rulings, the tribes’ treaty water rights were upheld, though narrowed, and also made subject to state water laws. The tribal engineer’s office continues to work to implement Wind River water rights, but many questions remain about who will manage and fund these efforts, and about other water-related issues in the area.

Resource 2: Article
The article "Native Rights to Wind River Water” offers substantial background on the topic for teachers and for students 9th grade and up. The article may be demanding for younger readers.

For more background see these articles on Shoshone and Arapaho people and on the Wind River/Bighorn Basin on WyoHistory.org:

The Arapaho Arrive: Two Nations on One Reservation
The Tribes Sell Off More Land: The 1905 Agreement
The Bighorn Basin: Wyoming's Bony Back Pocket