Area 13: The U.S. From the 1980s through the Present
Question: How has the U.S. responded to globalization and conflict in recent decades? 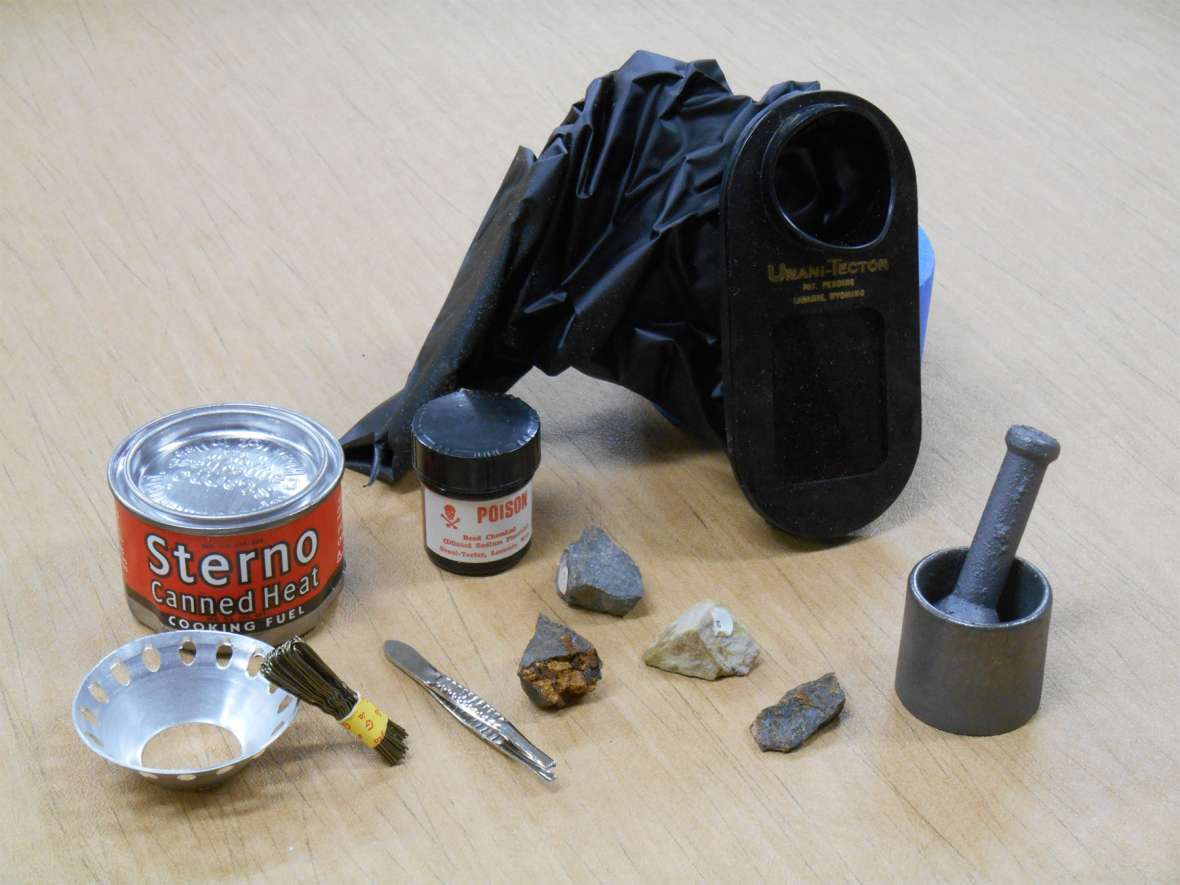 Introduction
The exercise asks students, after reading the summary and the longer history of the uranium industry in Wyoming, to describe and interpret a drawing of how uranium enters the human body, and the organs and systems it affects.

Plan
Fill out a photo analysis page for Figure 1, the drawing of the human body, on the second page of the article “Depleted and Natural Uranium: Chemistry and Toxicological Effects.” Using the information from your photo analysis page, write a short essay of 250-300 words, answering the following questions: Does the drawing clearly show the ways in which uranium enters the body? How many ways, and by what avenues? Make a list of the organs, glands, systems, and functions shown in this drawing. Does the drawing show any way that uranium leaves the body? According to this drawing, does uranium travel through or affect many parts of the body, or very few?

When uranium enters the body, most of it  is excreted before it can cause major problems. However, uranium has been associated with kidney damage in humans. Certain forms of uranium are highly radioactive, and a person can be harmed just by being near it. Given these health risks, combined with the huge amount of uranium Wyoming has produced, and the resulting jobs, do you think the uranium industry has been good for Wyoming?

In a normal business model, merchants set their prices according to what people will pay. If another producer sells the same item at a lower price, this forces other sellers to lower their prices or risk losing customers. This was not the situation for uranium producers during the Cold War, since the government set a minimum guaranteed price and also bought the uranium for manufacturing nuclear weapons. Why would the government guarantee a price for some products but not others?

Resource 1: Topic Summary
Wyoming has the largest uranium reserves in the United States. Uranium became important to the nation starting in 1948 when the federal government was building its nuclear weapons stockpile, and later, in the 1970s when nuclear power plants began to supply a substantial percentage of the nation’s electrical power.

In 1946, Congress established the Atomic Energy Commission, which set minimum guaranteed prices for uranium, bonuses for the discovery of new deposits and other incentives for producers. This reduced some of the risks of prospecting and mining, and prospectors began searching widely for uranium in the West.

A discovery at Pumpkin Buttes in southern Campbell County, Wyoming, brought hundreds of prospectors to the site, and in other parts of the state, people were finding uranium as well. The area north of Rawlins held significant ore deposits, some discovered by Robert Adams, a restaurant owner in Rawlins.

Mineral development requires substantial capital for the extensive prospecting, extraction and processing needed. Adams found an investor to finance his mining, C.W. Jeffrey, also of Rawlins. In 1954, Adams discovered so much uranium in the Crooks Gap area—in the Green Mountains south of the Sweetwater River and north of the Red Desert—that he built the Split Rock Mill in 1957. This was Wyoming’s first uranium mill, located south of the Sweetwater near U.S. Highway 287/Wyoming 789.

Between 1957 and 1981, the Split Rock Mill processed about 8 million tons of uranium ore. Even after government purchasing declined—with more than 30,000 nuclear weapons in the arsenal by 1965—nuclear power plants needed uranium for fuel. So demand remained high in the mid-1970s, and by 1980 the population of Jeffrey City was more than 4,000.

In 1979, a major setback occurred in the nuclear power industry with a partial meltdown at the Three Mile Island plant near Harrisburg, Pa. Uranium prices fell as demand decreased, and the Split Rock Mill eventually quit operating. By 1988, Jeffrey City was nearly vacant. Wyoming still produces uranium, but global competition together with the March 2011 earthquake, tsunami and subsequent radiation leaks at the Fukushima nuclear plant in Japan drove prices down to approximately $24 per pound by 2019. This was down from the peak price of $130 per pound in 2007. As of late 2019, less than 200 people were employed in the uranium industry in Wyoming.

Resource 2: Article
The article, “Wyoming's Uranium Drama: Risks, Rewards and Remorse,” offers substantial background on the topic for teachers and for students 8th grade and up. The article may be demanding for 6th and 7th graders.