Boom and Bust in the Salt Creek Oil Field

Boom and Bust in the Salt Creek Oil Field

Oil was first extracted from the Salt Creek Oil Field in the late 1880s. The field, about 10 miles long and five miles wide, lies 40 miles north of Casper, Wyo., and continues to produce oil today.

By the early 1920s, the oil business in Wyoming was booming. The company town of Midwest, located at Salt Creek, together with smaller towns and oil camps nearby, may have had a population of as many as 10,000. People had come from all across the nation and even from foreign countries to obtain work in the Salt Creek Oil Field.

Oil drilling in the Salt Creek Oil Field also led to a change in the nation’s laws. A new mineral leasing law passed by Congress in 1920 required oilmen to lease federal lands on which they wanted to drill for oil. Previously, they had been allowed to stake claims for drilling locations, much like prospectors searching for gold. Under the Mineral Leasing Act of 1920, oilmen leased the lands where they drilled. If oil was produced as a result, the oilmen paid production royalties to the federal government, just as they would be required to do with other landowners.

University of Wyoming History Professor Phil Roberts states that the oil industry “remained a bright spot in the state’s economy” during the 1920s. In 1920, he explains, oil prices peaked at a national average of about $3 per barrel. In 1923, the year of its highest production, 35.3 million barrels of oil were extracted from the Salt Creek Oil Field.

By the late 1920s, drilling of new wells had almost ceased. There were so many wells—thousands by now—that the pressure that pushed the oil out of the ground was falling. More and more of the wells needed pumps to keep them flowing—an added expense for the companies. Workers headed to Texas and Montana where larger oil fields were opening up.

The stock market crash of October 1929 shook the oil industry and decimated many others. The Great Depression followed, lingering for more than a decade. After the crash, the price of a barrel of crude oil at Salt Creek plummeted to 19 cents. By 1930, production in the field dropped to 10.5 million barrels—less than a third of what it had been seven years earlier.

The Salt Creek Oil Field is one of the longest continually producing oil fields in the world, with production of more than 650 million barrels during the century-plus of its existence. Analysts estimate as many as 1 billion more barrels of oil could be produced from this field.

The selections linked below, “Boom and Bust in the Salt Creek Oil Field” and sections of “The Oil Business in Wyoming” offer substantial background on the topic for teachers and for students 8th grade and up. The articles may be demanding for 6th and 7th graders.

Read “Boom, Bust and After: Life in the Salt Creek Oil Field”

Read the sections of “The Oil Business in Wyoming,”
entitled Salt Creek Field, Changing the Land Laws, and The Depression

1. Once you’ve read the first article and the sections of the second article, closely examine this postcard of the Salt Creek Field from the 1920s: 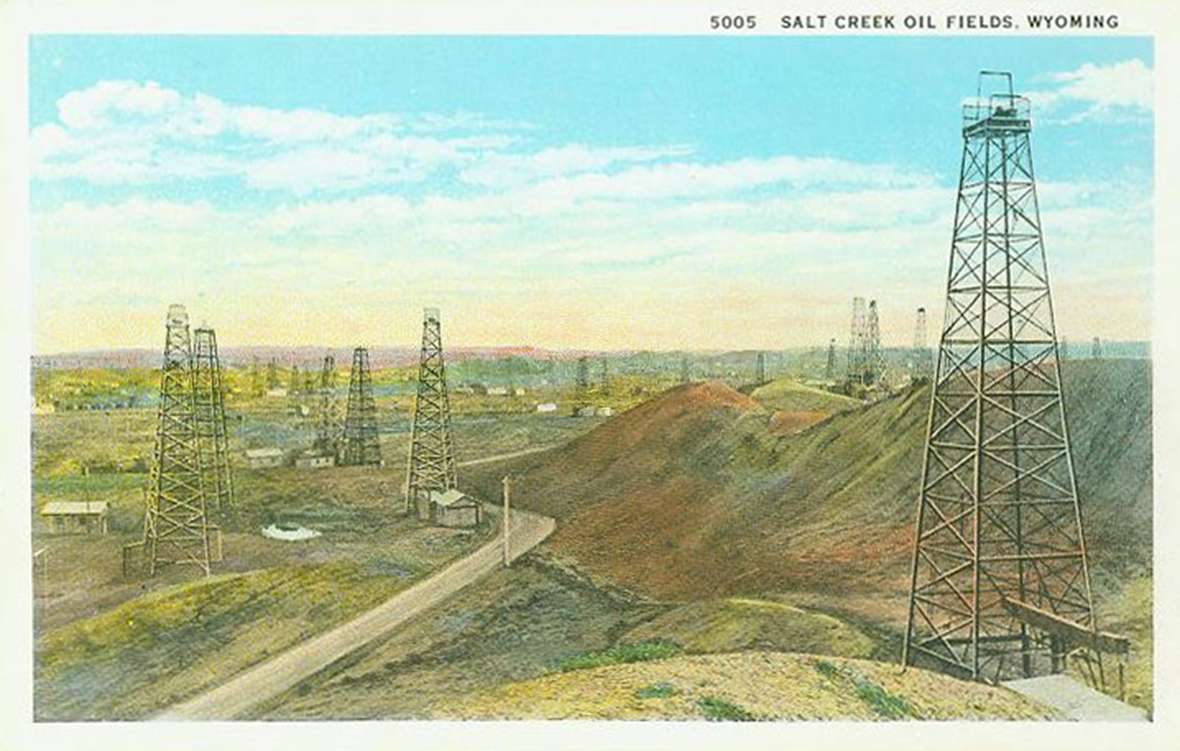 Then examine this photo, of oil field roughnecks drenched with crude oil shortly after they’ve shut off the flow from a gusher: 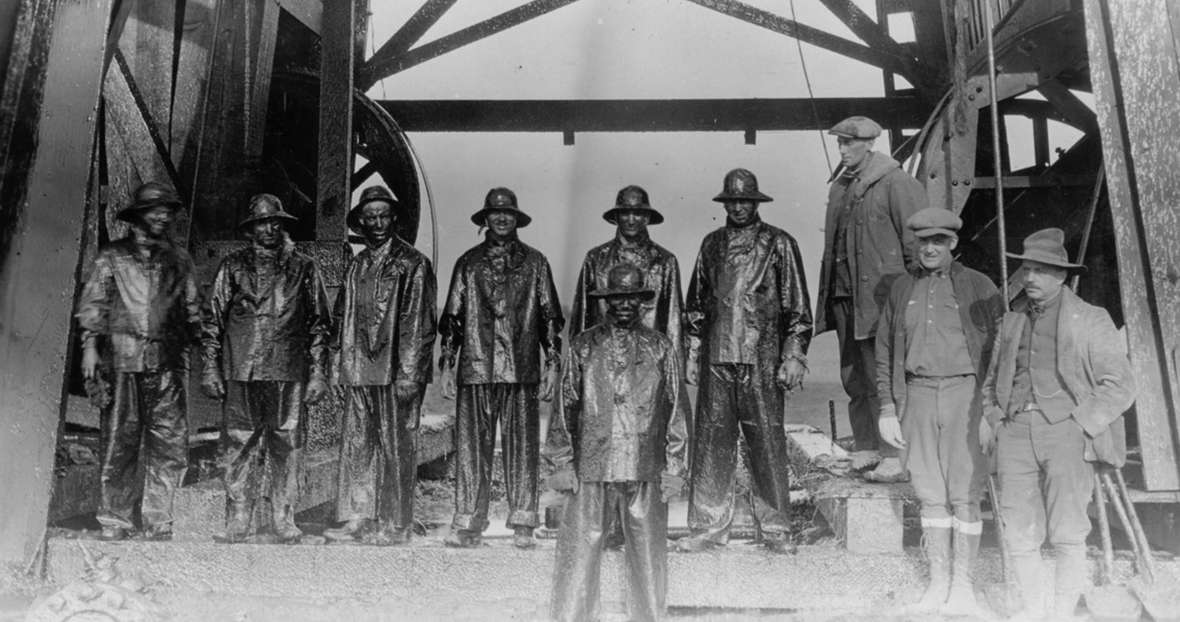 a) Imagine that you have just moved across the country to come to live and work in the Salt Creek Oil Field in Wyoming in 1923. Write a letter to your parents, family members or a close friend describing your experiences and the landscape. Include specific details about the time and place. Will you stay in Salt Creek? Why or why not? Will the tone of your letter be hopeful or discouraged? Why?

b) Write another letter to the same person, but this time, imagine that you are living in Salt Creek in 1930. Again, include specific details about the time and place. Would you stay in Salt Creek now? Why or why not? Will the tone of this letter be hopeful or discouraged? Why?

2. Imagine that you are prospecting oil claims.

For Further Study about the Oil Business: