Area 12: The U.S. From the 1980s through the Present
Question: How has the U.S. responded to globalization and conflict in recent decades? 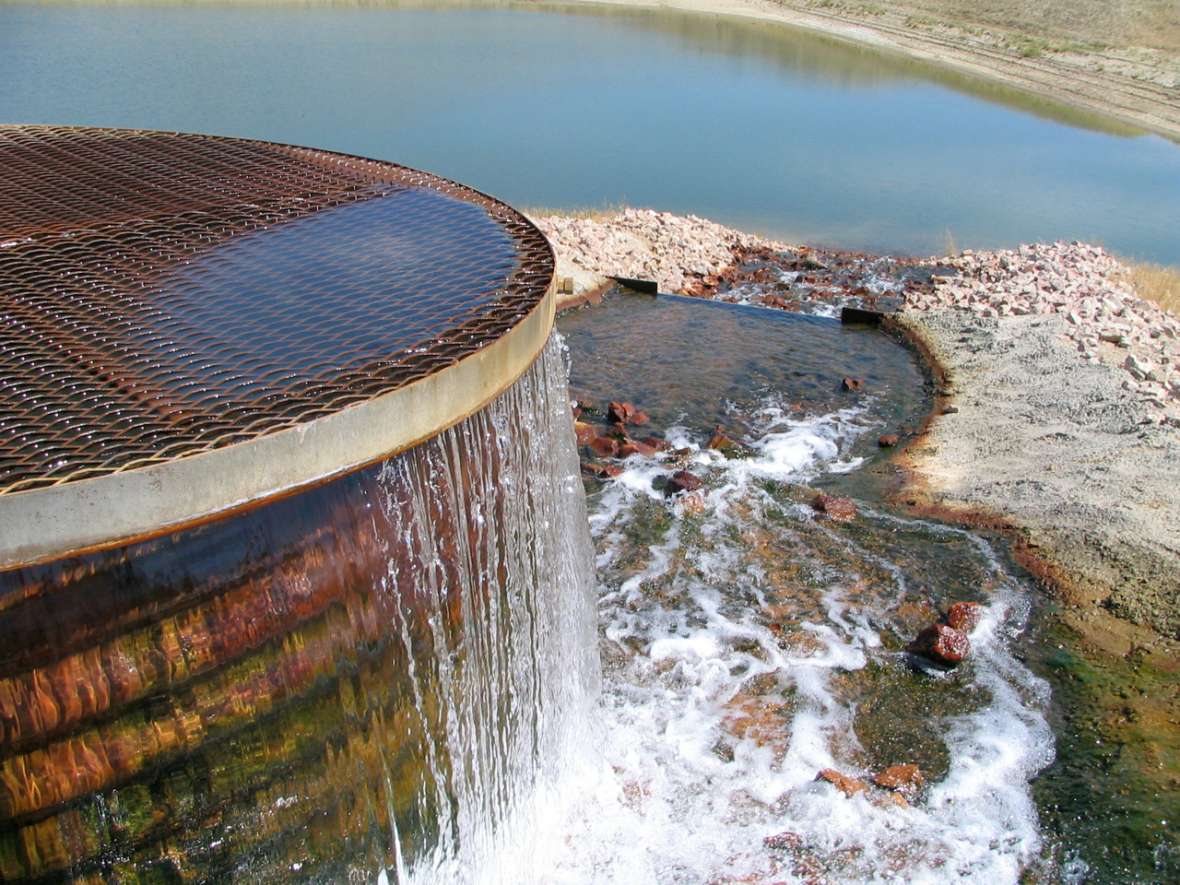 Introduction
The exercise asks students, after reading the summary and the longer article, to read and analyze a paragraph from a 2005 report generated by the Ruckelshaus Institute of the University of Wyoming.

Plan
Open the pdf “Water Production from Coalbed Methane Development in Wyoming: A Summary of Quantity, Quality and Management Options.” Go to p. vi in the pdf (p. 8 in the thumbnails).

Under the section headed Water Quality, read the third paragraph, beginning “CBM water may be...” Acronyms not defined in this paragraph are CBM (coalbed methane), PRB (Powder River Basin), EC (electrical conductivity) and TDS (total dissolved solids). To complete this exercise, you don’t need to know exactly what electrical conductivity and total dissolved solids are, only that they are factors evaluated in water quality.

Make a list of the problems discussed in this paragraph. Write a 250-word essay describing and defining these problems and explaining why government officials, landowners and coalbed methane operators in both Wyoming and Montana might have found them difficult to solve. If necessary, include information from the summary and longer article to support your analysis.

The article “Water Production from Coalbed Methane Development in Wyoming: A Summary of Quantity, Quality and Management Options” states, “A key water quality issue, not yet fully assessed, is the cumulative effect of numerous CBM water discharges on the overall water quality of basin streams.” The report is dated December 2005; the coalbed methane boom lasted from 1998-2008. Would the lack of data assessing an important water quality issue during the first seven years of the 10-year boom have caused problems? If so, problems to whom, and what problems? If not, why not?

If you were a landowner, how would you feel if a driller entered your property without your permission and dug into part of your land, but was not legally required either to get your permission or compensate you for surface damages?

If you were a coalbed methane producer and suspected you could profit from known effective drilling and separation techniques, how would you feel if told you had to wait three years? What would you want to do about this if you discovered a legal alternative?

Resource 1: Topic Summary
Coalbed methane is natural gas trapped in underground seams of coal. Wyoming’s Campbell County, in the Powder River Basin, has had so much coal near the surface that early settlers could dig their own coal, and companies over the decades have made billions of dollars mining it. Potential coalbed methane operators suspected they could garner huge profits from extracting the natural gas from these huge coal reserves by pumping out the water that was in the coal seams. Pumping water out of the seams reduced the pressure there and allowed the gas to escape as well. That is, the methane would come up in the water, where it could then be separated out.

The first Powder River Basin coalbed methane producers were Bruce Martens and Chuck Peck, who formed the American Oil and Gas Co. in 1989, and began buying mineral leases, hoping for future productive drilling. Martens and Peck began retooling water well rigs, initially pumping water and the accompanying gas from 500 to 1,000 feet below the surface. They also constructed tanks to separate the water and gas, and all these efforts succeeded. In the late 1990s, they sold the mineral rights in their gas fields for $40 million, setting off a drilling boom in the Powder River Basin.

Many rules, sometimes administered by multiple agencies, govern the complicated situations faced by owners of lands containing minerals. For example, some ranchers might own the surface of their land, but none or only part of the mineral rights. Depending on regulations, surface owners might or might not be able to prevent developers drilling on their land. In addition, the law that allowed drilling might not require those operators to pay surface damages to the owners.

Disputes over coalbed methane drilling were inevitable, tempers sometimes ran high and many landowners hired lawyers to defend their land and help them get profits from the extraction, or to try to prevent the disturbance of drilling on their property. Water became one of the most important and controversial issues because coalbed methane production pumped so much of it to the surface. This water was often salty, and thus had no value to landowners.

One issue chafing potential producers was an Environmental Impact study by the U.S. Bureau of Land Management that delayed coalbed methane activity by three years. This led to a notorious communication known as the “Go Blue” letter, issued by Harold Kemp, Assistant Director of Wyoming’s Office of State Lands and Investments. The “Blue” in the letter referred to a land ownership map that showed state-owned parcels in blue. Kemp’s letter urged drillers to begin their explorations on these state lands, since Wyoming charged much less for permits than did the federal government, plus there were few significant delays. However, some landowners felt that the resulting frenetic activity failed to honor their rights to peace and quiet, surface damage compensation and other important matters.

The Powder River Basin coalbed methane boom lasted a decade, from 1998-2008, generating millions of dollars in revenue. But by the early 2000s, natural gas producers had discovered new ways to extract it from existing underground deposits, not containing coal, in other parts of the state and nation. Coalbed methane—marginally profitable by comparison—collapsed, prices fell and never recovered.

Resource 2: Article
The article "Coalbed Methane: Boom, Bust and Hard Lessons” offers substantial background on the topic for teachers and for students 8th grade and up. The article may be demanding for 6th and 7th graders.

More about Gillette at Wyoming Places