Missiles and the F. E. Warren Air Force Base

Missiles and the F. E. Warren Air Force Base

“If Wyoming were a nation,” writes journalist Dan Whipple, F.E. Warren Air Force Base in Cheyenne “would make it one of the world’s major nuclear powers. Its history with nuclear weapons in Wyoming is tied closely to the worldwide tensions of the Cold War, and with the development of missile-based nuclear weapons systems.”

F.E. Warren Air Force Base was first Fort D.A. Russell, established in 1867 as a cavalry post. In 1947 the fort was transferred to the U.S. Air Force, and is the oldest continually active base in that branch of the military. Today, Whipple explains, the facility “has no airplanes. It is, however, one of the largest missile-command bases in the nation.” 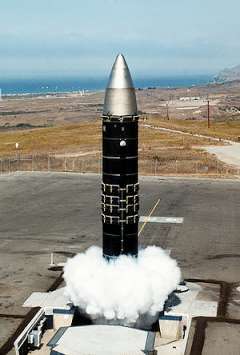 Since the end of World War II, missile technologies have changed dramatically and the politics of missile deployment have changed as well. Following detonation of the atomic bomb at Hiroshima, Japan, the U.S. military considered arming missiles with nuclear weapons. In late 1952, the creation of the hydrogen bomb, according to Whipple, “promised lighter, more powerful warheads.” Following the development of the Atlas and Titan intercontinental ballistic missiles (ICBMs), the U.S. Air Force in the late 1950s selected Wyoming’s F. E. Warren AFB and the former Lowry AFB in Colorado as operational sites for the Atlas and Titan respectively.

Beginning in 1960, Atlas missiles were located in deep underground silos in ranching areas throughout southeast Wyoming, western Nebraska and northeastern Colorado. The Atlas missiles were replaced in the mid-1960s with Minuteman I missiles, and Warren AFB controlled 200 of them. The Minuteman missiles each contained one thermonuclear warhead, so each missile “packed the power of nearly 100 Hiroshima bombs,” Whipple writes. The more advanced Minuteman III missiles replaced the Minuteman I missiles in the mid-1970s.

The U.S. military conducted tests twice each year. In the 1980s, a missile was taken from its underground silo in the Warren AFB area and test-fired above ground at Vandenburg AFB in California. There never was a successful launch of a Minuteman missile from inside a silo, though the Air Force made four attempts.

In the mid-1980s MX missiles became fully operational. Ten of these—each of which could release up to 10 nuclear warheads each with impressive target accuracy—were placed in silos controlled by F. E. Warren. Whipple calls these missiles“the pinnacle of Cold War land-based nuclear weaponry.”President Ronald Reagan referred to them as “Peacekeepers.” Some ranchers in the area where the missiles were located protested; other people protested at rallies in Cheyenne and elsewhere.A larger deployment of the MX missiles was cancelled because of concerns of accidental launches and questions about survival if such an accident occurred.

In 1988, a missile collapsed in its silo, Q-10, on the Wyoming plains. This triggered a “missile away” warning, but the missile did not launch. Analysis of the accident showed that an epoxy bond failed. Technicians also violated safety regulations. According to Whipple, if an accidental launch inside the closed silo had occurred, there would have been no nuclear explosion but nuclear radiation could have contaminated the silo and the surrounding area.

Whipple writes, “The last MX missiles were decommissioned in September of 2005. Warren AFB currently commands 150 Minuteman III missiles as its main operational mission.” In October 2010, 50 of the missiles were taken temporarily offline because of a hardware failure.

The U.S.-Russian Strategic Arms Reduction Treaty (START) was signed in April 2010 by Russia and the United States and went into effect on Feb. 5, 2011. The treaty allows a maximum of 1,550 nuclear warheads on alert in the U.S. Whipple explains that the treaty “has important implications for the future of F.E. Warren Air Force Base, particularly as Warren’s mission is confined solely to the support of land-based ICBMs.”

The article linked below, “Wyoming’s Nuclear Might: Warren AFB in the Cold War” offers substantial background on the topic for teachers and for students 8th grade and up. The article may be demanding for 6th and 7th graders. Caution to teachers: The PBS American Experience documentary, “Command and Control,” linked below under “For further study,” tells the true story of a 1980 accident at a missile silo in Arkansas in which 31 airmen were injured from which one later died. It runs an hour and a half.

Read “Wyoming’s Nuclear Might: Warren AFB in the Cold War.”

1. Reread the “Safety problems” portion of the “Wyoming’s Nuclear Might” article, read the Rapid City Journal article, “Details of South Dakota Nuclear-Missile Accident Released,” about a non-fatal accident at a silo in South Dakota in 1964 and if possible Find the time to watch “Command and Control,” the 90-minute 2017 PBS documentary about a deadly accident at a nuclear missile silo in Arkansas in 1980. The newspaper article and the documentary are linked below. Caution to teachers: The documentary runs about an hour and a half; some students may be sensitive to its description of the single death and many injuries caused by the accident. Access most likely requires a PBS subscription; if that’s the case, your school librarian may be able to help.

What would you do in the case of an accident like one of these at one of the Wyoming silos? Have your teacher assign students roles to play and discuss this from several perspectives: as a person who lives and works in Cheyenne; as a rancher with a family who has a cattle herd in a pasture where the missile silo is located; an Air Force officer at F.E. Warren Air Force Base who is a commander of the AFB’s missile wing; an Air Force enlisted man whose job is to maintain the missiles—and troubleshoot the damage from the accident. Then write a few paragraphs about what actions you would take, if you were one of these people. Use examples from the documentary or the articles to defend or explain your answer. 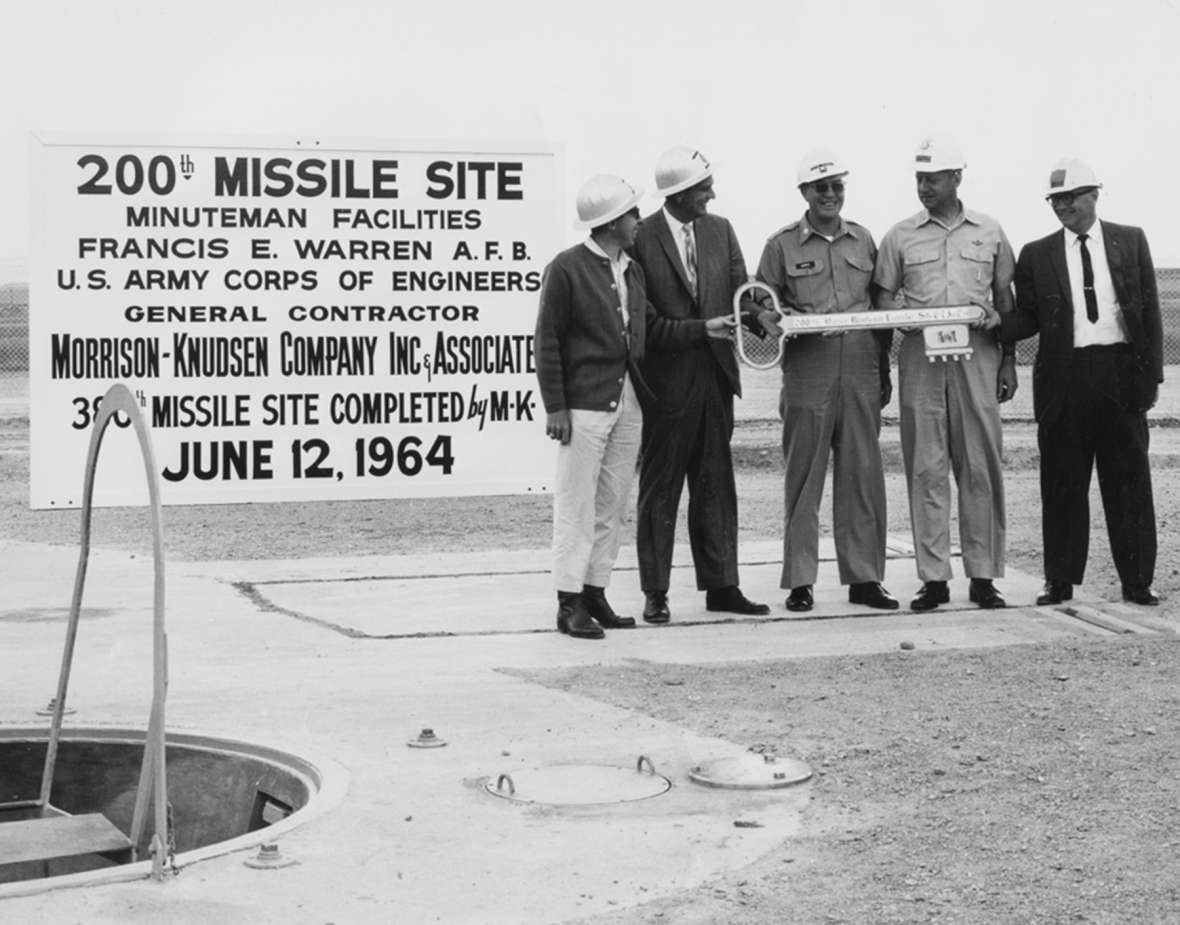 2. None of these accidents was known to the public until long afterward—decades, in some cases. Do you think the Air Force was right to keep them secret? If you lived in a nearby town, or if a silo was located on or near your ranch, would you want to know at the time what had happened? Or soon afterward? Why or why not? Write a few paragraphs, using examples from the documentary or the article to defend or explain your answer.

In “Wyoming’s Nuclear Might,” we learn that the when the MX missiles were being deployed, they were protested by some in the 1980s, including Wyoming ranchers on whose land missile silos were located. In “Ground Zero, Wyoming,” the 29-minute Wyoming PBS documentary linked below, we see comments from various Air Force officers and enlisted people at Warren Air Force Base, from the mayor of Cheyenne, anti-MX protesters, and the Kirkbrides, local ranchers with missile silos on their ranch.

Some protesters argue that the MX, with its multiple warheads, was so advanced in its targeting capabilities that it would destabilize the arms race with the Soviet Union, making the Soviets more likely to strike first. Earlier Atlas and Minuteman missiles, by contrast, had only one warhead each. That is, they argue, the MX was an offensive weapon, while earlier missiles were defensive.

Air Force personnel argue that it was the very power of the MX that led the Soviets to abandon the arms race, hastening the end of the Cold War. Write an essay on which of these points of view—or what combination of them—you find most persuasive. Use specific examples from the articles, the documentaries or both to defend or explain your answer. 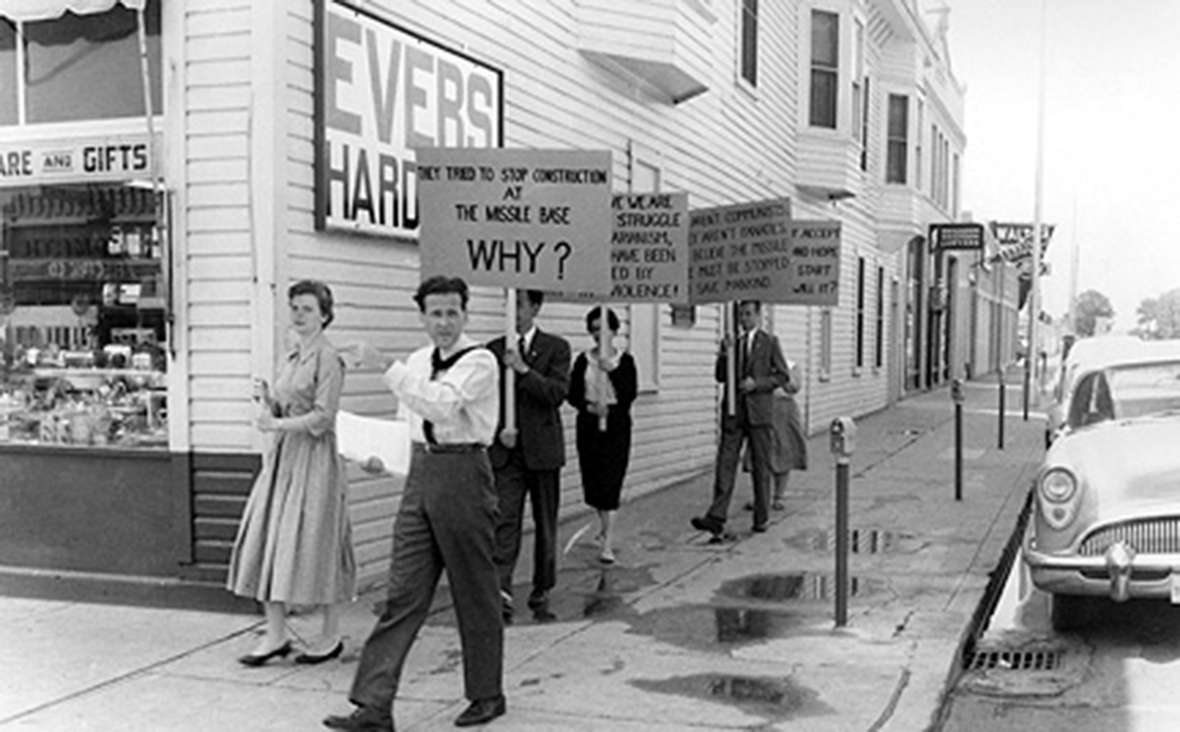