Fort Laramie is best known for the years from 1849 to 1890, when it served as a military post in the western Indian Wars. Earlier fur-trade, robe-trade and emigrant-supply forts that existed on the same site from 1834 to 1849 are less known and understood.

In the spring of 1834, Fort William on the Laramie was established by fur traders as a stockade made from cottonwood logs. In 1841, a replacement structure, Fort John, was built using adobe bricks. In 1849, the U. S. Army bought the structure and established a military post that became officially known as Fort Laramie, though the other two posts had often been known as the fort on the Laramie, or just Fort Laramie. The Army post existed until 1890. While not the earliest Euro-American settlement in what we now know as Wyoming, Fort William/John/Laramie remains the longest continuously occupied Euro-American location in the state. 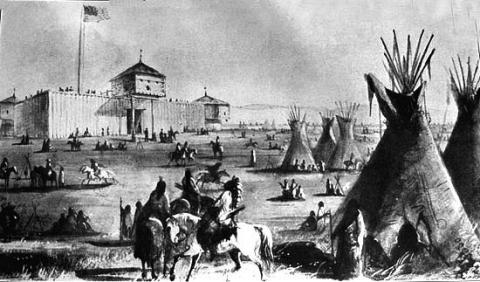 In June of 1834, William Sublette and Robert Campbell established the first fur trading post at the confluence of the Laramie and North Platte Rivers. The confluence of these two rivers was one of Western America’s most strategic geographic places, especially for the developing buffalo-robe trade that was already replacing the beaver-fur trade by that time.

A trading post in this location could control supply to a vast area of the central Rocky Mountains and a large area of the bison range in the Great Plains, as stated in the journal of William Marshall Anderson:

“May 31, 1834 -- This day we laid the foundation log of a fort, on Laramee’s fork. A friendly dispute arose between our leader and myself, as to the name. He proposed to call it Fort Anderson, I insisted upon baptising it Fort Sublette, and holding the trump card in my hand, (a bottle of champagne) was about to claim the trick. Sublette stood by, cup reversed, still objecting, when Patton offered a compromise which was accepted, and the foam flew, in honor of Fort William which contained the triad prenames of clerk, leader and friend.”

By this time, the log stockade of Fort William was deteriorated and provided little real protection to its occupants. The shabby look and decaying features of Fort William were not good for business. In order to re-capture the trade, the American Fur Company invested $10,000 in the construction of a replacement.

Completed in 1841, the large and impressive Fort John was opened for business. Named for a partner in the company, John Sarpy, Fort John was built of thick adobe walls surrounding a central courtyard.

Fort John was the structure many of the early Oregon/California Trail emigrants associated with Fort Laramie. It was the impressive structure seen at the south end of the present parade ground throughout the early years of overland migration. As such, many more travelers sketched this structure. We thus have a much better record of what Fort John looked like than Fort William.

By 1849, the flood of westbound emigrants motivated the government to take steps for their safety. A string of army posts along the trail could provide a sense of security, keep the trail open, and allow for reliable points of supply and repair. In April 1849, the Regiment of Mounted Rifles moved into the old adobe fort after the U.S. Army purchased it from the American Fur Company for four thousand dollars. The 41-year military period then began and what we now see and know as Fort Laramie was established.

All three versions of the post were important stopping off places for the increasing number of travelers along the trails to Oregon, California and Utah. The post became an oasis. Through most of the 1840s it was the only permanent trading post for the 800-mile span between Fort Kearney in present Nebraska, and Fort Bridger in what’s now southwest Wyoming.

Historic trails and routes that passed through Fort Laramie, in addition to the Oregon and California Trails, were the Mormon Trail, Bozeman Trail, Pony Express Route, Transcontinental telegraph route, and the Deadwood and Cheyenne Stage Route.

Fort Laramie also served as headquarters for military campaigns. An estimated 50,000 pioneers had passed through the fort by 1852, and with the waves of emigrants, tensions with Plains Indian groups increased. The Grattan fight of 1854, which involved an incident with a wagon train near Fort Laramie, was the first major battle of the Indian Wars on the northern Great Plains.

Great Indian councils that attempted to bring peace to the land occurred at the fort in 1851, 1866 and 1868. Campaigns against the plains tribes during the last half of the nineteenth century,however, testified to the ultimate failure of these treaties to maintain peace. Operating from Fort Laramie and neighboring posts, the Army eventually subdued the Lakota Sioux, Cheyenne, Arapaho and other tribes in the area.

The fort witnessed the development of the open range cattle industry, the coming of homesteaders, and the settlement of the plains that marked the closing of the frontier. The Army abandoned the fort in 1890 and the buildings and land were auctioned off to the local citizens. More than 50 buildings during this time were moved elsewhere, demolished or dismantled. 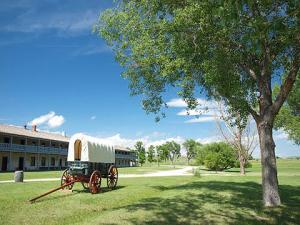 The structures that remain today at Fort Laramie remain only because of the efforts of local homesteaders who forestalled the disappearance of the buildings. In 1927, the Wyoming Historical Landmark Commission focused public attention of the fort and by 1936, the National Park Service representatives showed an interest in preserving Fort Laramie.

Fort Laramie’s visitors often ask, “Where is the original fur trader post [Fort William] located?” The National Park Service and fur-trade historians have long asked this same question. Despite the early depictions and descriptions of Fort William, the exact location of the fort has been lost to history.

Only archeology will determine the location of Fort William and other early structures. Such studies are vital to understanding the full history of Fort Laramie from its beginnings in 1834. The first archaeological investigations at Fort Laramie National Monument were begun in mid-August 1938 by a Civilian Conservation Corps work force under the direction of G. Hubert Smith, shortly after the property was designated a national monument.

This early work at Fort Laramie National Monument set the tone for the following eighty years: construction or restoration work was always preceded by archaeological investigations or monitored for archaeological content. More than 75 such projects have been completed and there is no end in sight. A recently completed geophysical survey of the central portion of the fort, including the area around all standing structures, revealed so much about the archaeology of Fort Laramie that it would take more than 100 years of excavation and analysis to completely record the site’s archaeology. 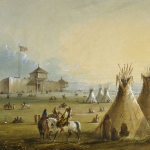 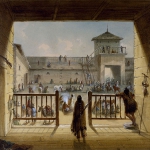 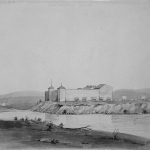 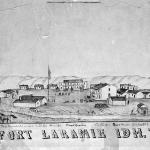 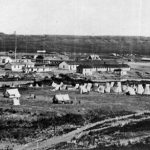 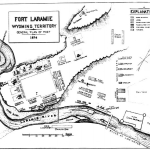 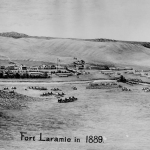 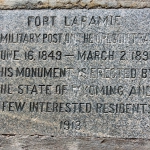 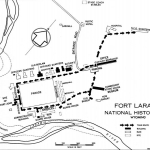 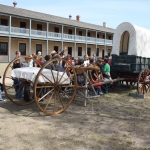 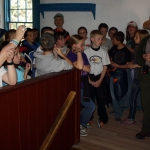 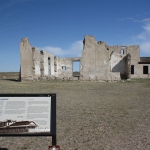 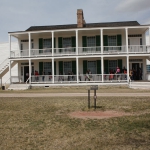 Visiting Fort Laramie: An Outpost on the Prairie