The Grave of William Clary

The Grave of William Clary

Cattle drives along the Oregon-California Trail were fairly common during the 1850s, but are poorly documented and scarcely mentioned in diary accounts. The Cyrus Loveland diary, written by a member of one cattle drive, is unique.

The diary is also interesting for its details on the death and burial of William Clary, one of the men on the drive. Clary’s grave still survives on private land southeast of present-day Torrington, Wyo., not far from the Wyoming-Nebraska line.

Loveland spells the name “Clarey,” but the 1850 census for Pike County, Mo., confirms that the spelling shown on a photograph of the headstone, “Clary,” is correct. The census finds William, age 19, and John A., 17, in the household of their presumed parents, Daniel and Rachel (Llewellen) Clary. 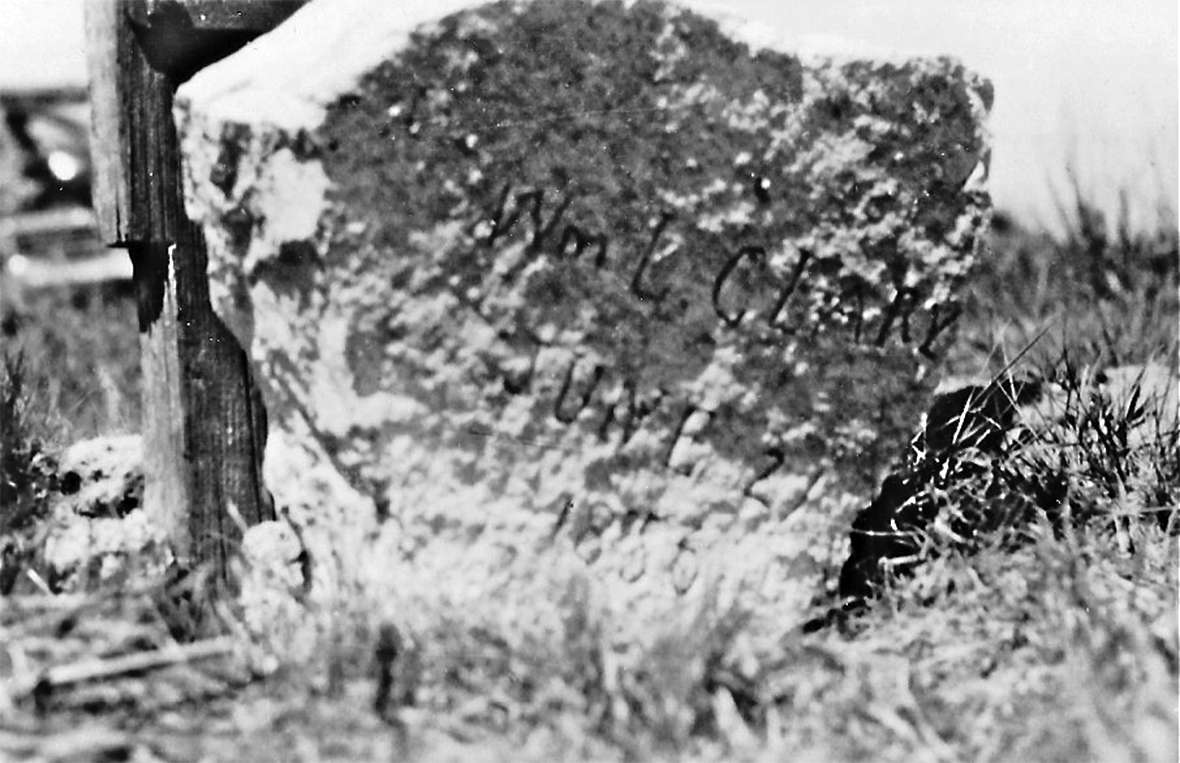 William and John had one brother, Abraham, and five younger sisters. The two teenagers were born in Kentucky, but the six younger Clary children were all born in Missouri, indicating that the family arrived in Missouri about 1834. In the box for “occupation” in the 1850 census record for William and John Clary, it is written, “to the mines.”

On July 3, 1850, Micajah Littleton, a diarist with another company, passed the Clary grave. In the evening Littlejohn recorded inscriptions of nine grave markers he had seen that day. Among these were “Geo. A. Gillum, June 21,” and “Wm. D. Clark,” also June 21. Littleton must have erred in copying the “Clark” marker, for it is believed that what he saw was indeed the grave of William L. Clary of Ashley, Pike County, Mo. Clary died within a few hours of his messmate, George A. Gillum, while they camped with their company near the site of the Clary grave.

Walter Crow, captain of the cattle-drive company of which Clary was a member, had been to California in 1849, but had returned almost immediately to Missouri to buy cattle to bring over the trail to the California market. He and four of his sons led the outfit.

There were 46 men, mainly from Pike and Lincoln counties, in the 1850 cattle-drive company. Diarist Loveland writes that he was from Cooperstown, N.Y., and was a recent arrival in Missouri. The group left Independence, Mo. on May 13, 1850, with 721 head of loose cattle and 64 head of work steers, and, judging from the number of work steers, about ten wagons. Apparently, William and John Clary were not working for the Crows, as their mess—the group they cooked and ate with—is listed by diarist Loveland as “a team that traveled with us.”

Many of the men were plagued by ill health. On June 10, Levi Armstead died near Ash Hollow, in present Nebraska. On June 15, the main body of the Crow Company camped near the eventual site of the Clary grave. Later that evening the Gillum-Clary team arrived. They had been left behind on June 13 because of the illness of George Gillum. On June 16, the main party went on and again left the Gillum-Clary team behind, along with two additional teams from the main company. They stayed because one of their own, John Mosier, was also on the sick list, and for at least a week this smaller party remained in camp tending several men too ill to travel.

On July 3, the main party camped near Devil’s Gate, 200 miles farther west, determined to wait until the balance of the company could catch up. The next day they celebrated Independence Day with a meal of fresh beef and peach pie. Loveland’s diary for July 4 reads as follows:

Markwood Merritt, another cholera victim, died the same day as Gillum while the main company was camped at La Bonte Creek, near present Douglas, Wyo. and about halfway along the trail between the Clary grave and Devil’s gate. Capt. Walter Crow would become the sixth company member to die when he passed away soon after their arrival in California. He had been in ill health for almost the entire journey.

Presumably the graves of John Mosier and George Gillum are close to that of William Clary, but only the Clary headstone survived to be recorded by later historians, albeit with some confusion whether the correct name was Clark or Clary.

The headstone disappeared sometime in the 1970s, and the site was nearly lost. The grave was restored and fenced in 1988, and then marked in 1993, by the Oregon-California Trails Association. 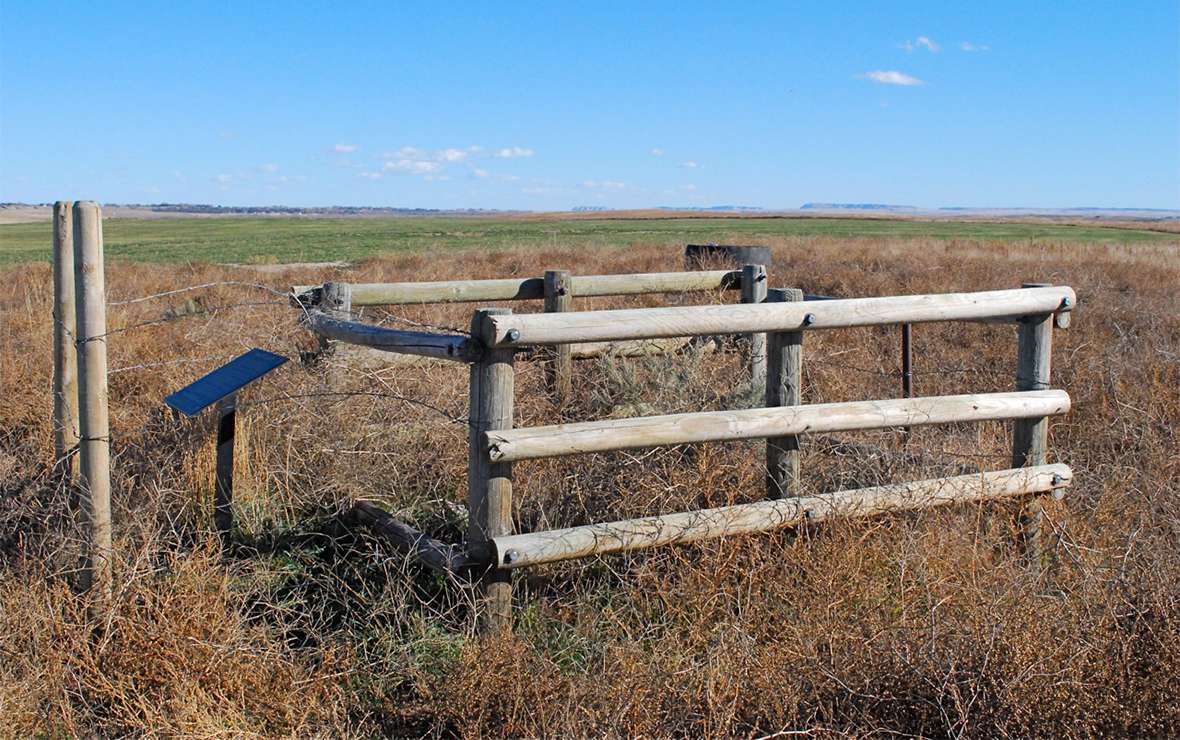 William L. Clary, 19, dies of cholera while bound for California with a cattle drive. His grave lies near Torrington, Wyo.

The Grave of Henry Hill
The Death of Charles Bishop
The Grave of Mary Homsley
Fort Laramie
Making a Home in Empire, Wyo.
Goshen County, Wyoming
Mexican Hill, a Steep Descent on the Oregon Trail