While the Civil War raged east of the Mississippi River, Euro-American settlement in what would soon become Wyoming Territory was decidedly limited.

A few isolated communities squatted near military reservations at Fort Laramie and Platte Bridge Station. A handful of lonely telegraph operators were guarded by blue-clad soldiers, occupying stations every 20 or so miles along the old Pony Express route. An assemblage of French-speaking traders, many of them entrepreneurs, had built toll bridges across the North Platte River and other businesses, and lived by them with their American Indian wives and families. 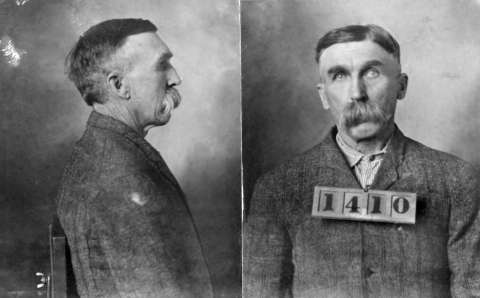 All of this would change beginning in May 1863 when gold was discovered in Alder Gulch in what’s now southwestern Montana. The new goldfield lured unemployed veterans as the war came to a close, and was viewed by the federal government as a solution to the war debt. The problem was how to get there. One route—long, arduous and painstaking—led west over South Pass into Utah, then north to the gold camps around Virginia City.

A shorter, more efficient route, located by John Bozeman, led from the Oregon Trail along the North Platte northwest through the Powder River Country. In the fall of 1865, the federal government directed the 18th U.S. Infantry to begin protecting the Bozeman Trail to Montana Territory the following spring.

Among the men on this expedition was a Civil War veteran, 18-year old John “Posey” Ryan. Born in Ireland Feb. 25, 1848, he had crossed the North Atlantic with his family and settled in Missouri.

On March 1, 1865, at the age of 17, he enlisted in Company A, 51st Missouri Volunteer Infantry. His enlistment papers show him as 5 feet 6 ½ inches tall, with a fair complexion, brown hair and blue eyes. He served mostly as a clerk at the District of Missouri headquarters at Saint Louis, and later at Fort Leavenworth, Kan. With the end of the war Pvt. Ryan was honorably discharged Aug. 31, 1865, at Fort Leavenworth.

Learning that the U.S. Army Quartermaster Department was hiring men for the Bozeman Trail expedition, Posey enlisted as a civilian teamster at Fort Leavenworth. He accompanied the 18th U.S. Infantry from Fort Leavenworth to Fort Kearny, Neb., in the fall of 1865, where he spent the winter. That spring, he continued to serve as a teamster with the Carrington Expedition establishing three forts along the Bozeman Trail from the North Platte River to Virginia City.

He spent July through November 1866 at Fort Phil Kearny near present Story, Wyo. There, he took part in several skirmishes with Oglala Sioux warriors attempting to drive out the American incursion through the heart of their homeland—the conflict that became known as Red Cloud’s War

Just before the December 1866 fights at Fort Phil Kearny, Posey Ryan returned to Fort Laramie where he was discharged from the Quartermaster Department. He continued serving the U.S. Army at Fort Laramie as a private teamster for years. He had a reputation as being “honest and upright in all dealings” and “the only man that ever was in the freighting business that never kicked or beat a mule” as one of his Guernsey associates, C. W. Rawlins, testified decades later. 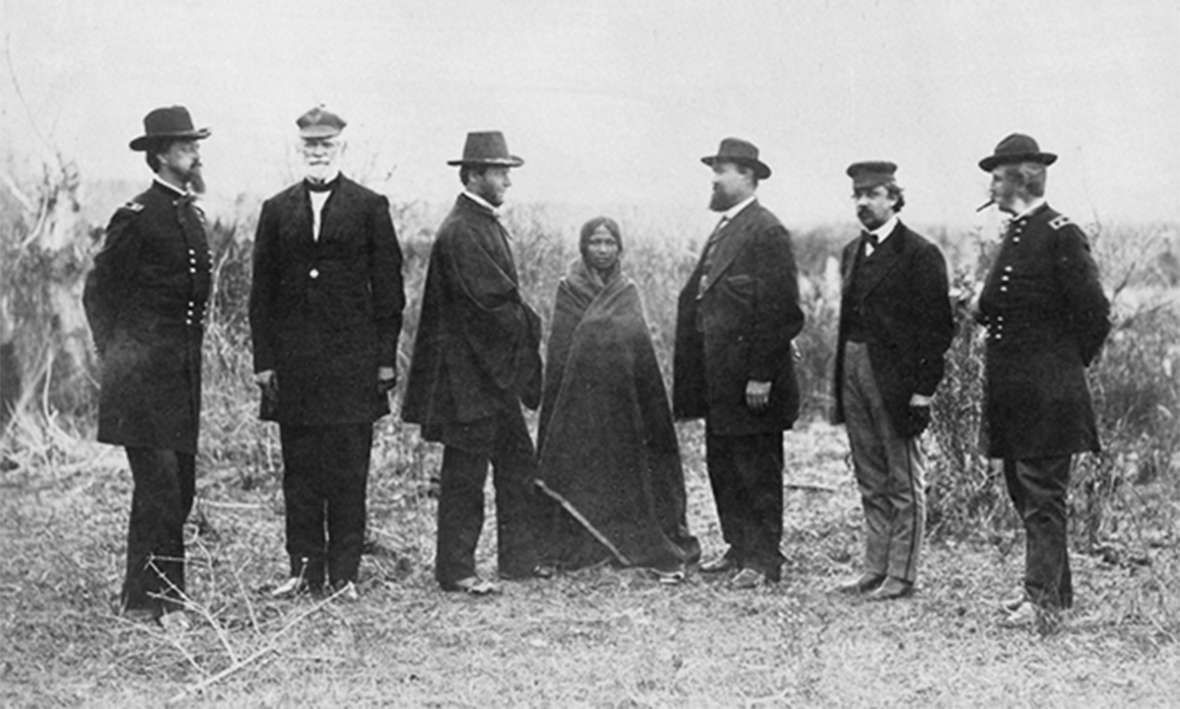 Ryan established his own homestead north of Fort Laramie, becoming one of the earliest permanent settlers in the Wyoming Territory. By 1876 he was the common-law husband of Sophia Mousseau, the daughter of a French trader and his Oglala Sioux wife. Sophia was reportedly related to the famous Oglala war leader, Red Cloud.

As a girl, Sophia had served as a translator to the U.S. Peace Commissioners that signed the Treaty of Fort Laramie at that post in 1868, in which the government abandoned the forts on the Bozeman Trail and returned the Powder River country to the Sioux, Arapaho and Northern Cheyenne nations. Posey Ryan and Sophia Mousseau had five children between 1876 and 1885, and Posey appears to have been a happy, relatively prosperous settler and well-respected teamster.

Then in 1887 an attractive 30-year old widow, Mary Ellen Clouser, moved in next to Posey’s ranch. Mrs. Clouser turned Posey’s head, and they were married shortly afterwards. Sophia returned to her family on Pine Ridge Reservation in Dakota Territory. In 1890 Ryan purchased an officer’s quarters—a house--from Fort Laramie upon that fort’s closure by the U.S. Army, and moved it to his ranch to be a more fitting home for his bride.

Ryan became one of the founders of the nearby town of Guernsey when it was incorporated in 1902. The next year, he and Mary purchased the recently constructed Guernsey Hotel in Guernsey, and for the next six years they managed the hotel together. The young town prospered as a shipping point where a spur line from the iron mines at Sunrise, five miles north, joined the Burlington Railroad.

Early in 1909, Ryan departed on a lengthy freight delivery. Upon return, he was shocked to discover that his wife had sold the Guernsey Hotel and all its contents for $15,000 and skipped town—leaving Posey with only the money in his pocket and the clothes on his back, destitute and homeless.

On March 18, 1909, Ryan finally caught up with Mary Ryan and his step-daughter Nellie at Sunday lunch at the Palmer Restaurant in downtown Cheyenne. Harsh words were exchanged, and when Nellie threatened to stab him with a fork, he pulled out a Colt .45 single-action army revolver and killed them both. Thirteen thousand dollars in cash was discovered hidden upon Mary’s body.

She had been living in style in Cheyenne with the proceeds of her sale of the Guernsey Hotel and was rumored to be planning to re-marry, apparently unconcerned about the absence of a divorce. Posey immediately surrendered his revolver to a lawman who happened to be eating in the restaurant, telling him, “They bled me of all I had … I expect to hang for this and I don’t care.” 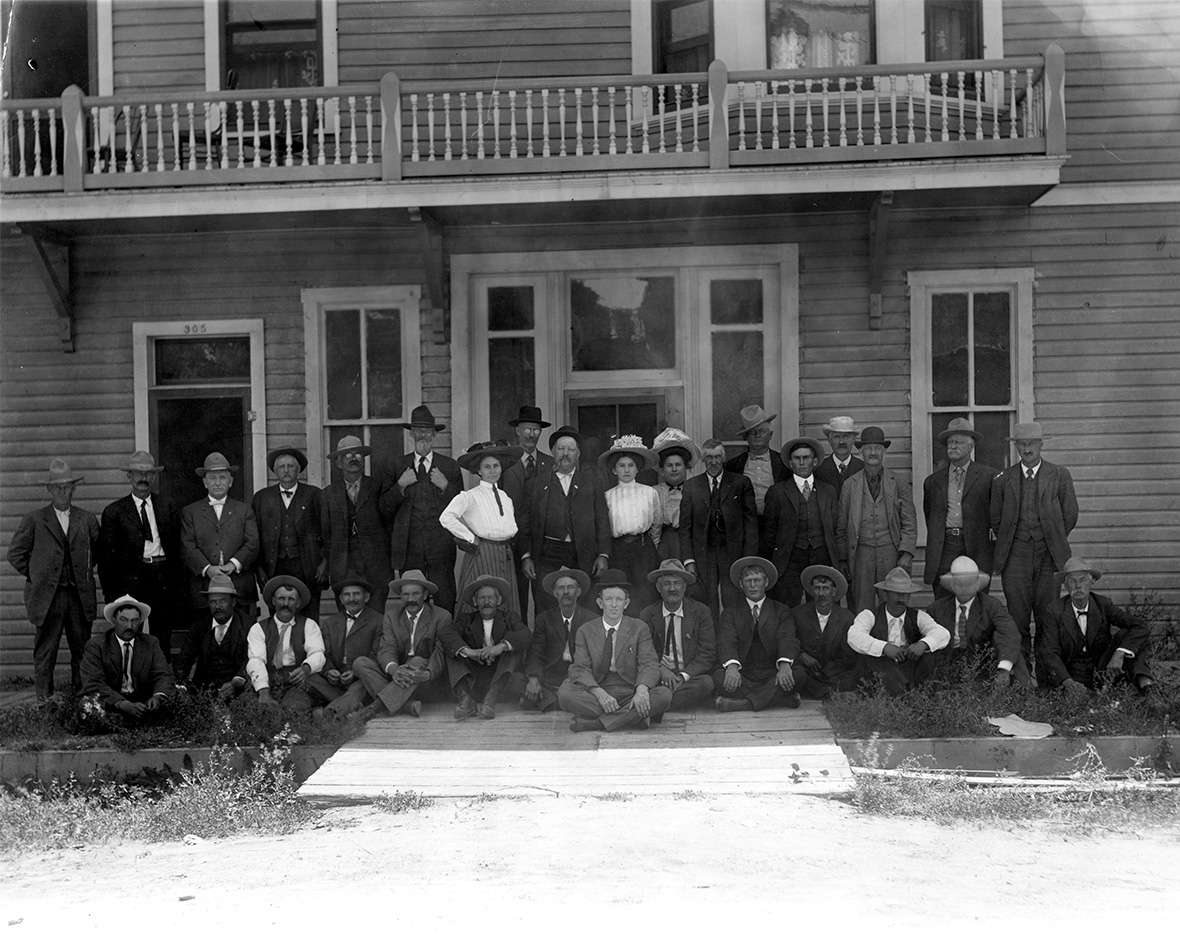 In a sensational trial in August 1909 Cheyenne, Ryan was found guilty of second-degree murder, sentenced to 30 to 99 years and incarcerated in the newly opened state penitentiary at Rawlins. 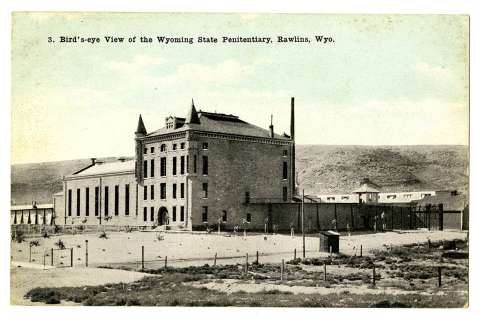 He was a prisoner there during the infamous uprising of 1912. When disgruntled inmates lit the broom factory on fire, Ryan played a major role in helping to evacuate convicts, saving numerous lives. Many prominent Wyoming residents petitioned the governor on Ryan’s behalf.

Finally, given his advanced age at the time, he was pardoned by Gov. Robert Carey as one of the governor’s earliest official acts in February 1919. Ryan spent the remainder of his life at the Wyoming Soldiers’ and Sailors’ Home in Buffalo, Wyo.,—on the site of the historic Fort McKinney where he doubtless found himself in familiar and comfortable circumstances.

He was helping a young woman friend perform errands in Buffalo, holding her baby, when he died peacefully on March 2, 1929, at the age of 81 years. During his lifetime, he had crossed Wyoming from Fort Laramie to Fort Phil Kearny to Rawlins, traveled on the Bozeman Trail, and lived at Fort Laramie, Guernsey, Rawlins and Buffalo.

Posey Ryan, a youthful Civil War veteran barely old enough to shave, was among Wyoming’s earliest settlers, two years before it became a legal territory. He established a homestead north of Fort Laramie in 1867, at a time when isolated ranches and homes were vulnerable to raids by Indians angry at white incursions. He was one of the founding fathers of the town of Guernsey. 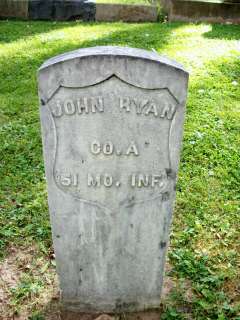 Despite the terrible murder of his wife and her daughter, he was well liked and popular, and was one of the forgotten veterans who helped to build the state of Wyoming. His descendants still live in the Cowboy State.

For a drive along a remote, scenic route that closely follows more than 40 miles of the original Bozeman trail, take exit 254 from Interstate 25 at Kaycee, Wyo. Follow Wyoming Highway 192 east for 19.2 miles. Turn left—north—and follow the Sussex Road, which turns to dirt after a few miles.

Follow the Sussex Road 5.0 miles to three historic-marker plaques, on the right side of the road, with more information about Cantonment Reno, an early military post near the Bozeman Trail crossing of Powder River. Continue north for about 1.5 miles. Then turn left, west, toward the Bighorn Mountains onto Nine Mile Road, also called the Bozeman Trail Road. Watch for other historical markers along the route, and bear right when you come to a fork. After 25.2 miles, the road will come to a T. Turn right here on Trabing Road, and follow it 14.7 more miles back to I-25. Total distance from the Nine Mile Road turnoff from the Sussex Road back to I-25 is 39.9 miles.

The Wyoming Frontier Prison is located at 500 W. Walnut in Rawlins, Wyo. Annual activities include Halloween haunted night tours for persons aged 12 and older, and a Christmas bazaar held the first Saturday in December at the Jeffrey Center to benefit the Friends of the Old Pen, the nonprofit group that assists the WFP. Summer events sometimes include Friday the 13th tours in July, including showings of the movie, Prison. Night tours arranged by appointment are also available during the summer months. Tours are offered regularly from Memorial Day through Labor Day, seven days per week. The gift shop, which sells a variety of books chronicling the prison’s history, is also open during this time.

For admission fees, hours of operation and more information, contact Hill at (307) 324-4422 or by email at wfp@tribcsp.com or visit http://www.wyomingfrontierprison.org.