In late June 1847, the Fulkerson family of Missouri arrived with a wagon train at the Oregon Trail crossing of the North Platte River near present Casper, Wyo. Mormons had established a ferry at the crossing earlier that year. The Fulkersons may or may not have crossed their wagons on the ferry, but they swam their stock over the river—perhaps to save money. The choice was to prove fatal to one family member. 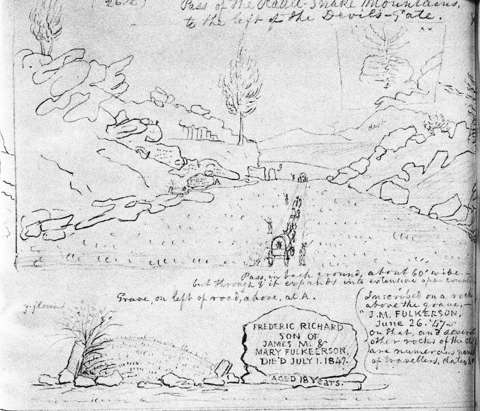 The Fulkersons—James, his wife Mary and their seven children—had begun the journey to Oregon with a large party of around 300 people in 120 wagons, most of them members of the Old Florence Baptist Church near Jefferson City, Mo. On the way, the party broke up into four smaller groups. The Fulkersons traveled with people who had formed the Plains Baptist Church. They were captained by the Rev. Richard Miller, Mary Fulkerson’s brother.

Frederick, not quite 18 years old, was the Fulkersons’ fourth child and oldest son. “When crossing the Platte River,” a Fulkerson granddaughter wrote many years later, Frederick “swam the river below the crossing to ford the stock over, as the river was so swift it tended to wash them downstream. He became . . . chilled and exhausted . . .”

Other evidence indicates they continued on, probably with the ailing youth in a wagon. Near Devil’s Gate, 60 miles to the west, they stopped at Rattlesnake Pass. There, the trail narrows and passes through a pair of low hills. The location is a historic one as there are no trail branches there; all the trails traffic passed through this one spot. Family members camped there for a week as the boy continued to weaken.

Two years later, J. Goldsborough Bruff, bound for the gold fields of California, sketched the spot in his diary. The sketch shows a large boulder with the inscription:

The grave is among the oldest known emigrant graves on the Oregon Trail.

Tragedy continued to travel with the Fulkersons. Mary Fulkerson, Frederick’s mother, died two weeks later of a fever in what’s now western Wyoming near where the Sublette Cutoff crossed the Green River. Frederick Fulkerson’s brother-in-law, William Hines, died some weeks after that of a fever near the Three Island Crossing of the Snake River in what’s now Idaho.

The site of Mary Fulkerson’s grave became a burial ground for others. All those graves were destroyed by a pipeline in the 1930s.

The inscription on Frederick Fulkerson’s gravestone at Rattlesnake Pass was probably put on with tar or paint, and wore off after a few years. Another traveler, T.P. Baker, left his name on the stone in 1864 and for a century and a quarter, trail scholars assumed an otherwise unknown Baker was buried there.

In recent years, Douglas, Wyo., trails historian and schoolteacher Randy Brown recognized that the shape and setting of the existing stone matched the one Bruff sketched in his journal in 1849. Brown and the Oregon-California Trails Association then erected a fence and a new historical marker with the correct information. The fence and marker remain today. Both are located on Wyoming state land. 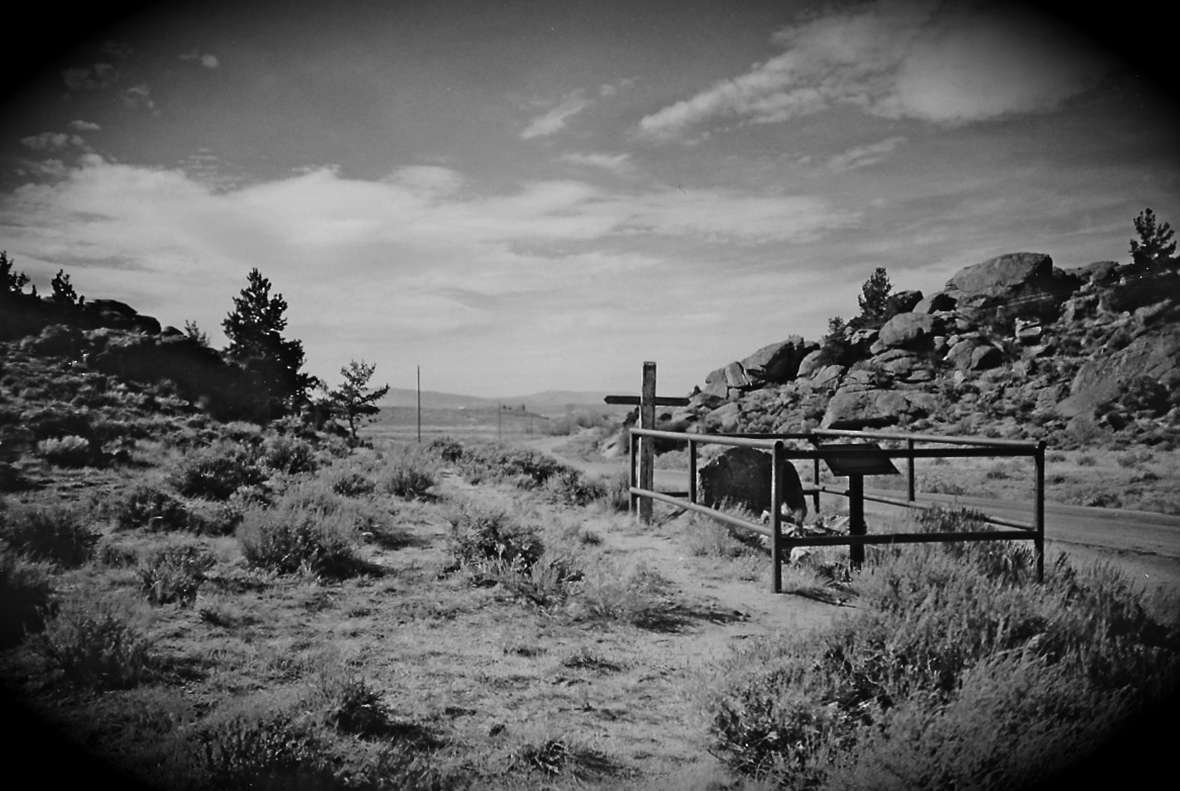 Frederick Fulkerson, age 17, dies near Devil’s Gate on the Oregon Trail. His grave is one of the oldest identified graves along the trail.

To visit the Fulkerson grave, travel Wyoming Highway 220 to a spot about five miles southwest of the Independence Rock rest area and historic site in southwestern Natrona County. Heading toward Rawlins, take the first right, immediately after the Dumbell Ranch turnoff; if headed toward Casper, take the first left past the turnoff to the BLM Devil’s Gate interpretive site. The road to the Fulkerson grave passes over a cattle guard and then turns immediately left onto a poorly maintained blacktop road that is now turning to dirt—it was the state highway until the 1960s. The Fulkerson grave is something less than a mile ahead on the left, fenced and well marked, where the road passes through Rattlesnake Pass. The road here is right on top of the historic trail. At least 350,000 emigrants passed through here between 1840 and 1870. Across the road from the grave are a number of pioneer inscriptions among the rocks.