The Grave of Quintina Snodderly

The Grave of Quintina Snodderly

In the summer of 1974, construction on a ranch road east of Casper, Wyo., turned up an unmarked grave on private land. The landowner knew the site lay near a branch of the Oregon Trail along the north side of the North Platte River. Recognizing the grave’s likely historical significance, she contacted the anthropology department at nearby Casper College.

Department Chair Mary Ann Frary and volunteers carefully opened the grave, examined its contents and exhumed the skeleton of a woman buried 18 inches deep. The skeleton’s ribs had been slightly twisted. Under the jawbone a small, silken bow remained intact. 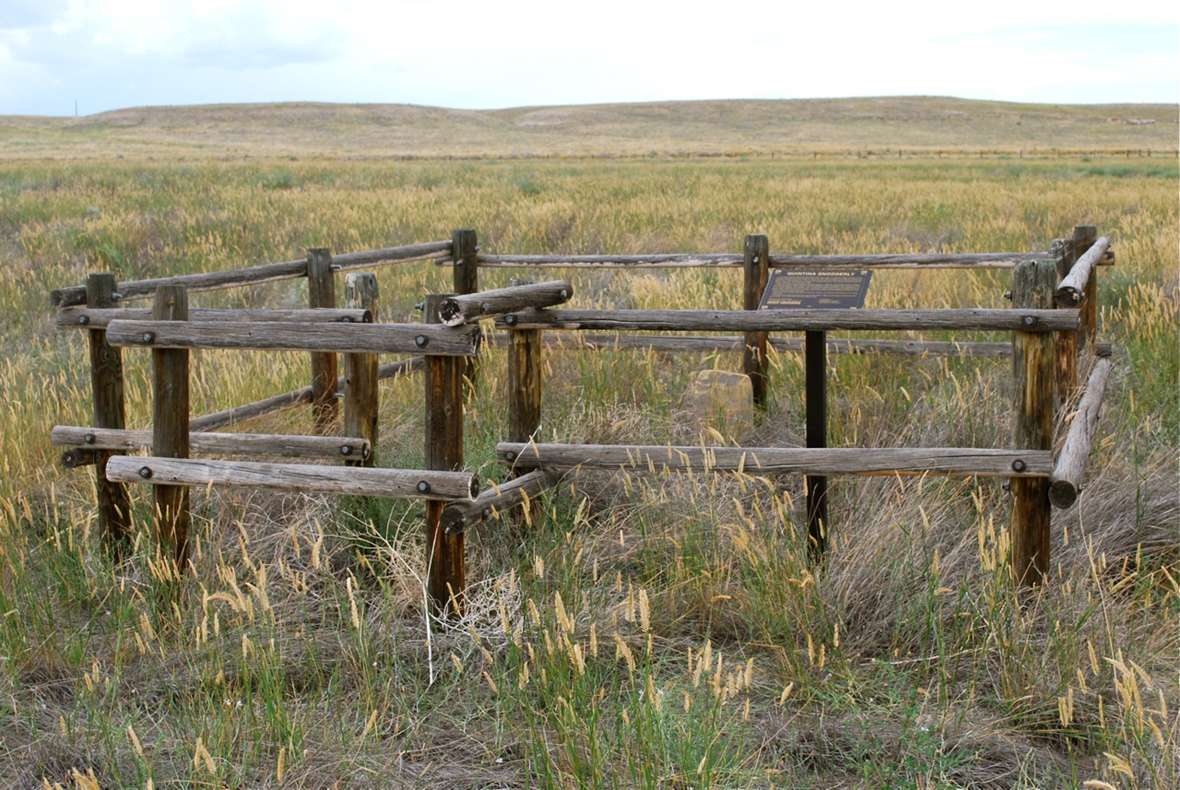 Remains of a coffin were minimal. Its size and shape remained imprinted in the sandy soil, however, along with impressions of the fabric used as a shroud and of ropes used to lower the coffin in the ground.

A stone, buried with the woman, gave her name: Quintina Snodderly. It also included a “D” and a “J,” the outlines of both letters scored but not filled in. The bones were eventually returned to the landowner, who kept them more than a decade in a cardboard box.

For many years, no diary entries or other information could be found about a trails traveler named Quintina Snodderly. But the landowner’s daughter and son-in-law, who lived in the Seattle area, searched through phone books for Snodderlys in towns they visited in Oregon and Washington. Finally, they found an 85-year-old grandson of Quintina living in Scio, Oregon, a hamlet in the Willamette Valley about 15 miles southeast of Salem.

The grandson had a family bible, which recorded that Quintina Snodderly had died June 25, 1852, on the trail to Oregon. Perhaps the family had outlined the D for “Died” and the J for “June” before having to abandon the task and return to the trail. Eighteen fifty-two was the peak year for trail travel. As many as 70,000 emigrants made the trip that year to Utah, Oregon or California.

Trails historian and schoolteacher Randy Brown, of Douglas, Wyo., determined that Quintina Lett was born in Knox County, Tenn., Tennessee, probably in 1812. She would have been about 40 years old at the time of her death. She married Jacob Snodderly in 1829 and they lived in Tennessee, Missouri and Iowa. She had eight children. The oldest was 22 by the time they left for Oregon.

The Snodderlys traveled in a wagon train led by a charismatic Baptist “pony preacher,” Joab Powell; the term implied the man’s regular travels among congregations and backwoods camp meetings. Joab Powell was a relative of Quintina’s; the Snodderlys had lived near him in Missouri. Powell was illiterate and “learned the bible verse by verse with the help of his wife,” according to Brown. His great size, Brown adds, “helped lend authority to his services, which were . . . roared in raw, frontier language. It was said that his sermons made sinners shiver.”

Powell organized the wagon train, which was made up primarily of members of his congregations. The train departed from Independence, Mo., and traveled up the south side of the Platte and the North Platte. The group may have forded the North Platte near where the body was found; there were a number of crossing places in what’s now the Casper area, and neither of two important bridges in the vicinity had yet been built.

Late that summer the wagon train reached the Willamette Valley. Jacob and the children settled near Scio and the congregants built Providence Baptist Church, with Snodderly, listed as a charter member.

The cause of Quintina’s death remains unknown. Initially, anthropologists believed she had been run over by a wagon wheel as the wagon climbed the bluff away from the river and her ribs had been crushed; subsequent examination led the scientists to determine the ribs were only twisted after her death by shifting of the sandy soil around the grave.

On June 16, 1988, the bones were re-interred near where they had first been found. Historian Brown and two of his students erected a fence and marker explaining the history as part of the Oregon-California Trails Association’s program of research and preservation of emigrant graves.

Quintina Snodderly dies and is buried on the Oregon Trail east of present Casper, Wyo.

More about Casper at Wyoming Places