After leaving the North Platte River near present Casper, Wyo., westbound emigrants on the Oregon Trail faced nearly 25 miles of dry travel. What little water they found was brackish with alkali and sometimes poisoned their animals.

No wonder then that cold, clear water at Willow Spring made it a favorite camping place on the trail from the North Platte to Independence Rock, where the road would meet the Sweetwater. 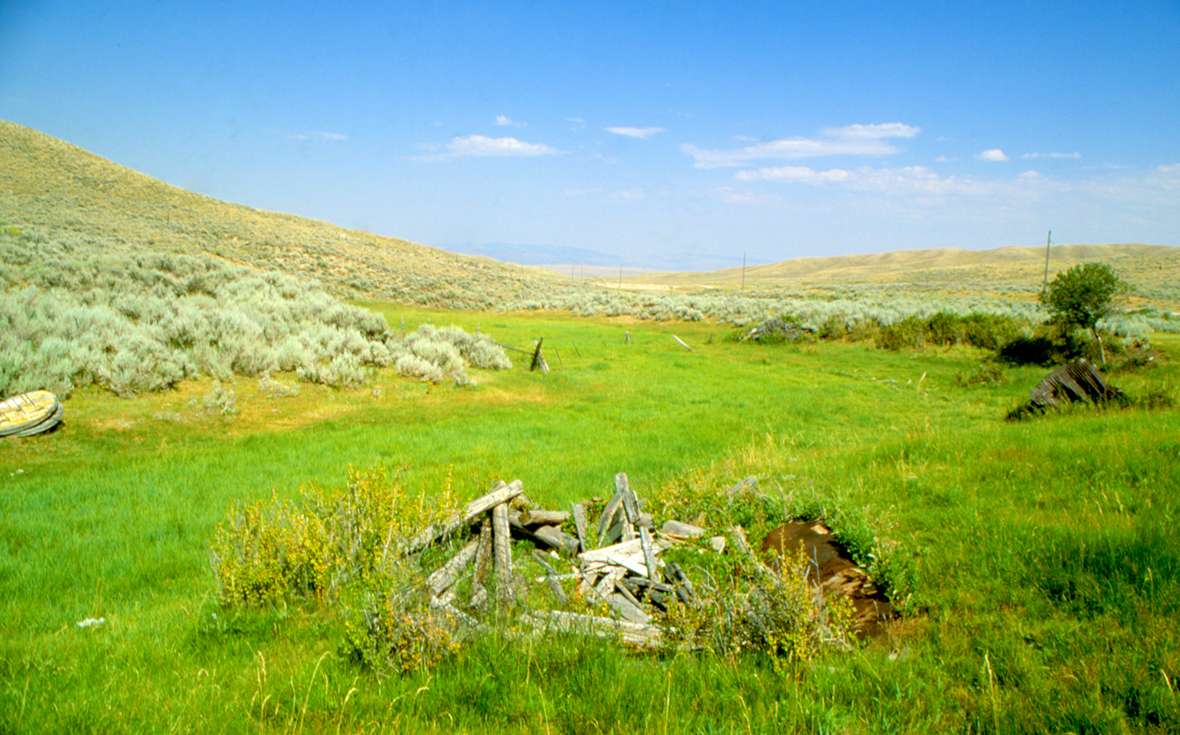 The site’s attractions, however, led quickly to its overuse. Travelers in the early and mid 1840s were enchanted by Willow Spring. Beginning in 1849, when traffic boomed with the California gold rush, disappointment shows up more and more frequently in diarists’ descriptions: Pioneers had cut down trees; livestock had eaten all the grass and muddied the water.

But the place was still lush in 1847, when the first Mormon pioneer party traveled past and Heber Kimball wrote in his diary, “This spring is about 2 foot wide and the water 10 inches deep, perfectly clear, cold as ice water and of a very good taste. There is a willow grove extending for some distance above and below it, which would answer well enough for camping purposes. The grass is good and plentiful and it is one of the loveliest camping spots we have seen on the road.”

California-bound B.R. Biddle seemed equally pleased two years later. “[W]e came to the celebrated Willow Spring—a feeble spring, but of good water, free from impurities,” he noted June 22, 1849. “You can imagine how this beverage, given by a bountiful Providence to the weary traveler, was relished by us.”

That year was the first of heavy gold-rush traffic; the total number of emigrants leaped from about 4,400 in 1848 to nearly 26,000 in 1849, and would double to more than 52,000 in 1850, according to trails scholar Jesse Unruh. Biddle, at the end of the third week in June, would have been just ahead of the heaviest traffic of the season.

Just two weeks later, on July 5, 1849, diarist Edward Jackson wrote, “This must be a beautiful place in any other season but now so many camping here makes it a waste. No grass and the willows cut down, broken wagons and trash of all kinds together with thirty dead cattle makes it a loathsome place. We hurried away and pressed on to the Sweetwater.”

Two days later, on July 7, Maj. Osborne Cross with a detachment of mounted riflemen found “a number of emigrants had collected at this place, where some of them had been for several days.” But the water was still good, “by far better” in fact “than any the emigrants had met with since commencing their journey, and they seemed disposed to make the most of it before moving forward.”

But by just three days after that, diarist Israel Lord on July 10, 1849, found the water quality deteriorating: “A broad green ravine comes down from the west,” he wrote, “the south side of which is lined with springs, now filled up with mud.”

Similarly, the following year, travelers generally reported good water and grass if they passed in June, but if they came later—not so much. “[M]ost excellent water,” W.S. McBride reported June 8, 1850, “& quite a little clump of willow bushes growing around the springs. Here were a great many thirsty souls not only drinking water, but also filling kegs, jugs, cans, & c.” 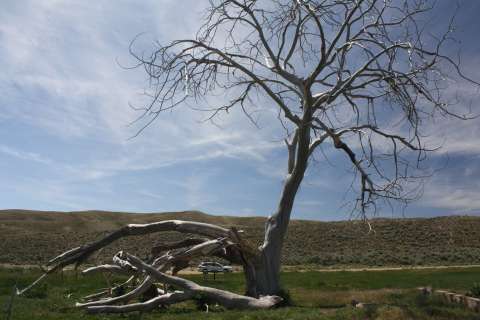 “It seems that all who have passed here made it a point to stop,” diarist Isaac Starr noted on July 1, “as there is no grass between here and the [North Platte] ferry; consequently the grass has all been eaten off. As it was just night, we were compelled to stop with hungry tired cattle & no grass.”

Reports of cholera led to a drastic reduction in trail traffic in 1851; in 1852, however, the number of westbound travelers who came over the trail in what’s now Wyoming peaked at around 70,000. Willow Spring showed the wear.

“There are a couple of springs, or seep holes here in the banks of a little branch,” diarist Origen Thomson wrote June 25, 1852. “A number of willows have been standing here, which gave the name to the place, but they have all been cut down, and the only fuel now is the wild sage.”

A decade later, the place looked bleaker still—and people were reminiscing nostalgically of a time when shade and grass had been plentiful. “[T]his point is called Willow Springs & there is not a solitary willow switch on it any where, though I was told that in forty nine the whole way was thick with willow trees, the emigration since that time having cleaned them out,” wrote traveler James Yager on June 22, 1862. “We called this camp Camp Sage Brush Valley from the great quantity of sage brush. There was but little grass here but by driving our stock over the little mountain on our right we found a small patch for them.”

As of 2016, one large cottonwood, long since dead, remains at the spring; a sturdily fenced plaque placed by the Oregon-California Trails Association informs the curious about the spot; the grass in summer is thick and the water, seeping slowly from the bank, is still good.

California-bound B.R. Biddle described Willow Spring on the Oregon Trail as “a feeble spring, but of good water, free from impurities.”

Oregon Trail diarist Edward Jackson wrote that Willow Spring had become “a loathsome place. We hurried away and pressed on to the Sweetwater.”