Lombard Ferry on the Green River

Lombard Ferry on the Green River

Emigrants on the various branches of the Oregon, California and Mormon trails faced a major obstacle in crossing the Green River. Throughout the years of the emigration in the mid-19th century, travelers through what’s now western Wyoming used a number of different locations to ford, float or ferry across the Green, one of the largest rivers they had to cross on the entire journey. 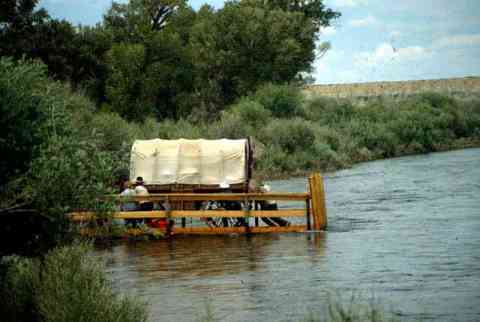 River crossings were always dangerous. People, fully loaded wagons, reluctant cattle, sheep, mules and horses all had to take the risk. Smaller streams could be forded, but even that task often entailed raising the wagon bed. The smallest misstep could send people, gear and animals floundering downstream. More than a few emigrants lost all their possessions when a wagon overturned. Many hundreds of others lost their lives at crossings.

Ferries represented a great advancement. An established ferry with an experienced operator greatly increased the odds for safety. Unfortunately for the emigrants, however, ferries were not cheap. Prices fluctuated based on conditions: The higher and swifter the river’s flow, the more operators could, and did, charge. Emigrants faced a hard choice between paying the high price or risking the loss of goods and lives.

The most popular place to cross the Green for those on the main branch of the westward emigrant trails was the so-called Lombard Ferry, established by mountain men in 1843.

In 1847, the first Mormons made their way over the trails to the Salt Lake Valley. Soon, tensions were running high between mountaineers, more or less under the leadership of Jim Bridger, and the Mormons. The dispute arose over who would control the lucrative commercial interests at Fort Bridger and various ferries that operated on the Green.

In 1850, the mountaineers sold what’s now known as the Lombard Ferry to Mormons who ran it for the next eight years. During that time, it was usually called the Green River Mormon Ferry. The name Lombard Ferry did not attach to the site until years after the emigration, when William Lombard took over the operation in 1889.

During the peak emigration months of May, June and July, emigrants sometimes had to wait several days to cross, as a ferry could only handle around 40 wagons in a day. Encampments of waiting emigrants often grew crowded and unsanitary, with little forage for the animals.

Evidence of the vast camping area can still be found on the eastern shores of the New Fork River, along with ruts leading away from the site. Rates could go as high as $16 per wagon for the crossing. Those emigrants who could not afford the toll or were too impatient to wait their turn often lost everything when they misjudged the current or slipped off the narrow gravel bar that allowed safe passage.

But not only the river was dangerous. The ferrymen, too, were sometimes unreliable. “[T]here is a very good ferry,” diarist Charlotte Allis noted in June 1854, “and we crossed in safety. Moreover it is not very safe crossing certain times in the day, for instance after the ferrymen all get the worse for liquor, as I understand they do get in this condition, which is endangering people’s lives. Yes, one poor man lost his life last season by the means of the miserable ferryman’s getting drunk. He left a wife and a family of children in Calafornia to mourn his loss. The man had a very large stock of cattle going to Calafornia and in crossing the ferry the men frightened the stock which caused the boat to sink, and the man was drowned. Such is the effect of liquor, which is dreadful to think of. That must have been the agony of that wife and children.”

Other crossings in this area include the Robinson Ferry, a few miles south of Lombard Ferry, and ferries on the Kinney and Slate Creek cutoffs, which crossed the Green just north of the Lombard Ferry site. The Robinson Ferry was built by the Mormons in 1847 and operated by them until 1856 when it became the operation of Isaac Bullock and Lewis Robinson. A few years later, Indians attacked the Robinson homestead, killing all but a young girl. The ferry was then abandoned.

The Robinson, Lombard, Kinney and Slate Creek ferry sites are all within the Seedskadee National Wildlife Refuge. 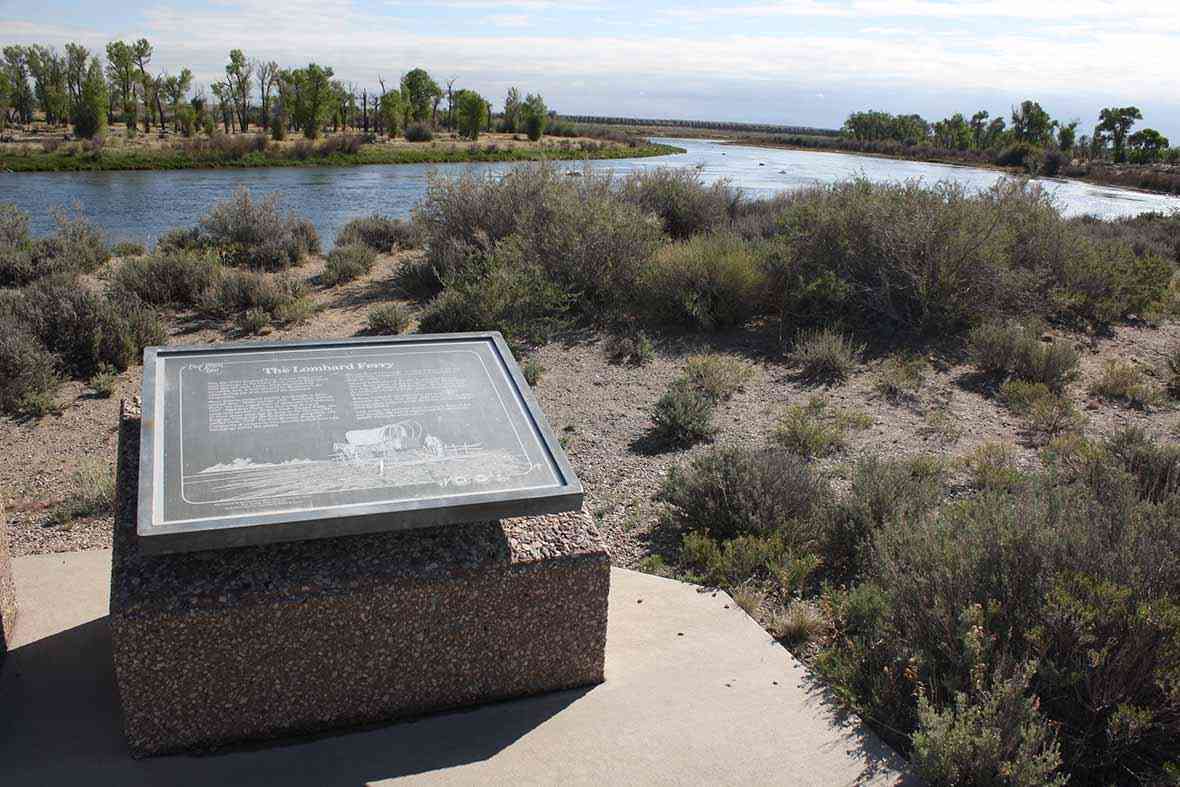 For further reading and research:

Listen to Todd Guenther, professor of history at Central Wyoming College, discuss the dangers of river crossings on the historic trails.