The first community in Wyoming to bear the name “Green River” was not the present Sweetwater County seat on Interstate 80, but a tiny settlement some 30 miles to the northwest called “Green River Station.”

Sweetwater County, Wyoming, was once part of Green River County, Utah Territory, created in March 1852. (Over time, a large part of Utah Territory was incorporated into the new Wyoming Territory, established on July 25, 1868.) Frontier-era wagon train emigrants, stagecoach passengers, “Forty-niners” en route to the California gold fields and Pony Express riders traveling both ways across what is now southwest Wyoming did so along the various branches of the California, Oregon, Mormon and Pony Express trails. Crossing the Green River was unavoidable for all of them, and most did so at ferries and fords along the river extending from the city of Green River’s present location north to what is now Fontenelle Reservoir. 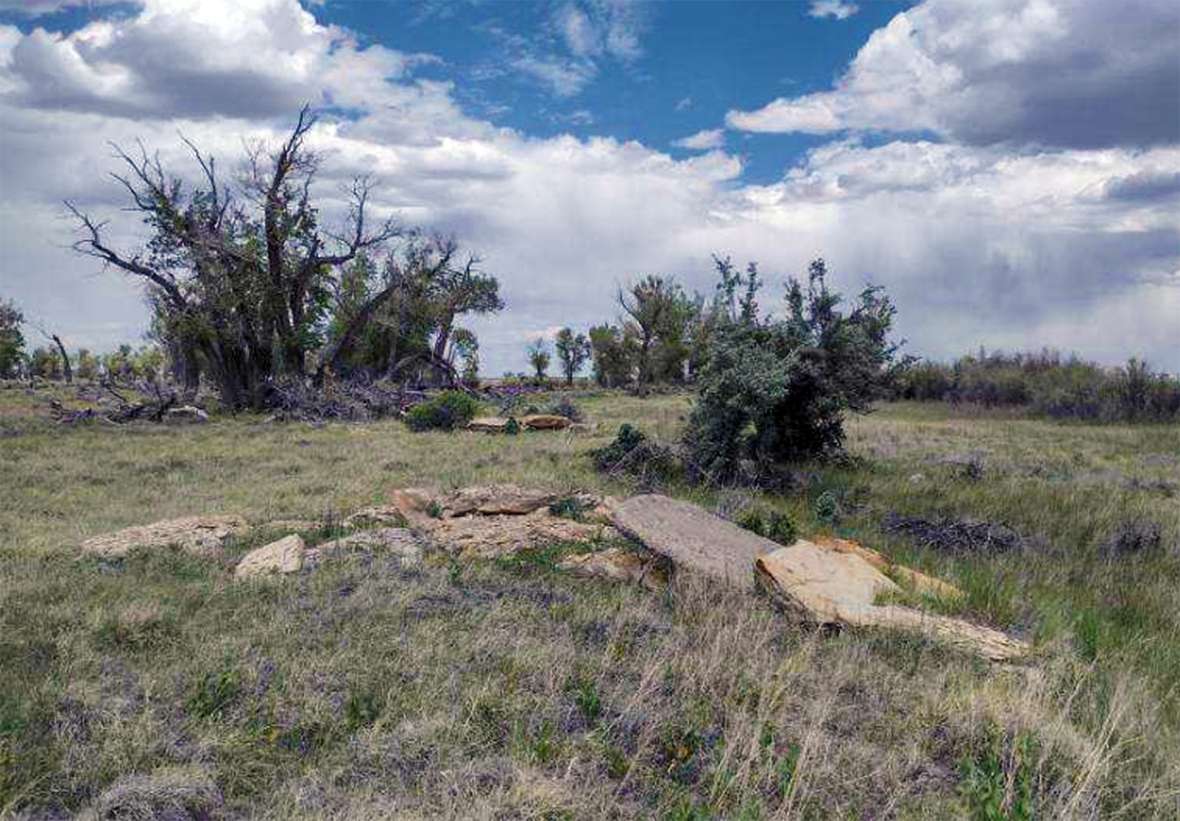 As far back as 1843, mountain men had established a ferry across the Green that, decades later, came to be called the Lombard Ferry. In 1850 the operation was sold to Mormons, who ran it for some eight years. Other ferries and fords were created, including one in the mid-1850s several miles downstream from the Mormon/Lombard Ferry where a main branch of the trails crossed the river. This was named “Green River Station.”

The Green could be forded at the Station when its level was low, but otherwise the river had to be ferried. Green River Station served emigrant wagon trains and stagecoaches and, during its 18 months of operation from April 3, 1860, to Oct. 26, 1861, the Pony Express. It was also the site where the first transcontinental telegraph, completed in 1861, crossed the Green River.

There were structures at the Station on both sides of the river, including “five stores and one Indian wigwam, which served as a saloon,” according to Sweetwater County historian Jim June, as well as six cabins where people lived, including the station keeper, stagecoach drivers, riders and stock tenders for spare horses. A post office, the first in what would become present-day Sweetwater County, was established on the west bank in 1853.

Mail and passenger stage lines running between Missouri and Utah began using the Station from 1859, traveling the Oregon and Mormon Trails to Salt Lake City. Sir Richard Francis Burton, the British explorer and writer, passed through Green River Station in 1860, and wrote, “We passed a social evening at the Green River Station. It boasted of no less than three Englishwomen, two married, and one, the help, still single.” 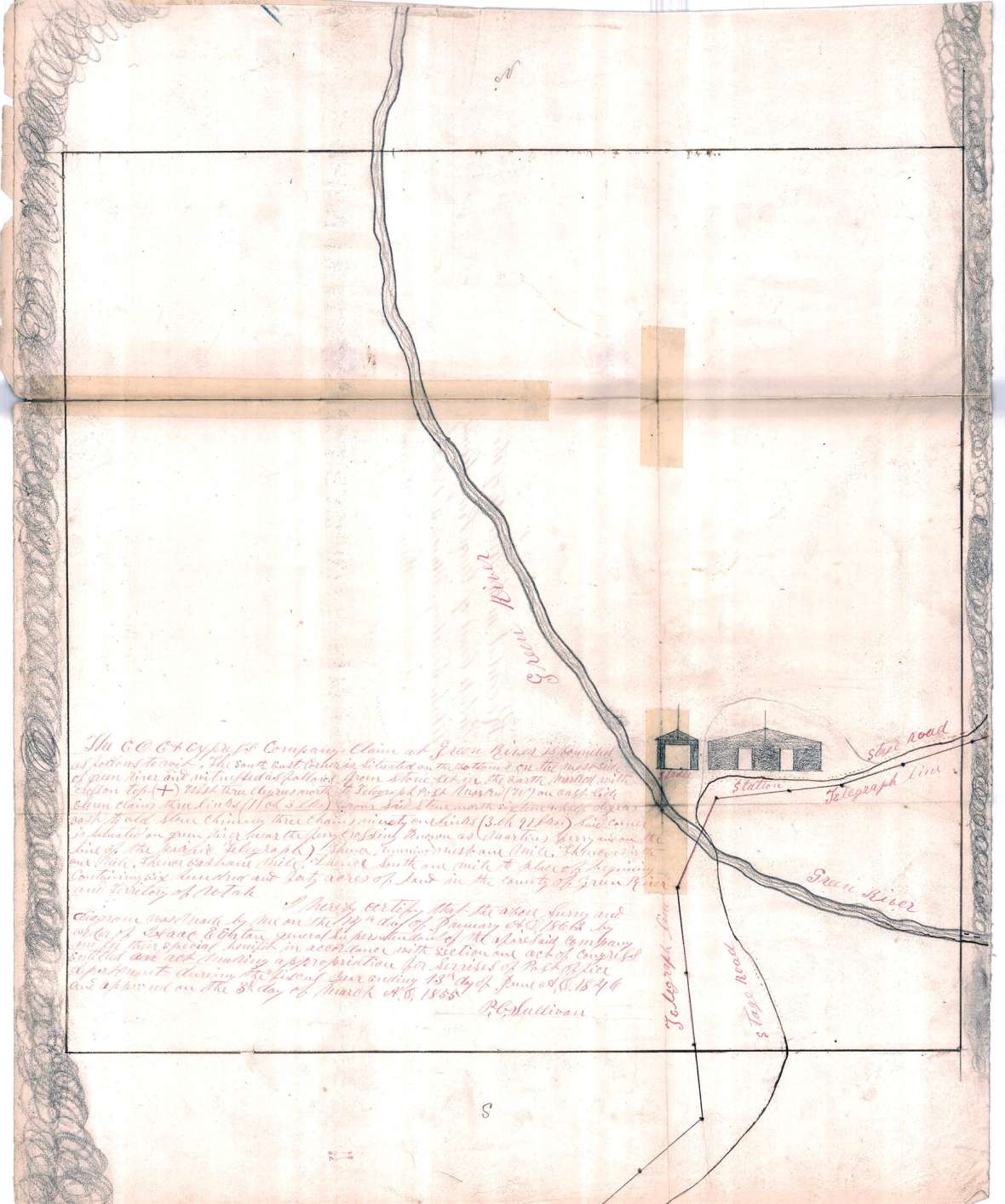 A year later, a California-bound Mark Twain was a visitor. Years later, in his work Roughing It, Twain had this to say: “At the Green River Station we had breakfast - hot biscuits, fresh antelope steaks, and coffee - the only decent meal we tasted between the United States and the Great Salt Lake City, and the only one we were ever really thankful for.”

Transportation entrepreneur Ben Holladay won a stagecoach mail contract in 1861, and his coaches used the Oregon Trail-California Trail-Mormon Trail network until 1862, when trouble with hostile Indians led him to move his stage route south to the Overland Trail, traveling through what would become Point of Rocks, Rock Springs and what was then called Green River City (the current seat of Sweetwater County.) 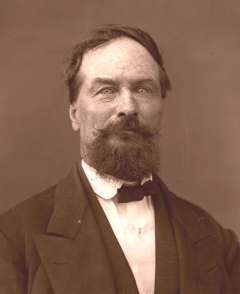 For the 16 years of its existence, Green River County, Utah Territory, was administered from Salt Lake City, with Fort Bridger the county seat for most of that time. A man named W. I. Appleby was appointed Probate Judge, Robert Alexander was named was named Clerk of Probate Court, and William A. Hickman became county sheriff, prosecuting attorney, tax collector and assessor. He also served in the Utah Territorial Legislature.

Hickman—known as “Wild Bill”—has long been a figure of controversy. A convert to Mormonism in 1838 and for many years a close confidant of Brigham Young’s, Hickman was a practicing polygamist who ultimately had 10 wives and 35 children. To some he was a stalwart lawman; to others a renegade and murderer. He was excommunicated from the Mormon Church in 1868 and all his wives except his first left him. In 1870 he shot and killed a man in Tooele County, Utah. Though he was indicted for murder, the charges were eventually dismissed. In 1880, an ill Hickman left Utah and lived out his remaining years in the Wind River Mountains of Wyoming. He died near Lander in 1883.

By 1862, the decades-long wave of emigration that put between 300,000 and 400,000 people on the trails had subsided significantly. Stagecoach travel across southwest Wyoming dropped with the completion of the transcontinental railroad in 1869, after Sweetwater County, Wyoming Territory, was created. Green River Station, once a thriving little portal to points west, simply faded away and died. Little remains there now but the ghosts of the many thousands who passed through it on their way to new lives.

The author would like to express his thanks to Emilio Sanchez of Green River, Wyo., for his assistance in researching this article.