Rocky Ridge, where the Oregon Trail climbs a steep, stony slope to a high plateau about 40 trail miles east of South Pass, was troublesome to all emigrants. But it was deadly to some starving Mormons pulling handcarts through snow in 1856.

To avoid a steep-walled canyon, the trail leaves the bottomlands of the Sweetwater River and climbs about 700 feet in two miles through a rugged, boulder-strewn path. It was one of the most difficult stretches of the emigrants’ entire journey.

“About 10 we left the valley by an abrupt turn to the right,” Joseph Berrien wrote June 13, 1849, “and began to ascend the mountains. ... The steep hills and rocky ridges nearly shook the waggons to pieces and we passed several ravines where the snow still lay several feet in depth. Camped at night in a beautiful little ravine completely enclosed by surrounding hills, a fine stream of snow water running through it, taking its rise from a large snow bank on the shady side of the hills at least 12 feet deep [Rock Creek].”

“Curious rocky riffles or rows of rocks,” forty-niner Peter Decker wrote with remarkable precision two days later, “running lengthwise over ridges of hills, sticking out bristling toward the West, one to 2 ft high and on level of ground.” 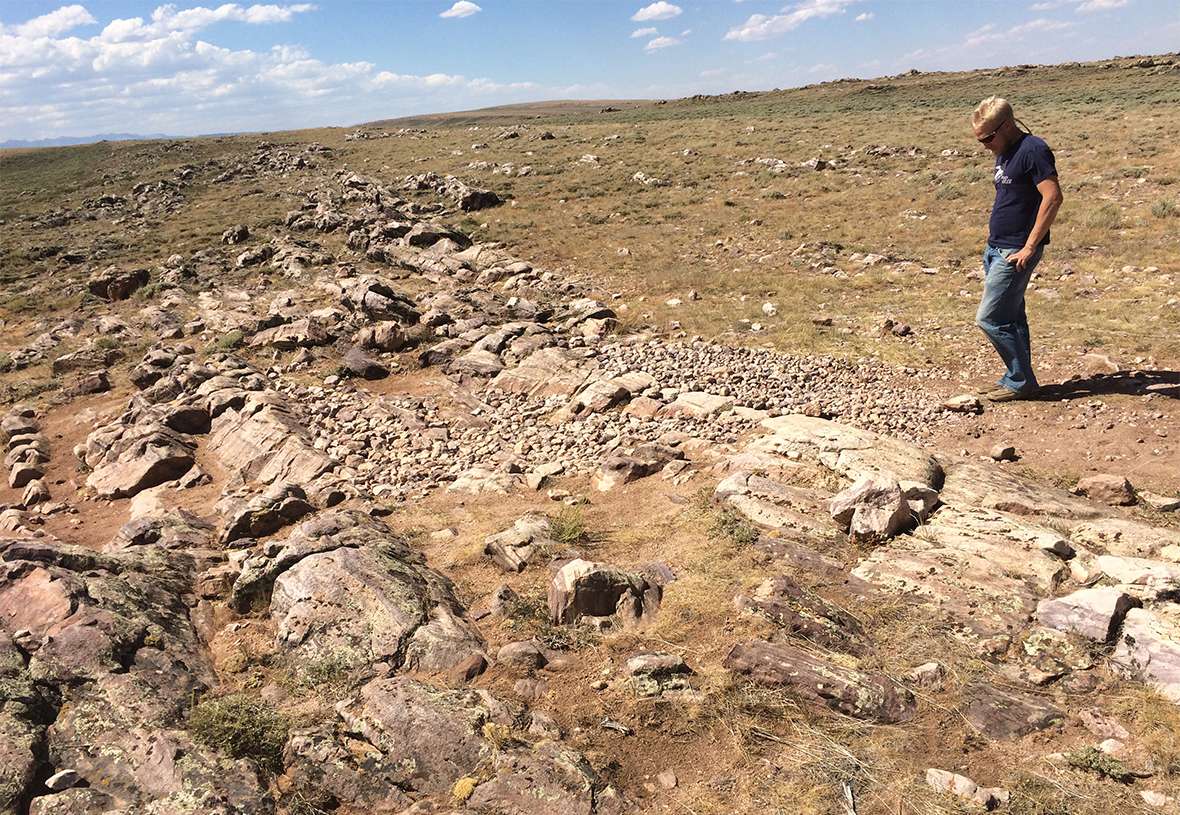 Greenberry Miller noted later that same month that “[s]ome of the rocks over which we traveled today lay in rows and lapping one upon another like shingles on the roof of a house. These lines of rock stretch southeast and northwest. Over this we had some of the roughest driving that we had ever met with yet.”

“It was continual rise and fall, from one rock to another for our wagons,” Edward Harrow wrote July 1, “which I thought would every minute fall to the ground smashed to pieces, such was the roughness of the roads.” 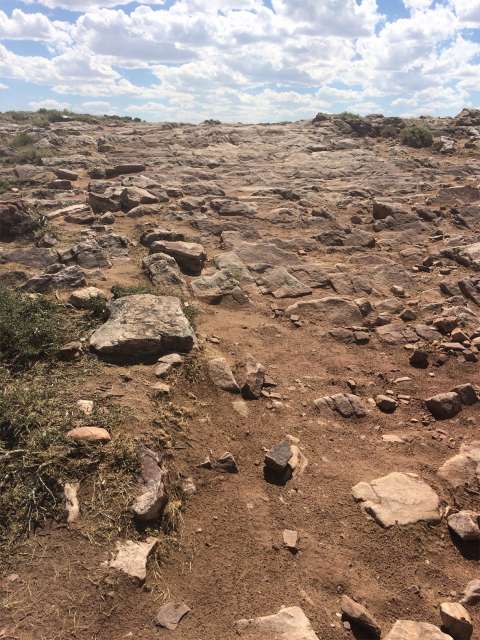 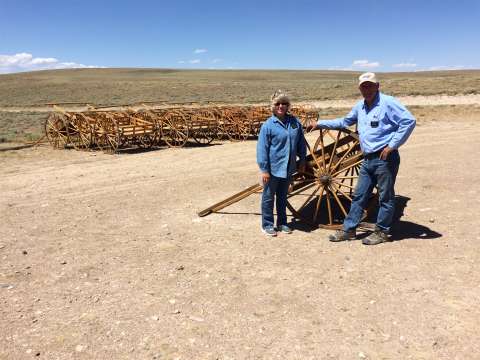 But by the time the 500-member Willie Handcart Company of the Church of Jesus Christ of Latter-day Saints—the Mormons—reached Rocky Ridge in late October snowstorms in 1856, they were dealing with far more than just a rough trail. Most members of the Willie Company and of the even larger Martin Handcart Company travelling two weeks behind them were recent converts from factory towns in England and Denmark. Their leaders were experienced trail travellers, however. A series of missteps—a very late start, poorly built handcarts, a failed system of resupply and a sudden onslaught of bad weather—had led to disaster.

Advance members of a relief party from the Salt Lake Valley reached the Willie Company, entirely out of food, camped on the east side of Rocky Ridge. Many hancarters had already died. The rescuers provided some food, and wagons for many of the children to ride in.

“We buried our dead, got up our teams and about nine o’clock a.m. commenced ascending Rocky Ridge,” diarist Levi Savage wrote. “This was a severe day. The wind blew hard and cold. The ascent was some five miles long and some places steep and covered with deep snow. We became weary, set down to rest, and some became chilled and commenced to freeze.”

The relief wagons were so “perfectly loaded down with the sick and children, so thickly stacked I was fearful some would smother,” Savage wrote. After a 16-mile journey up the rocky trail, across the high plateau, across creeks and through snow, much of it in the dark, they reached camp on the Sweetwater River. The next day, they buried 15 people there.

The full stretch of trail known today as Rocky Ridge runs about 12 miles, across two high ridge shelfs, crossing Strawberry Creek and passing the old ghost town of Lewiston. The rock cuts left by wagon wheels are among the most dramatic trail remnants remaining on the westward emigrant trails.

Rocky Ridge, not surprisingly, has become a compelling story in Mormon lore, and the church has erected monuments at the lower and upper ends of the 12-mile stretch.

“It was continual rise and fall, from one rock to another for our wagons,” forty-niner Edward Harrow writes of Rocky Ridge near South Pass.

Trails across Wyoming: The Oregon, Mormon Pioneer and California Routes
Oregon Trail Ruts
Journey to Martin's Cove: The Mormon Handcart Tragedy of 1856
Buffalo Bill and the Pony Express: Fame, Truth and Inventing the West
Fremont County, Wyoming
Oregon Buttes, Landmark on the Oregon Trail
Ice Slough, Novelty on the Oregon Trail
Three Crossings
Parting of the Ways
The Ninth and Last Crossing of the Sweetwater
Pacific Springs
The Seminoe Cutoff and Sarah Thomas Grave
The Sixth Crossing of the Sweetwater
The Grave of Ephraim Brown