During some of the frostiest years of the Cold War, faculty from the University of Wyoming traveled to Afghanistan to help the new university in Kabul, the capital, establish programs in agriculture and related sciences. UW contracted with the U.S. State Department’s International Cooperation Administration and its successor, the Agency in International Development, to deliver the services in cooperation with the Royal Afghan Government. Afghanistan was a monarchy at the time.

A.I.D. was the main arm of the U.S. government’s Department of State for delivering foreign aid. Afghanistan shared a border with the Soviet Union, and during the 1950s and 1960s was one of the few nations to receive aid from both nations. 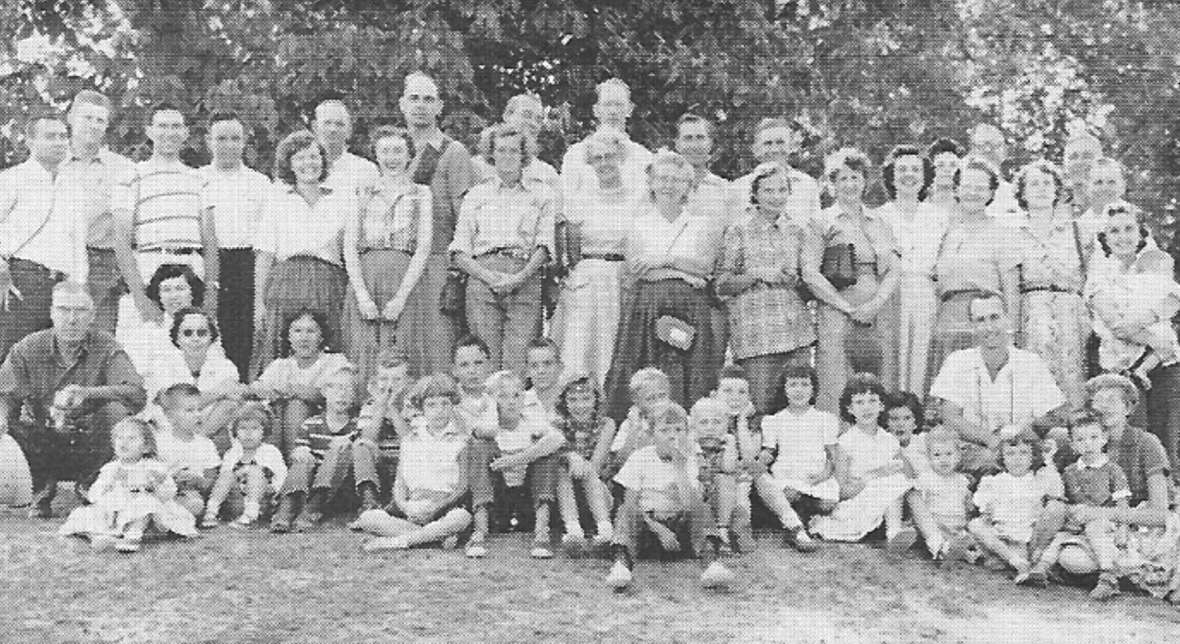 At the time, Afghanistan’s royals were looking to bring the nation into more contact with a rapidly changing world. As early as 1946, Queen Humaria Begum created the Women’s Welfare Association, the first-ever women’s institute in Afghanistan. The king, Zahir Shah, had a new constitution introduced in 1964, calling for free elections, a parliament, civil rights, women’s rights and universal suffrage. By the mid-sixties, Afghan women in the cities at least were able to wear western skirts if they liked, attend school with no problems and mix freely with men. They did not require a male guardian to travel. These conditions were a far cry from what UW faculty members and their families found when they first arrived in Afghanistan a decade earlier.

The initial agreement was signed in 1953, the program was underway by 1956 and the first nine Afghan students—the original class—graduated from Kabul University in 1959 with B.S. degrees in agriculture. The program included exchanges as well; Afghan ag students studied on the Laramie campus during these years. A.I.D. chose the University of Wyoming to consult in Afghanistan in part because of the physical similarities of the two places—high, dry, mountainous and never easy to farm. 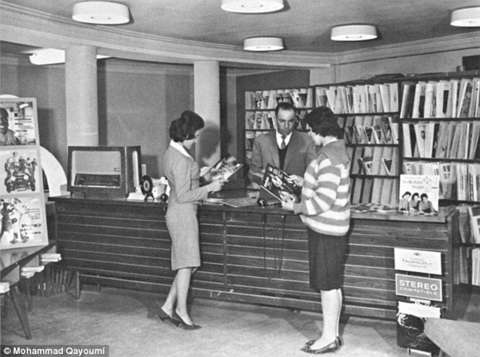 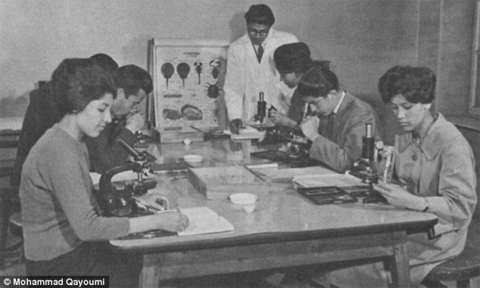 Initially the program allowed UW faculty to teach vocational agriculture at Kabul University. Later agreements provided for teaching engineering at the high school and university levels, and some research. More than 30 UW professors eventually spent varying amounts of time in Afghanistan. It wasn’t always easy. There were conflicts, UW historian Deborah Hardy notes, over personnel and staffing, there were housing and communications difficulties and the underlying mission of the program was often unclear. “Politics, too, intervened,” she writes in her history of UW, without elaborating further. “Few complained,” she notes, “although conditions were far from ideal.”

The Browns in Kandahar

At least one personal account of a Wyoming family’s time in Afghanistan survives from those years. Ruth Southworth Brown, her husband Donald Brown of the UW College of Agriculture faculty and their teenage daughters Diana and Anita lived in and near the nation’s second largest city, Kandahar, in southern Afghanistan, from the fall of 1956 through June 1958.

Farming methods in the countryside were basic; many farmers tilled their land with an ox-pulled plow made from a tree limb, sometimes with a steel point. Don found farmers and students deeply impressed by what to him were the simplest of tools: a shovel, a garden rake or a wheelbarrow.

Ruth Brown taught English at the same school the second of the two years they were there.

Along with the U.S. State Department programs, programs from the United Nations, the World Health Organization and others worked to “help this underdeveloped nation to help herself,” as Ruth put it in a memoir she published 20 years later. “The political overtones were never mentioned,” she added, “but there for all the world to see was the Russian neighbor building huge bakeries, paving Kabul streets, constructing a new airport near the capital city—a concrete display of objects in contrast to our subtle, hopefully more enduring assistance in knowledge, methods and skills.”

But Americans, too, were pouring concrete. In 1946, the king invited Americans to oversee a huge irrigation project along the Helmand River in southern Afghanistan. He contracted with Morrison-Knudsen, the same engineering firm that had built Hoover Dam and the San Francisco Bay Bridge, to run the project. The company built two dams and a network of irrigation canals, as well as an American community in the town of Lashkar Gah. It was very much like an Arizona subdivision, with comfortable stucco houses, an alcohol-serving clubhouse and a swimming pool.

When they first arrived, the Browns lived there, grateful for the swimming pool in the intense summer heat. Later, they moved to a large, new house, provided by the program, in nearby Kandahar. There, unlike the more isolated expats in Lashkar Gah, the Browns had both Afghan and American friends. Ruth came to feel close to Afghan culture and its complexities. Afghan women never went out in public unless covered head to toe in their burkas. Western women, in knee-length dresses, bare faces and uncovered hair drew crowds of onlookers in the bazaars—at first. By the time the Browns left that was no longer the case.

In the beginning, Ruth’s students spoke Farsi or Pashto, but little English. The Browns’ 19-year-old houseboy, Baerdi—they nicknamed him Birdie—helped the family navigate the culture in multiple ways. They grew fond of him for his wit and kindness. Birdie was a Farsi-speaking Turkoman. Ruth and the girls learned many words from him and he from them; she learned many more from her students. One of her students near the end of the term invited her to a large family wedding; she spent time with the women away from the men, where the women could dispense with their burkas and show off for each other their rich clothes in fine, bright fabrics. She wrote,

The women were dressed in their best: blue satins, red silks, purple chiffons, yellow brocades; sheer, lovely veils over dark, well-groomed hair; elaborate earrings, bracelets and necklaces. Faces were powdered and rouged, eyes were heavily made up, and lips wore generous application of lipstick . . . As the night wore on, we became aware that some of the women were disappearing occasionally, only to reappear a few minutes later in a completely new but equally gorgeous outfit. Some changed garb as many as four times during the party. Whatever the psychology or reason, the Afghan women presented a colorful picture, while in contrast the Browns must have looked quite drab, the girls in sweaters and skirts and I in a warm navy suit.

By the time the Browns left Afghanistan, it was a bittersweet parting. 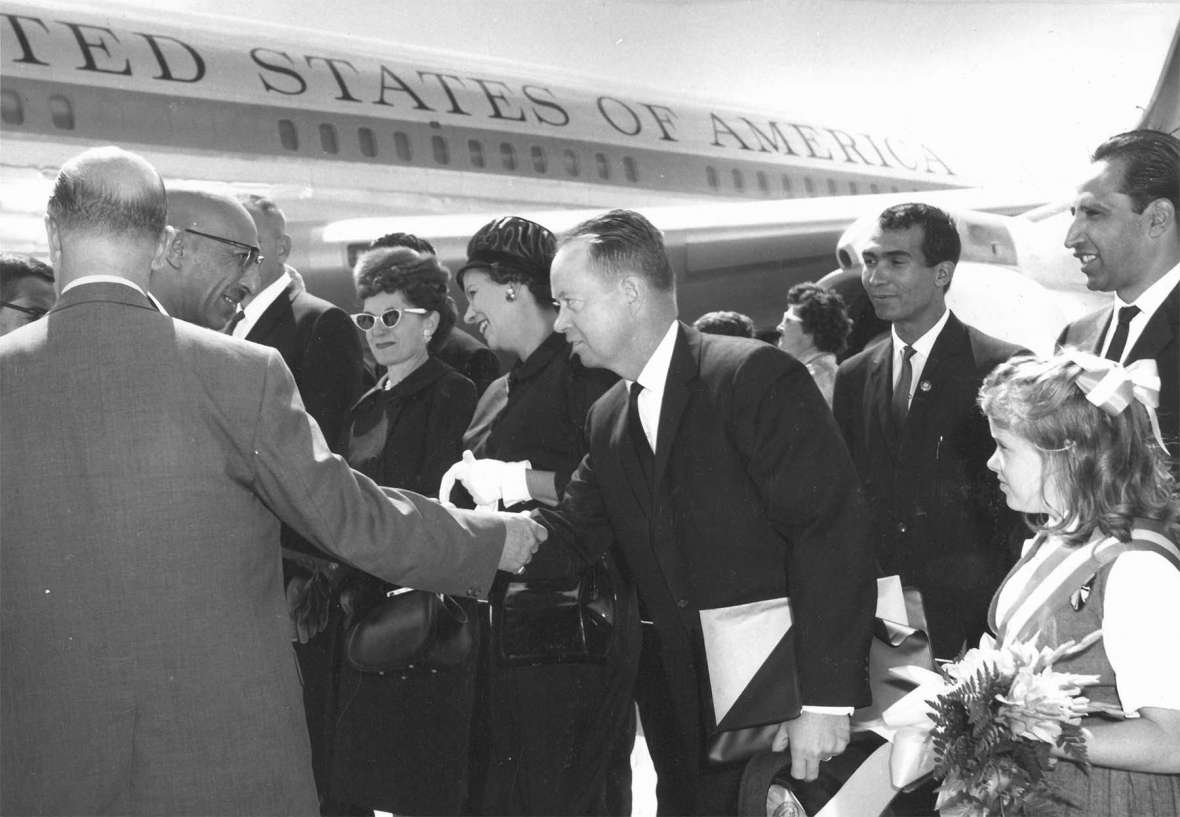 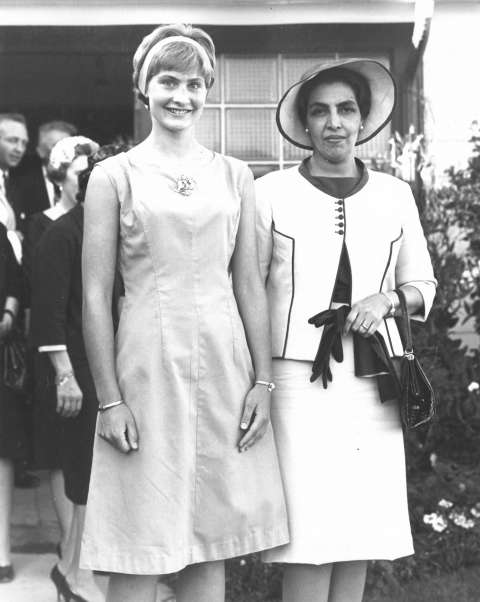 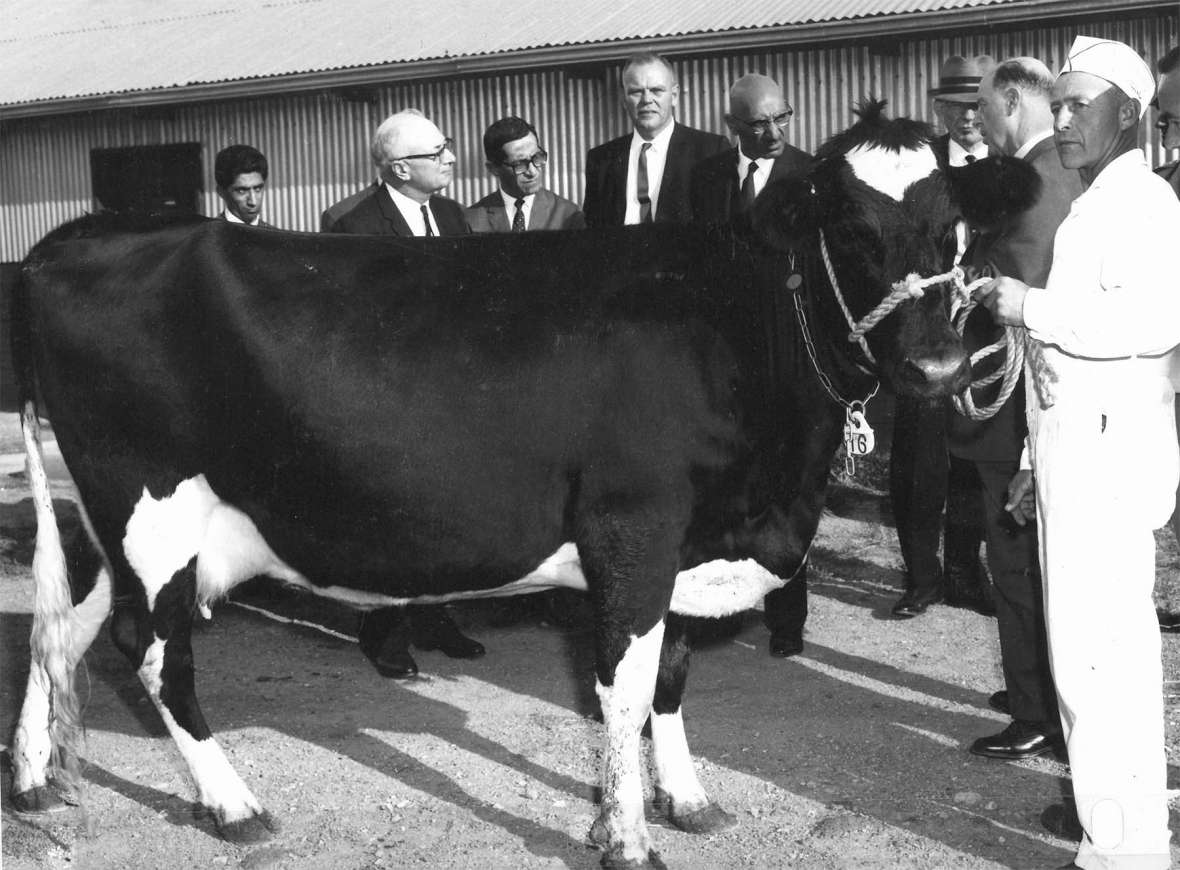 For its part, the UW program, established during the long UW presidency of George “Duke” Humphrey, lasted 20 years. An A.I.D. report from 1972 shows the U.S. government spent around $400,000 per year on the program. At that time there were 10 contract positions, apparently filled by UW faculty, in the program at Kabul University. Student university enrollment since the start had increased from 130 to 449, with A.I.D. providing books and equipment. By the time of the report a four-year agriculture curriculum had been developed, an A.I.D.-financed classroom and laboratory building had been built and agricultural research and demonstration projects had increased.

The University of Wyoming program “surged and wobbled,” Hardy reports, and finally was phased out in 1973.

A high point came in September 1963, when Humphrey and a cohort of Afghan exchange students welcomed the king and queen to Laramie to receive honorary UW degrees.

Some months after they left, a UPI story in the Casper Star-Tribune noted that two Wyoming state troopers, Sgt. J.D. Maxted of Laramie and Lt. A.D. Reese of Cheyenne, had received solid gold medals of honor, the “highest awards given civilians by the government of Afghanistan,” from the king for “services rendered.” Perhaps the troopers had acted as security for the royals when they were here.

Zahir Shah was deposed in a bloodless coup in 1973. In 1978 a communist government took over Afghanistan, and the Soviet Union invaded the following year. Soon an insurgency against the Russians developed, led by the Mujahideen, fundamentalist Islamic fighters. With United States funds and weapons, they were successful and the Russians left in 1989. The Mujahideen’s political descendants, the Taliban, began ruling the nation in the 1990s, during which time they allowed Al Qaeda, led by Osama bin Laden and others, to train and plan in Afghanistan. Al Qaeda suicide pilots successfully destroyed the World Trade Center in New York City in 2001.

U.S. and NATO forces invaded Afghanistan the following year, toppling the Taliban regime and driving the fighters into retreat, many to safe havens in bordering Pakistan. Osama bin Laden was assassinated in Pakistan by U.S. Navy Seals in 2012. Presidents Trump and Biden both promised to end the U.S. presence in Afghanistan. When U.S. troops finally pulled out in summer 2021, the U.S.-backed regime collapsed very quickly, and the Taliban regained control of the nation. 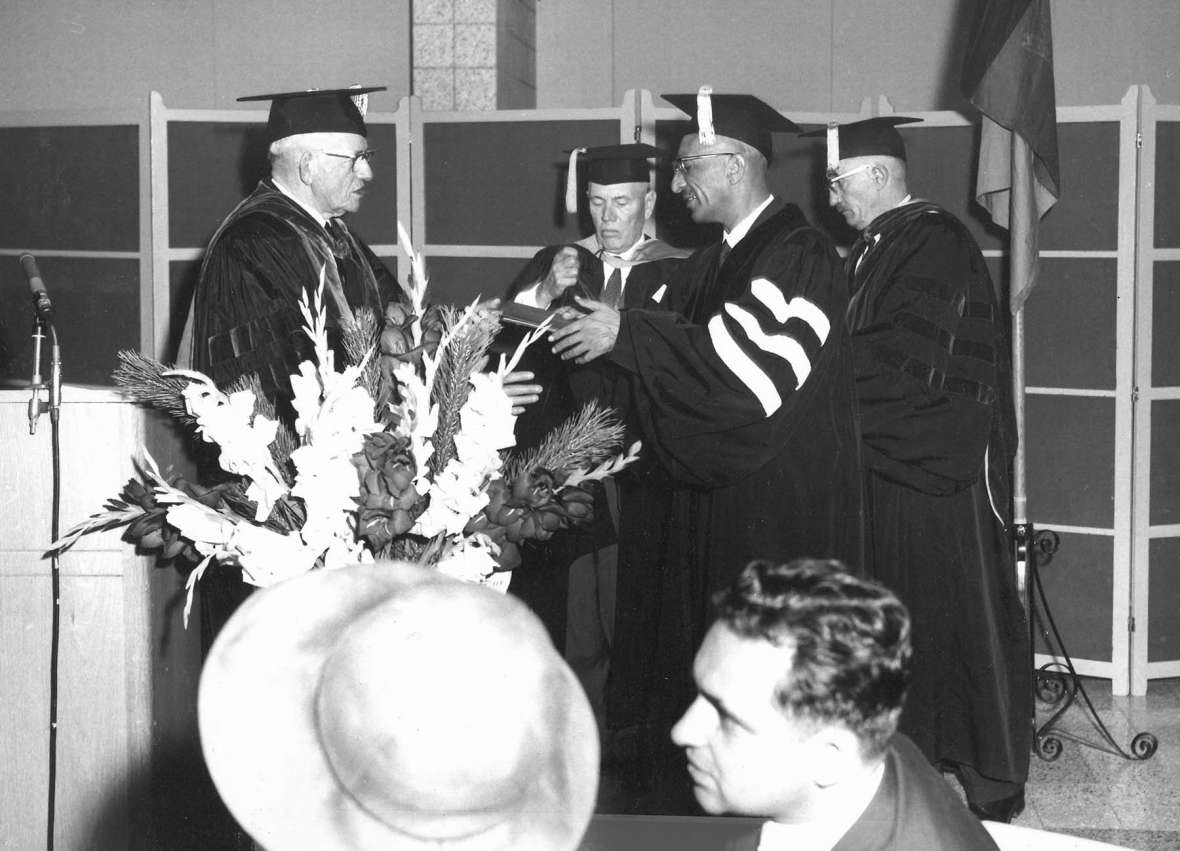 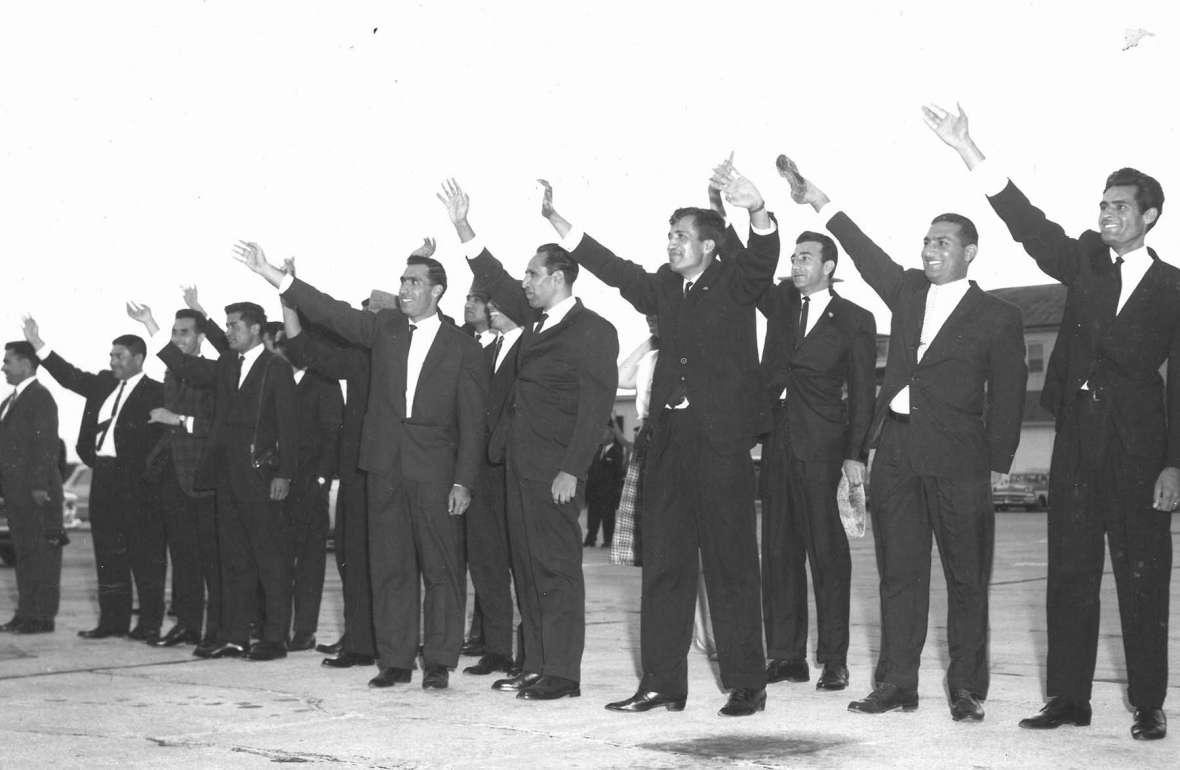 Editor’s note: Special thanks to the American Heritage Center at the University of Wyoming, which in summer 2021 commissioned WyoHistory.org to research this topic for use on its History Day pages aimed at Wyoming secondary student participants in that program. 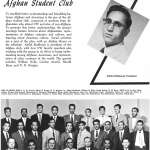 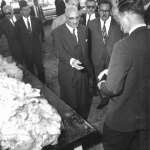 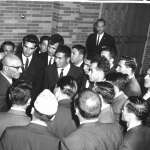 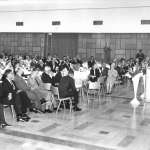 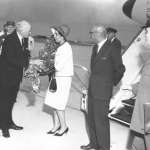 More about University of Wyoming at Wyoming Places