Ruts carved two to six feet deep in a sandstone ridge on the south side of the North Platte River about a half mile south of Guernsey, Wyo., provide striking physical evidence of the route followed by hundreds of thousands of westbound emigrants on the Oregon Trail during the years 1841-1869. 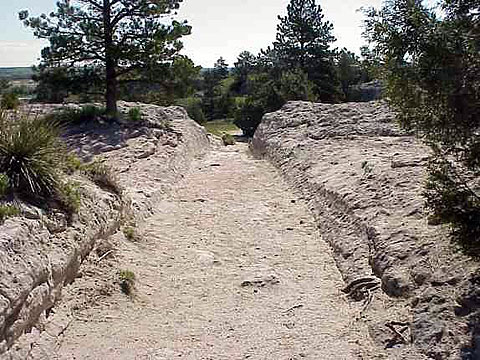 The ruts resulted from years of wear by iron wagon-wheel tires, and from intentional cutting by emigrants attempting to ease the grade up from the level of the river nearby.

The first recorded use of the route was in 1812, when Robert Stuart and six companions returned to the East from the mouth of the Columbia River. Many traders, trappers and missionaries took Stuart’s route in the decades that followed. The 1841 Bartleson-Bidwell party is generally recognized as the first wagon train of settlers to use the trail. In 1842, about 125 people used this route; the next year, around 900 people traveled the trail. The Oregon Trail soon became a clearly defined and well-used road.  From Fort Laramie to South Pass in what’s now Wyoming, the Oregon, California, Mormon and Pony Express Trails followed the same route.

After 1869, when the Union Pacific Railroad was completed, the use of the trail as an overland route declined, although some sections were used locally for years. The Oregon Trail Ruts near Guernsey are probably the most prominent ruts along the trail today, unsurpassed in their clarity and integrity. 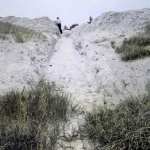 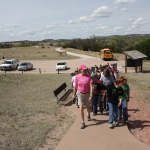 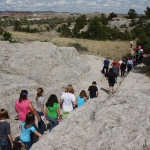 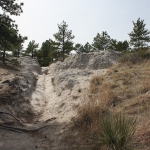 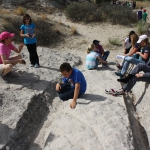 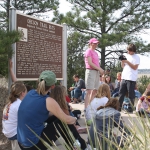 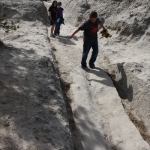 More about Guernsey at Wyoming Places

Thirteen ways to think about the Oregon Trail Ruts