The Sweetwater Valley contains three distinctive granite landmarks: Independence Rock, Devil’s Gate and Split Rock. The last of these, Split Rock, with its unforgettable gunsight notch, was visible to emigrants for two days or more as they approached and then left it behind them. 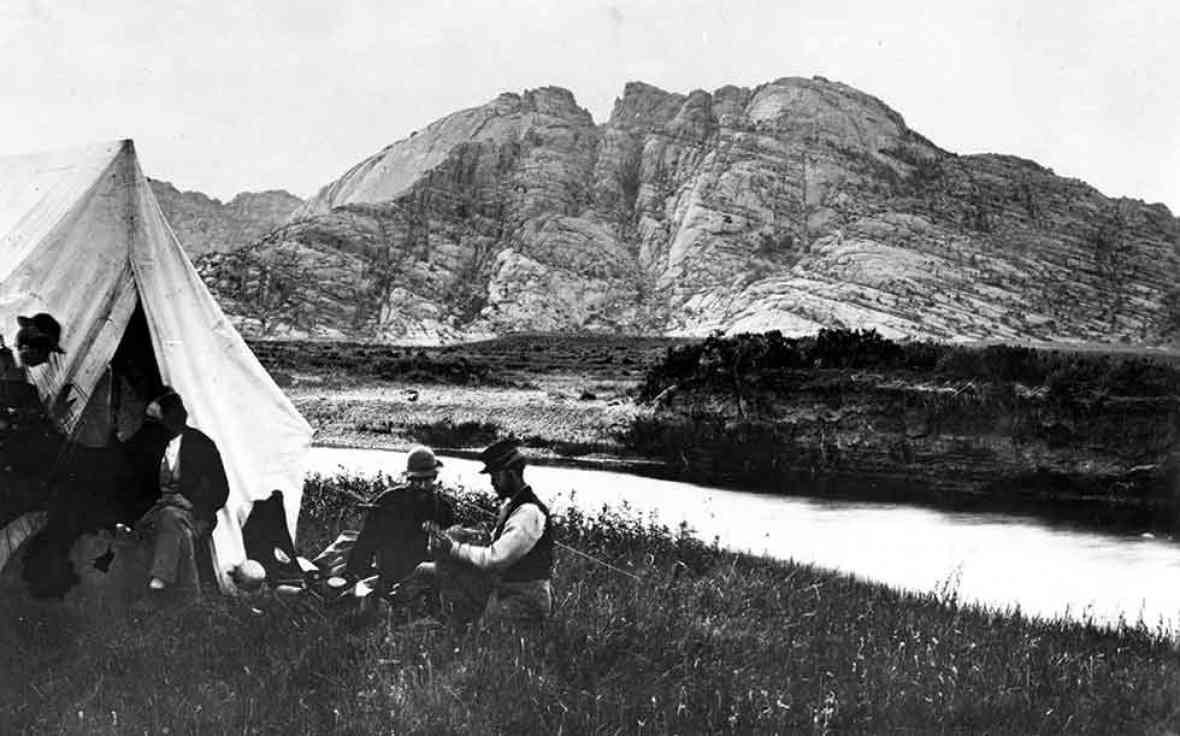 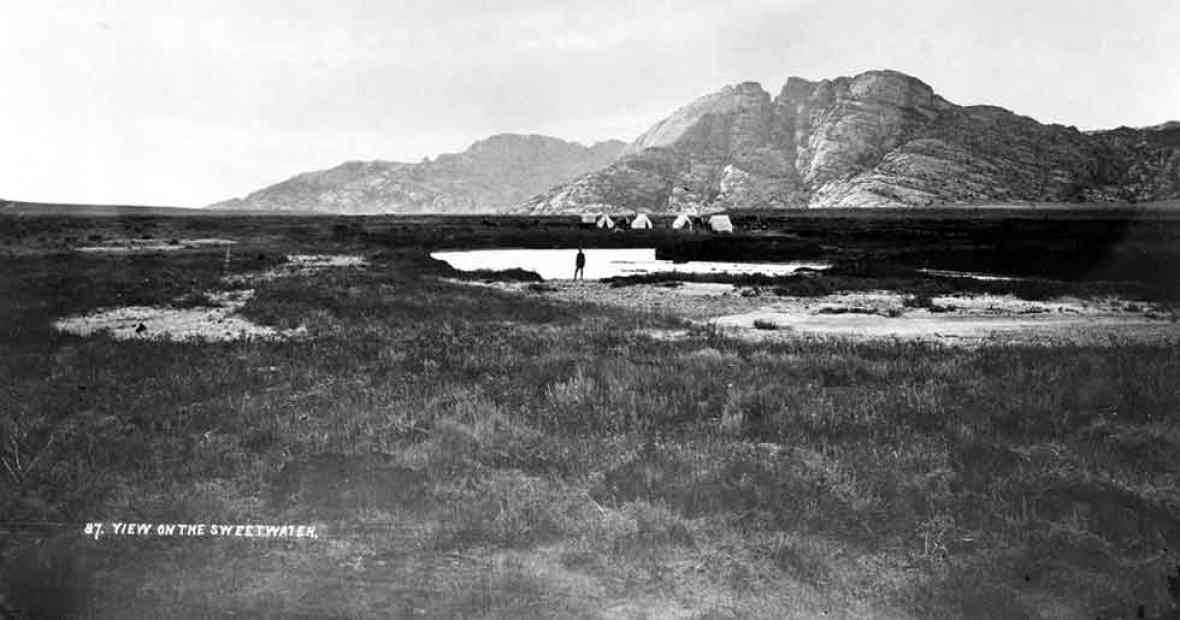 Some emigrants on the Oregon, California and Mormon trails—all one road at this point—found this landmark in the Rattlesnake Range a useful navigational tool as they made their way west up the Sweetwater. “[Y]esterday,” Joseph Middleton wrote in 1849, “from the time we started we steered to this cliff with a steadiness that was astonishing, never deviating from it more than the needle does from the north pole, excepting once for a short time—I think this cleft or rent or chasm is very conspicuously seen from the Devil’s Gate, which I think is 11 miles from here; and I think it is still at least 6 or 8 miles ahead. …” 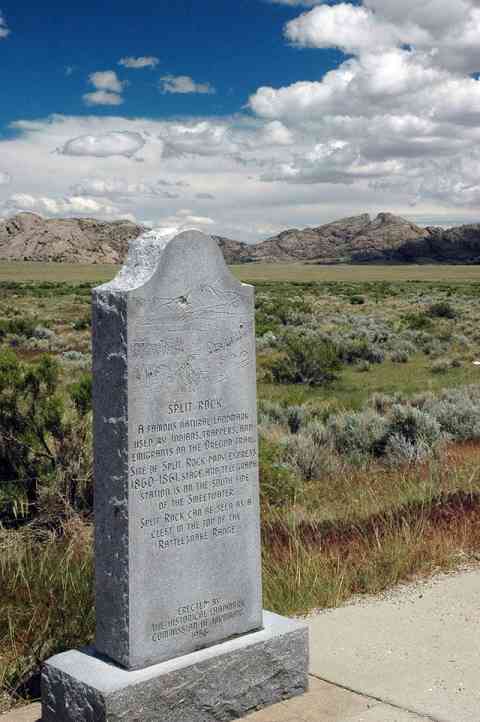 Rising some 1,000 feet above the sagebrush prairie, Split Rock aimed westbound emigrants directly at South Pass, still more than 75 miles away. The relatively gentle landscape offered them a short, but much needed, respite in their long journey.

Emigrants were struck by the rock’s beauty, too. “The picture was worthy the pencil of an artist,” William Carter wrote late in 1857. “Our camp was near what is called the Split in the Rock, a remarkable cleft in the top of the mountain which can be seen at a great distance in either direction.”

Split Rock Station is located a short distance west of Split Rock between Cranner Rock and the south bank of the Sweetwater River in what is now a hay meadow. In the early 1860s, the site served as a Pony Express station, stage station and telegraph station.

Diarist Henry Herr reported that, in 1862, 50 soldiers from the 6th Ohio Regiment were encamped here to protect the emigrants. A crude log structure and pole corral that were part of the station are now part of a private ranch homesite.

Split Rock is located in Natrona County. The Bureau of Land Management Interpretive Rest Area lies just across the line in Fremont County. Travel west of Muddy Gap Junction on U.S. Highway 287 for about eight miles to the Split Rock Rest Area on the north side of the highway.

The BLM has developed an attractive rest area here, south of Split Rock. A short hiking trail, with interpretive panels regarding the area and its history, leads to an overlook from which trail ruts are visible. Unfortunately, the location of the rest area precludes seeing the distinctive gunsight notch.

Another 3.5 miles west of the rest area is a historical marker turnout for Split Rock. From here, there is a good view of the gunsight notch from the west.