Accustomed to having her good looks noticed before her formidable intellect, Milholland had learned to rely on the first to lure crowds and the second to convert them. As she rose to prominence in previous years, becoming the prototypical “New Woman,” the Laramie Republican had also noted Milholland’s “striking features, flashing dark eyes, mass of dark brown hair, dimples, even, regular teeth and dazzling smile.” 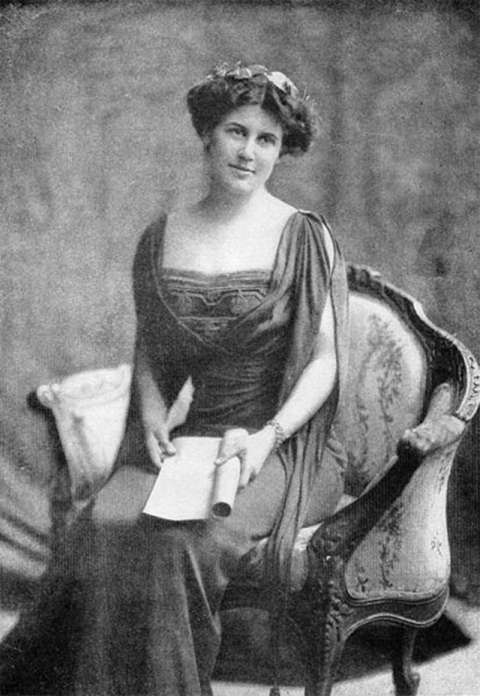 Milholland was born in Brooklyn in 1886, but moved to London at age 13. There, she learned social justice from the British suffragettes, African-American civil rights activists, Irish revolutionaries, and Boer War dissidents her parents regularly entertained. By 1905, when Inez returned to the United States to attend Vassar College, she had become a fearless activist.

She made waves by ignoring Vassar’s ban on suffrage activities and by leading her fellow students to a nearby cemetery to hear speakers banned by the college. After graduation, Yale, Harvard and Columbia law schools rejected Milholland because of her gender.

But New York University welcomed her, conferring her law degree in 1912. Milholland was passionate about prison reform, world peace and labor reform but gained fame as a suffragist, often leading their colorful parades, complete with floats, banners, bands and costumes.

Such was true in 1913 when Milholland—resplendent in a flowing white cape and crown atop a large white horse—led a massive parade on the eve of President Woodrow Wilson’s inauguration.

When drunken bullies rushed the crowd—grabbing, cursing, and spitting on the women—things quickly turned ugly. The Laramie Boomerang captured the scene: “Five thousand women … fought their way foot by foot up Pennsylvania avenue, through a surging mob that defied the police, swamped the marchers and broke the procession into little companies.”

From her perch high above the crowd, Milholland continued to guide the “petticoat cavalry,” pushing through the mob until troops finally arrived to assist the “exhausted and unnerved” marchers. Later, after witnesses at a Senate hearing told jarring “tales of indignities and affronts,” of “coarse buffoonery,” of police standing by “with arms folded,” according to press reports, the Senate passed the first favorable women’s suffrage report in two decades. 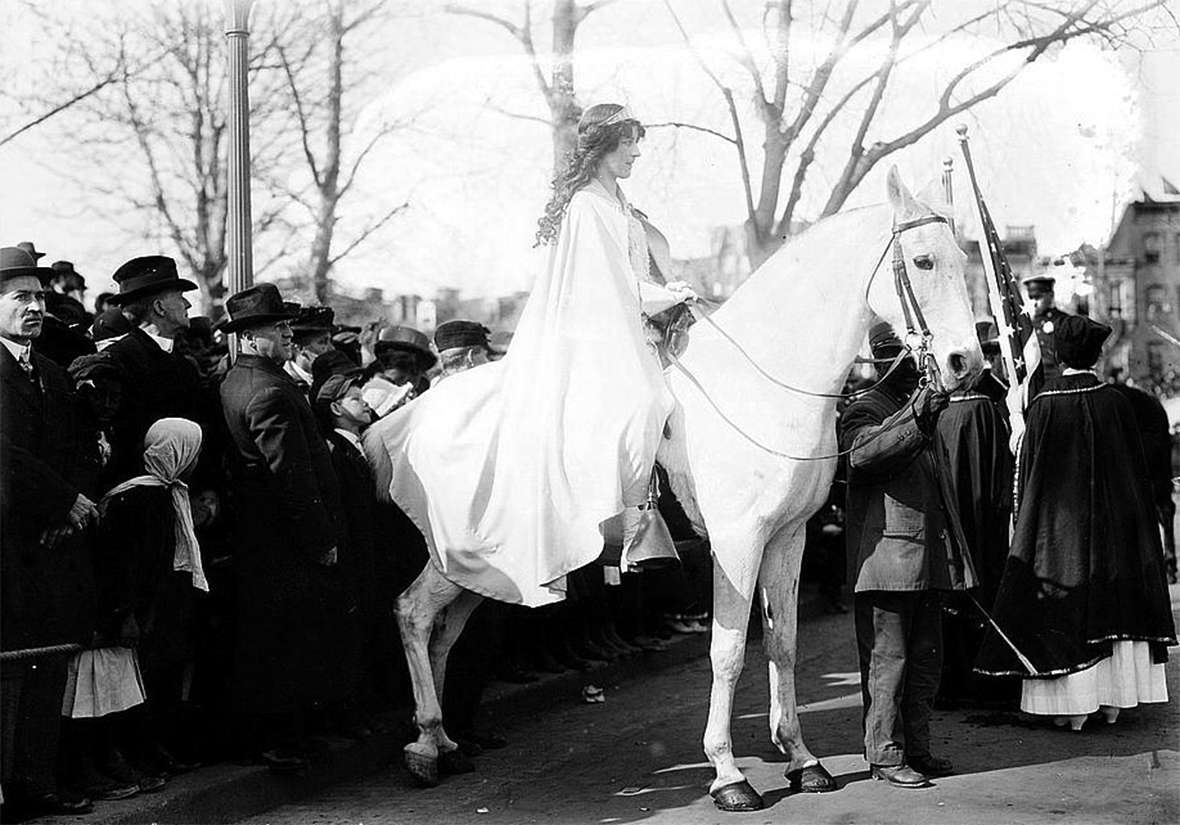 “Women for women and not for Wilson.”

But in 1916, with another presidential election looming, the women’s right to vote remained elusive. Alice Paul, head of the National Woman’s Party, devised a special appeal to the 4 million Western women already empowered to vote: Vote for women’s suffrage by voting against Wilson, then running for a second term.

A public relations genius, Paul beseeched the always-newsworthy Milholland to lead this effort. Although exhausted by a recent unsuccessful European peace conference, Milholland agreed to become the campaign’s “special flying envoy.” The effort would begin in Chicago with a keynote by Milholland to the National Woman’s Party convention. One hundred years before teleconferencing became commonplace, Paul arranged an open phone line to allow people in far-flung communities to hear Milholland’s address.

Afterwards, Milholland left for Cheyenne, Wyo., accompanied by Harriot Stanton Blatch, daughter of the nationally known veteran suffragist Elizabeth Cady Stanton. They would kick off the tour on Oct. 6 at Cheyenne’s Plains Hotel.

The headlines now would belong to Inez Milholland Boissevain. Shortly after the terrifying 1913 parade, Milholland had proposed to, and then eloped with, Eugen Boissevain, scion of a Dutch publishing family. Ironically, having married a foreigner, Inez had lost her citizenship. So even her most passionate advocacy would never win Milholland a vote.

Dr. Frances Margaret Lane of Cody, Wyo., chaired the Woman’s Party in Wyoming. She arranged for “every woman voter in every county of the state” to receive the party’s appeal, which declared: “It is impossible for any problem that confronts the nation today to be decided adequately or justly while half the people are excluded from its consideration. If Democracy means anything it means a right to a voice in government.” 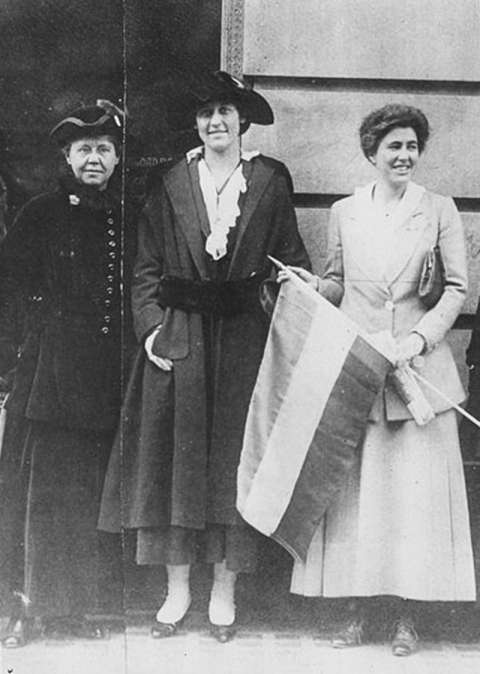 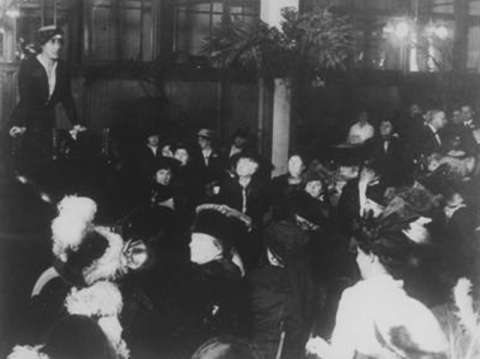 Decrying as intolerable allowing so many issues to be decided without women’s input, the appeal urged Western women to vote “for her fellow women who are not yet free.” Newspapers summarized the message as: “Women for women and not for Wilson.”

The Republican judged the event at the Plains Hotel “highly successful.” At a reception in Cheyenne, however, a skeptical Mrs. Gibson Clark challenged the women for their “inconsistencies and contradictions” and expressed confidence that their rhetoric “would not … injure the cause of President Wilson.”

The Cheyenne Sunday State Leader dismissed Milholland and Blatch’s “little fling at President Wilson,” crowing: “These women of national reputation journeyed two-thirds of the way across the continent to find themselves out-matched by a Cheyenne woman,” justifying “a certain thrill of pride.”

Across the state in Kemmerer, Wyo., however, the Kemmerer Republican reported Mrs. C. Watt Brandon ebullient after seeing the two speak in Pocatello, Idaho: “Mrs. Boissevain is a most interesting, convincing and logical speaker and she made a most favorable impression. … As a woman of immense wealth, splendid education, accomplished, one of magnetism and stately beauty, yet withal a womanly woman, she is one to win the hearts of all who were so fortunate as to hear her.” With “common sense … plainly written in [Boissevain’s] every feature,” Mrs. Brandon lamented that “the women of Kemmerer are unable to hear these speakers,” noting that even tiny Montpelier, Idaho, had given the women “quite an ovation.”

The same happened in Green River, Wyo., where a large crowd turned out to meet the train carrying the two. Inez “made a brief speech from the rear platform of No. 7,” charming “all who heard her,” the Rock Springs Miner reported. Throughout the West, noted the Kemmerer Republican, “enthusiastic crowds” had filled “halls and theaters … to the limit.”

Buoyed by the crowds, Inez Milholland Boissevain gave rousing, impassioned speeches but, behind the scenes, she was ill. She had returned ill from the European peace conference even before she began her western tour. By this time, she was suffering from a raging infection. The recommended strychnine and arsenic did nothing and she grew weaker and weaker.

In Butte, Mont., she awoke unable to stand. Then, on Oct. 22, 1916, Inez collapsed before a packed Los Angeles auditorium. The infection had spread to her teeth and weakened her heart. Hospitalized with pernicious anemia, her ups and downs were closely chronicled by newspapers nationwide. Finally, on election night, as the Western states guaranteed President Wilson a second term and Montana elected Jeannette Rankin the first female to serve in the U.S. House of Representatives, Inez’s sister announced that the suffrage movement’s “noted beauty” was dying.

Dead at age 30, Inez Milholland Boissevain continued to make history, becoming the first woman honored with a memorial service in the U.S. Capitol’s Statuary Hall. “Politicians, in this unusual and beautiful ceremony … glimpse[d] the turning of the tide,” the Park County Enterprise reported.

In 1920, the 19th Amendment to the Constitution was ratified by enough states that it became law, giving women nationwide their long-sought right to vote. As suffragists celebrated, a small group gathered in upstate New York, in the shadow of the recently renamed Mt. Inez, to honor the indomitable and beautiful Inez Milholland Boissevain. 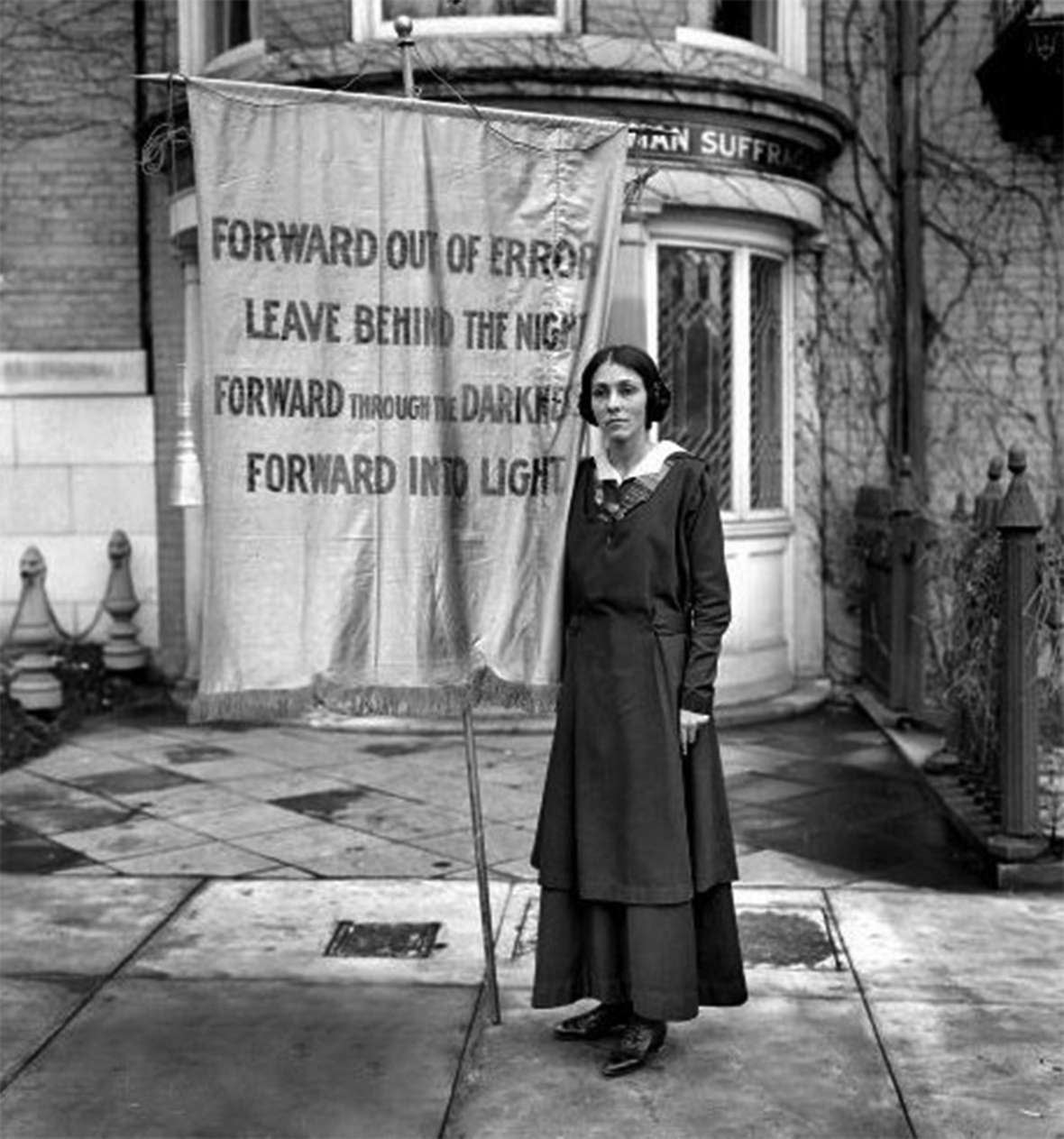 Lesley Wischmann is a writer and historian specializing in the Upper Missouri fur trade and historic emigrant trails. Her most recent book, This Far-off Wild Land: The Upper Missouri Letters of Andrew Dawson was published by Arthur H. Clark Co. in June 2013. She is also a founding director of the Alliance for Historic Wyoming.

The Wyoming Women’s History House in downtown Laramie, Wyo. honors Louisa Swain of Laramie and 12 other historic women of Wyoming. Swain in September 1870 was the first woman in Wyoming to cast a ballot under a new territorial statute giving women and men equal voting rights. The house, at 317 South 2nd Street, is open most afternoons for tours beginning March 1, with longer hours in summer. Admission is free. To schedule a tour or for more information visit the link above or contact  Executive Director Mary Mountain, (307) 399-9571, director@wyomingwomenshistoryhouse.info.