In September 1869, 10 weeks before Wyoming’s territorial legislature passed a law allowing women to vote, a celebrity women’s-rights speaker drew a crowd of 250 people to a lecture in Cheyenne. It was a huge crowd for what then was a town of only 2,300 or so. 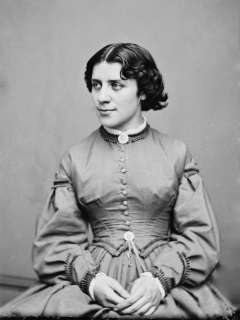 Anna Dickinson, 26 years old, was reaching the peak of her fame. Raised near Philadelphia in a Quaker family with Abolitionist ties, she began speaking publicly when only in her mid-teens. Her topics included the horrors of slavery, the rights of African-Americans and, later, women’s rights. By the age of 19, in 1861, she was on her first lecture tour. Two years later she spoke to a crowd of 5,000 at the Cooper Institute in New York City. In 1864, she spoke on the floor of the U.S. House of Representatives, with Abraham Lincoln on hand. She was the first woman ever to speak to Congress.

By the late 1860s, Dickinson and her friends Susan B. Anthony and Elizabeth Cady Stanton, founders and longtime champions of the women’s movement in the United States, were lecturing widely and winning a lot of press coverage. Lecture tours were big business. Dickinson was speaking hundreds of times per year.

“She talks fast, uses no notes what ever,” Mark Twain wrote to a California newspaper in 1867, “never hesitates for a word, always gets the right word in the right place, and has the most perfect confidence in herself. Indeed, her sentences are remarkably smoothly-woven and felicitous. Her vim, her energy, her determined look, her tremendous earnestness, would compel the respect and the attention of an audience, even if she spoke in Chinese—would convince a third of them, too, even though she used arguments that would not stand analysis.”

“Somebody says,” a Cheyenne newspaper noted in summer 1869, “that Mrs. Stanton is the salt, Anna Dickinson is the pepper, and Miss Anthony the vinegar, of the modern women’s rights movement.”

Only railroads made such a life possible. The transcontinental railroad had been finished in May 1869, four months before Dickinson’s lecture. Cheyenne, which hadn’t existed before the first Union Pacific graders arrived in 1867, now was hosting speakers of national repute who needed a stop there to help make the tours pay.

And Cheyenne newspapers, as eager for contacts with the outside world as for news on more local questions, were glad to give speakers space. At the time there were three papers—the Democratic Daily Argus, the Republican Rocky Mountain Star, and the Republican Cheyenne Leader, edited by Nathan A. Baker.

A close vote in Dakota Territory

Since most of present Wyoming at the time was part of Dakota Territory, Baker kept an eye on events in Yankton, the territorial capital. In January 1869, when the Territorial Legislature failed by one vote to enfranchise women, Baker wrote that women had been invited to defend the measure. But “[a]s there are no Anna Dickinson’s, nor Cady Stanton’s, [or] Susan Anthony’s in Yankton,” the measure failed. Dakota legislators had thrown away a rare chance to make history, the Leader added. Before they would meet again, “Kansas, Iowa or some other State will have gained the honor of being the first to recognize what will soon be universally considered women’s political rights.”

It is a notable comment, given events in Wyoming Territory later that year. 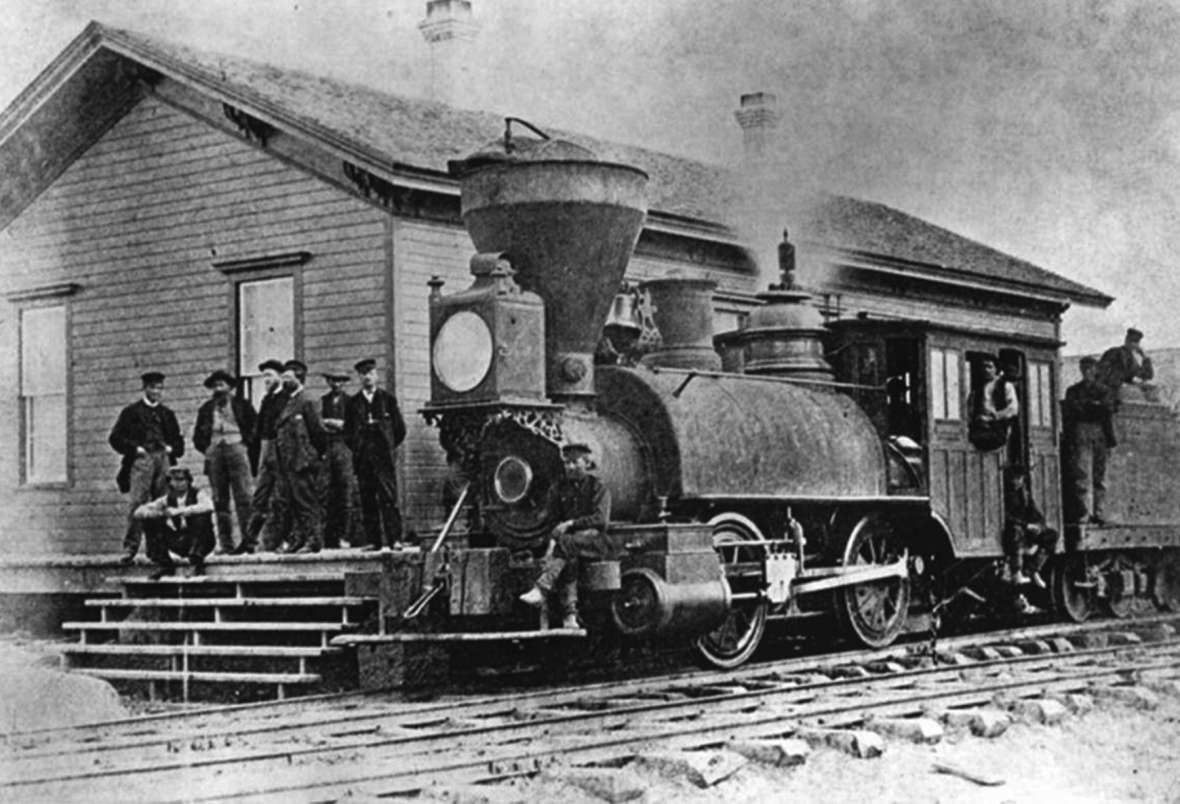 A first stop in Cheyenne

In mid-June, Dickinson stepped out onto the depot platform in Cheyenne for a breath of air. She was on her way to San Francisco in elite company, traveling with members of the Ways and Means Committee of the U.S. House of Representatives “in a special train with a silver palace sleeping car attached.”

The Leader noted, “Anna is good looking, and seemed to be a great favorite with the M.C.’s [members of Congress].” “’Nothing unreasonable’ in that,” it concluded.

Near the end of the month, the Leader published a Dickinson anecdote from Omaha—one of many it published that year. After giving two lectures on women’s rights, for which she was paid $400, she was approached by “an erring and suffering sister” who needed money. Dickinson gave the woman only five dollars, according to the account.

At this, the peak of her career, Dickinson seems to have been earning about $20,000 per year—more than $400,000 in today’s dollars. Reportedly, she gave most of it away to charity, family and friends, and kept for herself enough to keep a handsome town house in Philadelphia.

Dickinson’s central motives, the Leader speculated, “have been a love for notoriety, and the money to be made out of it; rather than any particular degree of sympathy for her sex.”

On Sept. 24, 1869, the day of the lecture, the Leader ran a notice giving the public some idea of what to expect, saying it had nothing against her while adding a barb: “But when it comes to the absurd question of Female suffrage, then Miss Dickinson, in common with her sister advocates of the preposterous hobby, must come in for her share of the ridicule.” She “is the most ladylike, best looking, and decidedly the most feminine of all the suffragers. Had she left that odious clique of Amazons alone, she might have been America’s Literary Queen.”

It was still extremely rare for a woman to be speaking from a public stage. The novelty of her appearing at all clearly contributed to the large size of the crowd; like Cheyenne itself at the time, it was probably at least 80 percent male.

Territorial Secretary of State Edward Lee, on record as a strong supporter of women’s rights, introduced her to the crowd, which included Territorial Gov. John Campbell.

The Leader—probably Baker himself—wrote that though she was sometimes eloquent, her remarks were often too broad and sweeping, and her facts seemed hastily assembled to bolster her points. “[T]he ballot in the hands of women” would solve a host of social evils, she said—but the reporter was skeptical, convinced that her motives were financial: “Take away the pecuniary attraction, and we fear there would be few laborers left in the field of reform.”

The account spent a lot of space on Dickinson’s looks and demeanor. She “possesses a certain piquancy and mobility of expression.” Her hair was dark, short and curly. “She is not good-looking or even pretty; but her countenance occasionally lights up under the inspiration of her thoughts and then for a moment she is almost beautiful.”

Then, on a more critical note, the reporter went on to write that she dressed in black, wore diamonds and a heavy gold chain and toyed with the chain while speaking. Her voice was “heavy, masculine and anything but musical.”

Although the article finally noted that the crowd liked her very much, it said­­ nothing about what this might show about the strength of her arguments. 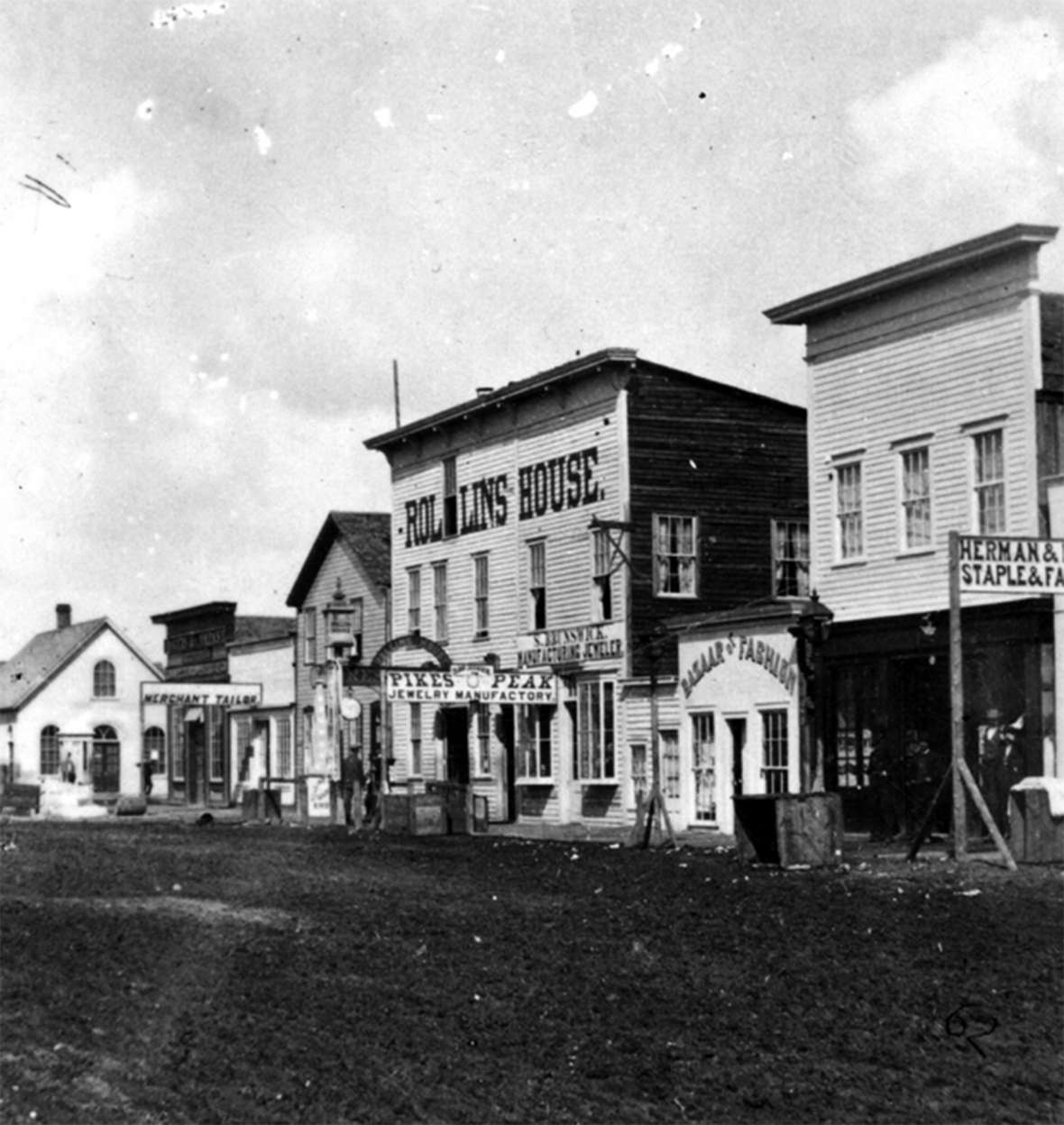 The Leader contrasts Dickinson and Bates

The Territorial Legislature convened on Oct. 12. On Oct. 30, the Leader ran a notice that “young, beautiful, and talented” Redelia Bates of Missouri, a women’s-rights speaker with substantial success on a recent tour in Colorado and “the intimate friend and protégé of Miss Dickinson” would be speaking in Cheyenne in a few days.

On Nov. 4, the House of Representatives approved a motion for Bates to speak in the legislative hall.

A Leader report two and a half weeks later praised Bates highly for her demeanor and eloquence, noting that “every gesture and feature and look proclaimed her to be that noblest of God’s work—a cultivated christian woman.” The lecture left the audience “satisfied that a woman may devote attention to the nobler instincts of humanity without becoming unsexed or unwomanly.” But the account gives nothing of what she actually said.

Sentiments on women’s rights and women’s suffrage must have been shifting in the Legislature and perhaps among Cheyenne’s general population as well that fall. On Nov. 27, Council—that is, Senate—President William Bright of South Pass City introduced his historic bill giving women the right to vote. On Nov. 30, the Legislature passed a bill giving property rights to married women—also a revolutionary measure at the time. That same day, the Council passed the suffrage bill. The House passed it on Dec. 5. On Dec. 10, Gov. Campbell signed the measure into law.

Historians have written widely on the strange mix of motives that prompted the lawmakers: They wanted to attract more women to the state; the members of the all-Democratic legislature hoped the new women arrivals would vote Democratic, too; they hoped the question of whether to sign the bill would embarrass the young Republican governor; and, perhaps strongest of all, if black men were to have the vote, as was guaranteed by the proposed Fifteenth Amendment to the Constitution then circulating among the states for ratification, then white women should have the vote, too.

Certainly, however, a significant number of the legislators voted the way they did because they believed it was right. And the lectures of Anna Dickinson and Redelia Bates clearly helped move public opinion in that direction.

Tom Rea lives in Casper, Wyo., where he is editor and co-founder, with the Wyoming State Historical Society, of WyoHistory.org. He worked for many years in the newspaper business. The University of Pittsburgh Press in fall 2021 published a new, 20th anniversary edition of his book Bone Wars: The Excavation and Celebrity of Andrew Carnegie’s Dinosaur, which includes a foreword by Carnegie Museum paleontologist Matt Lamanna and a new afterword by the author. Other books include Devil’s Gate: Owning the Land, Owning the Story (University of Oklahoma Press, 2006, 2012) and The Hole in the Wall Ranch: A History (Pronghorn Press, 2010). For more on Tom and what WyoHistory.org is all about, click here to see a half-hour interview on Wyoming PBS.