Carrie Burton (1888-1975) prospered despite the odds stacked against her as a young African-American woman growing up in Laramie, Wyo. She entered the University of Wyoming in 1903 at the age of 15.

Carrie’s mother, Katie, was from Missouri where she had been born into slavery and married a man named Carroll. Together they had a son, Benny. Carroll died about 1887; Katie and son moved to Laramie and took in laundry for a living.

Katie then married John R. Burton and soon Carrie was born. Burton, however, was arrested and convicted for burglary and attempted rape in 1890. He was sent to the federal penitentiary in Illinois. 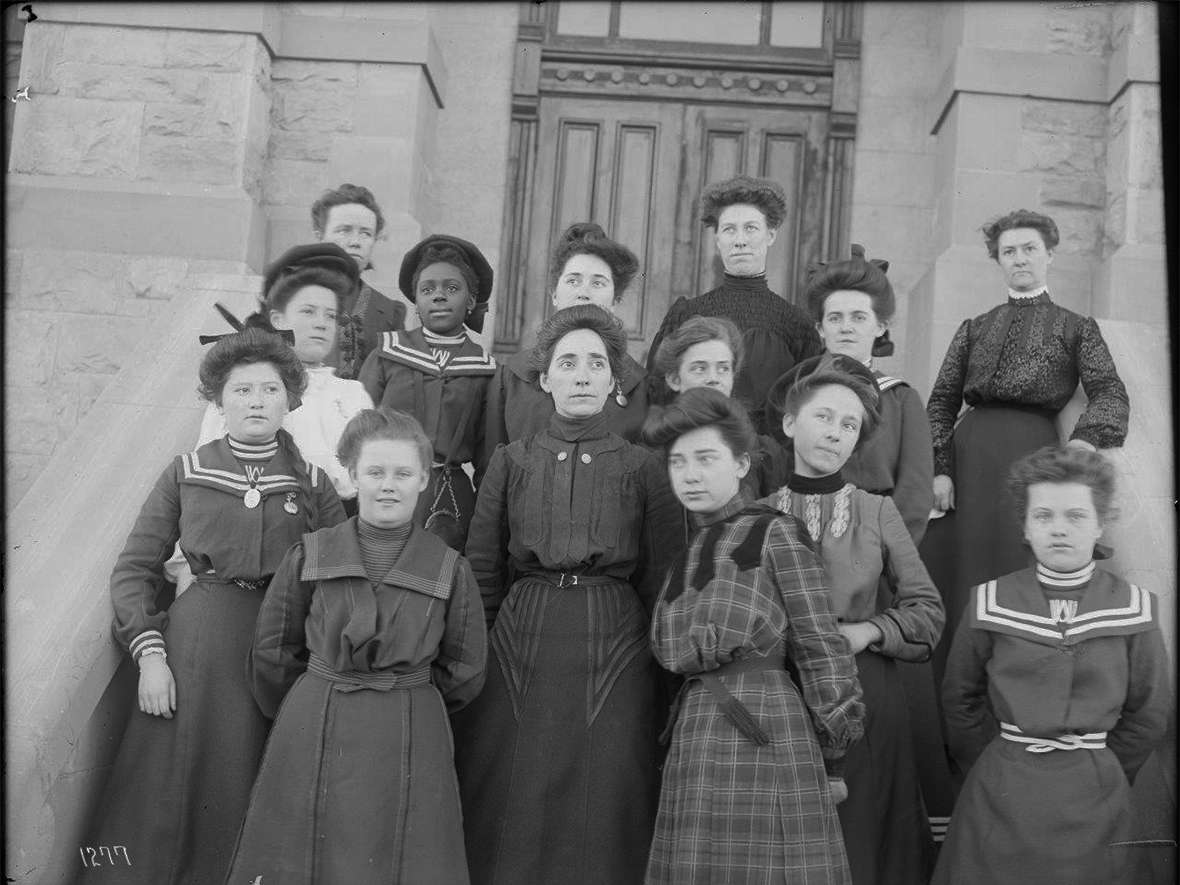 Later in life, Carrie said that she never really knew her father. Instead, she recalled that her stepfather, Katie’s third husband, Thomas Price, had a major influence on her musical career.

Young Carrie suffered through several very painful experiences. A “fortune teller” molested her at the age of 12. He was subsequently arrested and convicted of his crime. In summer of that same year her half-brother Benny drowned in the Laramie River.

Later an older girl who had stolen money to pay for train tickets talked her into running away to Cheyenne. The pair was arrested and returned to Laramie. Carrie was released without charges being filed.

The family was also subjected to indignities because of their race. (Beginning in 1869, Wyoming Territory outlawed interracial marriages. That law was repealed in 1882 but returned later in state law and lasted into the 1960s. Discrimination in housing was not outlawed until 1960.)

The Laramie papers were full of degrading comments about African Americans the entire time Carrie lived there and for many years afterwards. In August 1904, the people of Laramie lynched a black man just two blocks from Carrie’s house, and shot the body when it was hanging from a lamppost. U.S. Census records for Laramie in 1900 show there were no professional African-Americans in town; with the exception of a blacksmith, all were confined to menial jobs. Her mother worked only as a domestic, her stepfather as an unskilled worker. Between the two they did not even make enough money to pay for Benny’s burial.

When Carrie was a child, she was frequently taunted with racial epithets by other children.

“They just called me 'black,'" she told an oral-history interviewer in 1969. "They'd call me ‘nigger’—some of those kids—and I'd call them any name that I could find to call them and we'd be friends.” In the same interview, Carrie noted that when she played the piano for Jane Ivinson, the housekeeper would wipe off the keys when Carrie was finished.

The local newspaper noted that Carrie succeeded in life despite the “prejudice against her race.” And, remarkably, Carrie did not hold a grudge against the Laramie community. In fact, one of her best friends was Miriam Corthell, daughter of wealthy local attorney Nellis Corthell. In the 1969 interview, Carrie said, “I have found there is no place like Laramie for good people. Everybody helped. Everybody in town felt we were family.” (Emphasis in original transcript.)

Carrie was a very good student and an excellent pianist, often called on to perform for community events. Her talents opened a world of opportunities for her. At age 15, having completed eight grades in the public schools, she entered UW, which at that time still offered high school as well as college-level courses.

In the UW Preparatory School, Carrie finished her high school requirements. In the School of Commerce, she obtained a certificate in stenography and in the School of Music she took college-level classes and honed her piano skills. 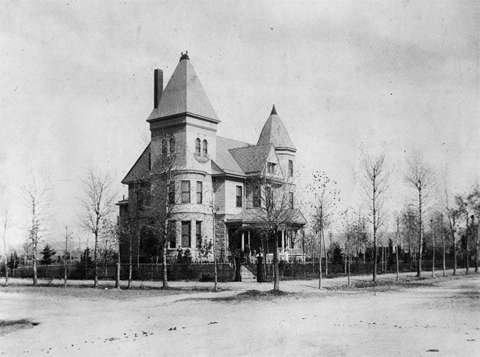 After four years at UW, Carrie was accepted at Howard University in Washington D.C. To help cover the cost of moving, local ladies, with Jane Ivinson, wife of Laramie banker and philanthropist Edward Ivinson, in the lead, sponsored a 1908 fundraising concert for Carrie. Her successful performance received high praise.

Dr. Aven Nelson, a well-known botanist and later president of the university, and others at UW encouraged Carrie to attend Howard. They wrote glowing letters of recommendation and corresponded with both the music department head and the president of Howard University.

At first, her experience in Washington D.C. was trying. Her stepfather died around this time, and Carrie’s mother joined her in the city; for a time the two were barely able to make ends meet. Carrie corresponded with Laramie through a letter published in the Laramie paper, mentioning illness and hard work in her new environment. “I … worried myself sick and was under the doctor’s care for three weeks,” she wrote.

Eventually she found her footing and was very happy with life in Washington. She received a music diploma from Howard in 1913 and, soon after, married George Overton, principal of the “colored schools” in Cumberland, Maryland. The couple, who had no children, moved to New York City in the early 1920s. Working a series of stenography jobs all along—for the NAACP, the Democratic National Committee and the Community Church of New York City—she also continued her musical education. From 1932 to 1941 she studied at the prestigious Juilliard School of Music, earning a diploma in piano and a certificate in music theory during that time.

As a crowning achievement, Carrie composed an original musical work—unfortunately now lost--based on African folk songs that was performed at Juilliard in May 1940 and hailed as a success.

She continued her academic studies by entering Columbia University. There she was awarded both bachelor and master’s degrees.

Despite working and studying full time in New York, Carrie never forgot her Laramie roots. She returned for a visit in 1921. In 1960, she and her school administrator spouse came back to Laramie for that year’s homecoming festivities.

Carrie Burton Overton also played a role in the fundraising efforts of the Laramie Plains Museum. In January 1972 she was encouraged by UW Professor Robert Burns to write the story of her work for the Ivinson family as part of efforts to publicize the mansion that the museum hoped to purchase.

The story was expanded upon by museum fundraiser and supporter Alice Hardie Stevens and carried in the Laramie Boomerang on March 1, 1972. It recapped Carrie’s employment as a stenographer and musician for Jane Ivinson and noted Carrie’s fondness for the “Lady in the Mansion.”

Over the next few months, Prof. Burns also tried unsuccessfully to secure an honorary UW degree for Carrie Burton Overton. Despite polite answers from UW President William Carlson and Dave True of the board of trustees, no action was taken.

Carrie Burton Overton died in New York City in December 1975 after a long illness. She persevered in the face of early poverty and discrimination. She tied her accomplishments to her upbringing in Laramie. In a 1942 letter to the Laramie paper, she put it this way, “In all these things I have tried to repay the good people of Laramie for the faith they had in me.” 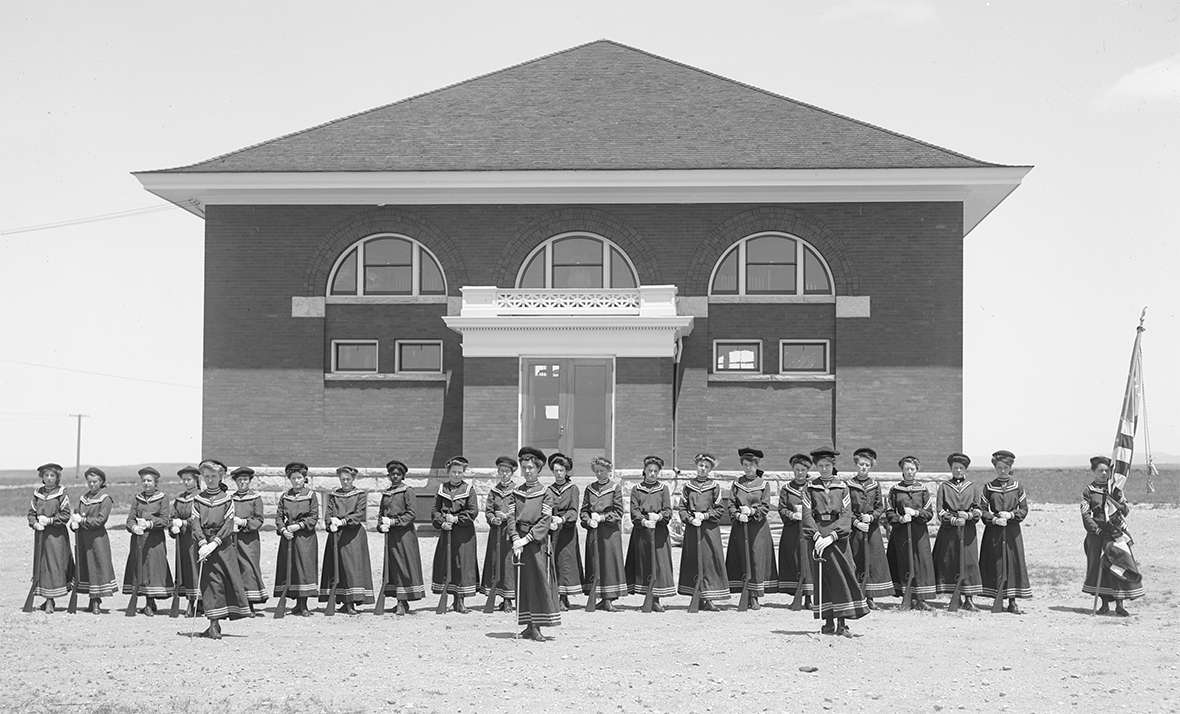 Editor’s note: We are grateful to the Albany County Historical Society, which first published this article Jan. 6, 2018, at https://www.wyoachs.com/new-blog/2018/1/6/carrie-burton-overton-first-african-american-girl-to-attend-uw, and to the editors of Annals of Wyoming, which published a longer version in its Autumn 2017 issue, Vol. 89 No. 4.