Early press reports after Susan Wissler was elected mayor of little Dayton, Wyo., on May 14, 1912, attributed her victory to the women’s vote. She was the first woman mayor in Wyoming and, according to the same reports, only the second in the nation. (The voters of Kanab, Utah, elected a woman mayor and an all-woman town council in November 1911.) 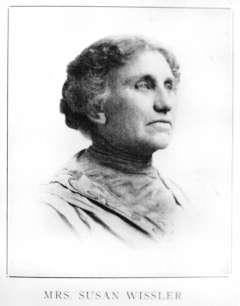 Dayton, about 17 miles northwest of Sheridan, Wyo., at the foot of the Bighorn Mountains, counted its population at somewhere between 200 and 300 people. Two days after the election, the Sheridan Daily Enterprise reported the vote at 31-22; the next day the Sheridan Post tallied the margin at 34-21.

Supporters in town had run a last-minute write-in campaign. Wissler defeated C. H. Ketcham, who had served as mayor since the town was incorporated and was running, somewhat reluctantly according to the Enterprise, for a fifth term. Men in town, the paper added, largely stayed home from the polls “because of apathy or over-confidence.” And local women “now regret that they did not run a full ticket” of candidates.

Wissler was herself a Democrat but had run without any party affiliation. She was well-known in town, having operated a dry-goods store and milliner’s shop in Dayton for several years and before that having taught in isolated country schools in the area.

She was born in Minnesota in 1853, moved to Denver with her family when she was 9, eventually married there and came with her husband and their two children to Dayton in 1890. The railroad had not yet come to that part of Wyoming and Sheridan, destined to become a much larger town, had not yet been founded. Dayton was then a stage stop on the old Bozeman Trail route to Montana and had two hotels, three general stores, four saloons, a bank, a stucco factory and a flour mill.

Wissler’s husband died of tuberculosis in 1896; this was when Susan Wissler began teaching school. Eventually she saved enough money to buy the Main Street storefront and house, a single building, in 1905. She was “known as a competent and conservative businesswoman,” the Post noted.

When the Cheyenne Leader picked up the story a week after the election it portrayed the situation in Dayton in more dramatic terms. Dayton up to this point was “a wide open town,” the Leader wrote, and town fathers, fearing their own businesses would suffer if they enforced the law, had failed to “curb the gambling, saloon and other evils.” Wissler had promised to do that, however, and had already selected a town marshal who would support her. “She has been promised the support of the law-abiding citizens,” the paper added.

But when Wissler spoke to a reporter from the Laramie Republican two months later, she denied that it was only, or even primarily, the votes of women that had put her in office. She thanked the women who had voted for her, but added, “[F]our-fifths of the votes that were cast for me were cast by men. You know Wyoming is a man’s state, and the men are greatly in the majority here. I doubt if any one could get an office solely on the strength of the woman vote.”

She added she’d made no promises about cleaning up gambling or saloons or anything else, was not yet ready to talk about her plans, but that she would work “without fear or favor, and I will have a marshal on the job who will back me up.”

The Republican followed the Leader’s example in describing Dayton as a wild town that needed the civilizing influence of a woman. Like other little towns, the Republican noted, “Dayton is ‘some lively’ when a few visiting cowboys or sheepherders come in from the lonely plains and decide to wake things up. . . . ‘You bet that little woman in the dry goods store is some scrapper,’ said a gaunt cowpuncher, who had reined up in front of a Dayton saloon.”

Respectable women around the state—“club women,” the Republican calls them in the language of the time—backed her efforts as well. One unnamed “Cheyenne club leader” noted that it was about time that Wyoming, where women had held the vote by this time for more than 40 years, began electing more women to office. The first woman lawmaker in the state, she noted, had just served in the previous legislative session, by which time Colorado had elected more than a dozen women to its state house and Idaho a good many as well. “Wyoming towns are going to follow the example of Dayton,” she said.

Susan Wissler was elected to one-year mayoral terms twice more before declining to run again in 1915. She continued operating her dry-goods and millinery business out of her store and house at 406 Main Street during her entire time as mayor.

The one and a half story building, built in 1885, has a false front and two large, original store windows on either side of a doorway facing the street. The family lived upstairs and in an addition behind the commercial space. The building is now on the National Register of Historic Places.

In 1915, she joined her grown daughter, Brownie Wissler Schaudel, on her daughter’s ranch near Ashland, Mont.

She spoke to the press for perhaps the last time in 1934, when she told a Sheridan Press reporter, “[G]iving franchise to women in Wyoming was a very advanced movement. Although some thought it was a great joke, less than 50 years later it proved to be what the whole country demanded. By the rights given them, women have studied politics, gained public offices and proved themselves competent to fill any position entrusted to them.” 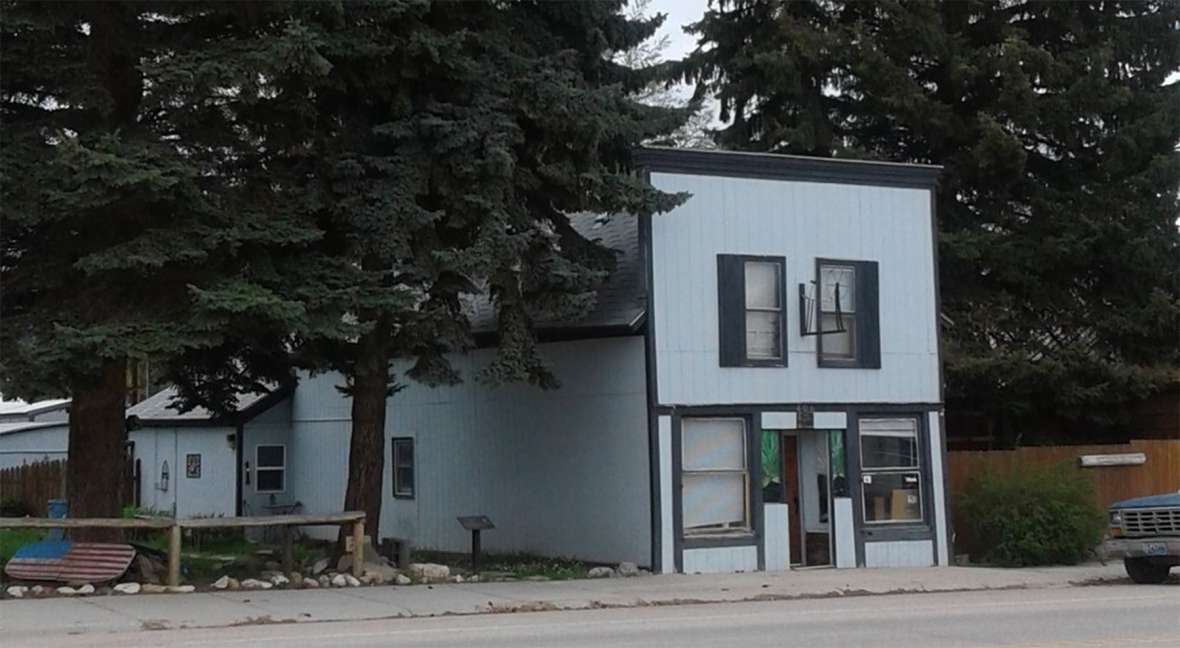 Tom Rea lives in Casper, Wyo., where he is editor and co-founder, with the Wyoming State Historical Society, of WyoHistory.org. He worked for many years in the newspaper business. A new edition of his book Bone Wars: The Excavation and Celebrity of Andrew Carnegie’s Dinosaur (University of Pittsburgh Press, 2001) will be available in fall 2021 in a special 20th anniversary edition, with a foreword by Carnegie Museum paleontologist Matt Lamanna and a new afterword by the author. Other books include Devi’s Gate: Owning the Land, Owning the Story (University of Oklahoma Press, 2006, 2012) and The Hole in the Wall Ranch: A History (Pronghorn Press, 2010). For more on Tom and what WyoHistory.org is all about, click here to see a half-hour interview on Wyoming PBS.

More about Dayton at Wyoming Places

The town of Dayton, Wyo., frames U.S. Highway 14 as it enters the foothills of the Big Horn Mountains in northwestern Sheridan County, approximately 17 miles from the county seat of Sheridan.

Incorporated in 1906, the town has a strong agricultural history. Fertile land and abundant water from the Tongue River attracted many ranchers and farmers to the area. Timber harvested in the mountains above Dayton was hewn into railroad ties and floated to Dayton and points beyond via a wooden flume, and the Dayton Flour Mill provided the first electric power in the area. The former home and store of Susan Wissler, Wyoming’s first woman mayor, 406 Main Street, is privately owned.

The U.S. Census Bureau counted 757 people in Dayton in 2010; its population has grown as families move to the area seeking a more relaxed, rural lifestyle. For more information visit the website linked above or call the town offices between 9 a.m. and noon or 1 and 4 p.m. weekdays at (307)655-2217.