In January 1848, gold was discovered in California, setting off a frenzy of emigrants heading west the following year to claim their fortune. These travelers, like those before them, hustled past the famed South Pass and out of what would become the state of Wyoming.

Although rumors of gold in the South Pass area—and rumors of the rumors—had circulated for decades, nothing solid had been discovered. The Sweetwater Mines reported in 1869 that a Georgian working for the American Fur Company had first discovered gold near South Pass in 1842, but that Indians killed him before he could cash in. And, in 1845, Capt. Philip St. George Cooke had praised the beautiful Sweetwater, "which it flows over golden (mica) sands." So-called "fool's gold" had waylaid more than a couple of California bound gold seekers in the 1840s. 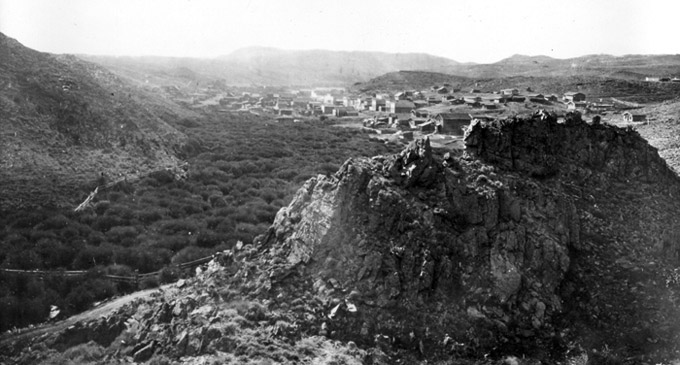 In the summer of 1855, Mormons from Salt Lake "were industriously engaged at damming and turning the bed of the Sweetwater" not far from Devil’s Gate, looking for the precious mineral. The men supposedly found large quantities of silver; one man was said to have found $40 worth of gold in a single day. "There is no doubt in my mind but rich deposits of gold will be found in the Sweetwater country," the men concluded. But these limited strikes failed to spark settlement in the area.

Then, in 1864, the officers and men of the 11th Ohio Cavalry, sent west to guard the telegraph during the Civil War, became convinced that there was enough gold on the upper Sweetwater to make them rich. By the end of the Civil War, the Far West was overrun with experienced prospectors. Fort Bridger commandant Maj. Noyes Baldwin and Capt. John F. Skelton grubstaked John A. James and D. C. Moreland to spend six months surveying the mineral prospects of South Pass.

Along with miners they found already operating in the area, the men organized the region’s first mining district, the Lincoln, on Nov. 11, 1864, on a tributary of Beaver Creek north of South Pass. The men found all types of gold, ranging from very fine quality flour gold to coarse gold. Moreland, James and their associates apparently began mining on Willow Creek, where South Pass City eventually arose, before they were driven out by Indians, the Sweetwater Mines claimed some years later in March 1868, "leaving behind them evidences of their work in the shape of some cabins and small prospect holes." 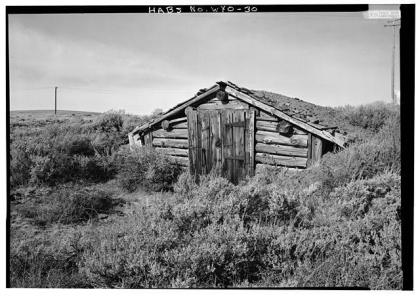 On June 27, 1867, mountain man Lewis Robison, the grizzled Mormon veteran who ten years earlier had put the torch to Fort Bridger as the U.S. Army approached, rode into Great Salt Lake City with two other men and entered the East Temple Street offices of Bohm & Mollitor, assayers. The men carried 40 ounces of gold dust reportedly crushed from quartz rock in two days. The assayers refined the ore into a gold bar valued at $740.06, with a fineness of 934 ½. "The only account the discoverers have as yet given is that the mines are about 200 miles from here and are rich," Utah’s first daily newspaper observed. Within a week, the road to Green River was crowded with citizens from Salt Lake. Five days later the Union Vedette ran the banner headline, "The New Gold Mines," reporting that the mines had "set the people wild in this locality." Influential eastern newspapers, notably the Times and Tribune of Chicago, picked up the initial announcements in the Vedette, and the Salt Lake Journal kept up a steady drumbeat of reports. Wyoming's gold rush was on.

What Robison and his associate Joshua Terry had found in June 1867 was the Carisso ledge, which soon became renowned as the Carissa Mine. Miner John H. Gerrish reportedly selected thirteen pounds of the poorest quartz ore from three different places on the ledge to insure a fair test, but Bohm & Mollitor still assayed the ore at an excellent $75.24 worth of gold and $1.56 in silver to the ton.

By late July there were already several other prospects that looked as good if not better, including the Morning Star, Melrose, Copperopolis, and Last Chance. Half a mile below the Carissa Mine, prospectors soon began building South Pass City. By early November, the settlement boasted fifty houses and several stamping mills. At year’s end, the Dakota Territorial Legislature had made the boomtown the seat of Sweetwater County.

Several miles northeast of the new metropolis, Frank McGovern discovered a lode in September 1867 that became famous as “Miner’s Delight.” McGovern quickly sold his claim to Maj. Patrick Gallagher of the California Volunteers, who had arrived from Salt Lake City in late August with a strong party of prospectors. Gallagher and his associates built a second settlement at the site. By October, they were drawing crowds at Salt Lake to gawk at the front window of J. Bauman & Co.’s Drug Store, which displayed "an enormous piece of gold quartz weighing some fifty odd pounds, and literally 'lousy' with gold." The specimen was taken from the Miner’s Delight ledge, the Union Vedette reported. 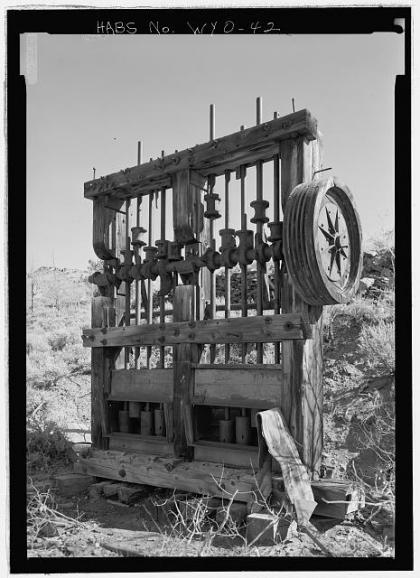 There was gold at South Pass, the newspaper trumpeted, "slathers of it." Over the next two years, mines with colorful names such as the Young American, the King Solomon, the Mary Ellen, the Caribou, and the Buckeye sprang into operation. Prospectors located 1,500 lodes, "some valuable, many worthless." Five- or ten-thousand citizens had moved to the boomtowns, boosters boasted, claims that historian Lola M. Homsher observed "seem to have no basis in fact."

The transient population gathered at the pass was as ephemeral as frost on a summer morning. By April 1868, the Sweetwater Mines reported the virtual demise of South Pass City, whose population had decamped to the site of alleged new finds in the Bighorn Mountains. A U.S. marshal’s census in 1869 gave the total population of the mining area as 1,517. In the official U.S. Census of 1870 this number had dropped to 1,166. By 1872, the population of the three South Pass mining towns probably numbered less than 100 each.

After its initial, meteoric burst of glory, mining proved extraordinarily enduring around South Pass. The brief impact of mineral development is still visible along the emigrant road west of Radium Springs. A man named Lewis reportedly discovered the Bullion Lode on Strawberry Creek in 1876 and "took out a small fortune" from a drift he ran under the creek. A boomtown named Lewiston flourished briefly as a home to families such as the Nickersons and Gustins, while a mill stood half a mile away on the creek. The Bullion Mine reportedly yielded some 21,000 ounces of gold during its heyday, and evidence of mining activity abounds along the old trail.

In 1879, a hydraulic mining operation on nearby Rock Creek was largely unsuccessful. By the 1890s, the mines at South Pass had played out, but some mining continued in the general area until the late 1970s. In the 1930s, the E.T. Fisher Company, for example, made money dredging Rock Creek. And as recently as 2006, Fremont Gold, an American subsidiary of a Canadian firm, won approval to dig 200 test pits looking for placer gold deposits near Dickie Springs, ten miles south of South Pass City and a few miles southeast of where the old emigrant road crosses the summit of South Pass.