In the century and a half since the 1860s, the Fremont County hamlet of Atlantic City, Wyo., has lived through booms that brought thousands and busts so severe that just two people stayed. Currently, fewer than 15 year-round residents live in the 150-year-old town, which will celebrate its sesquicentennial in the summer of 2018.

The town traces its beginnings to trappers. An American Fur Company trapper supposedly found gold near South Pass in 1842, and may have lost his life to tribal warriors; his name is not recorded. Trappers are said to have referred to the place as Quaking Aspen Hut Crossing because of a hut constructed of aspen branches there.

The 1867 discovery of gold at nearby Willow Creek, and, soon after, the find of the Carisso ledge, where the Carissa Mine came to be developed, drew gold seekers to the area. Three towns quickly sprang up: South Pass City; Hamilton City, which became known as Miner’s Delight; and Atlantic City. 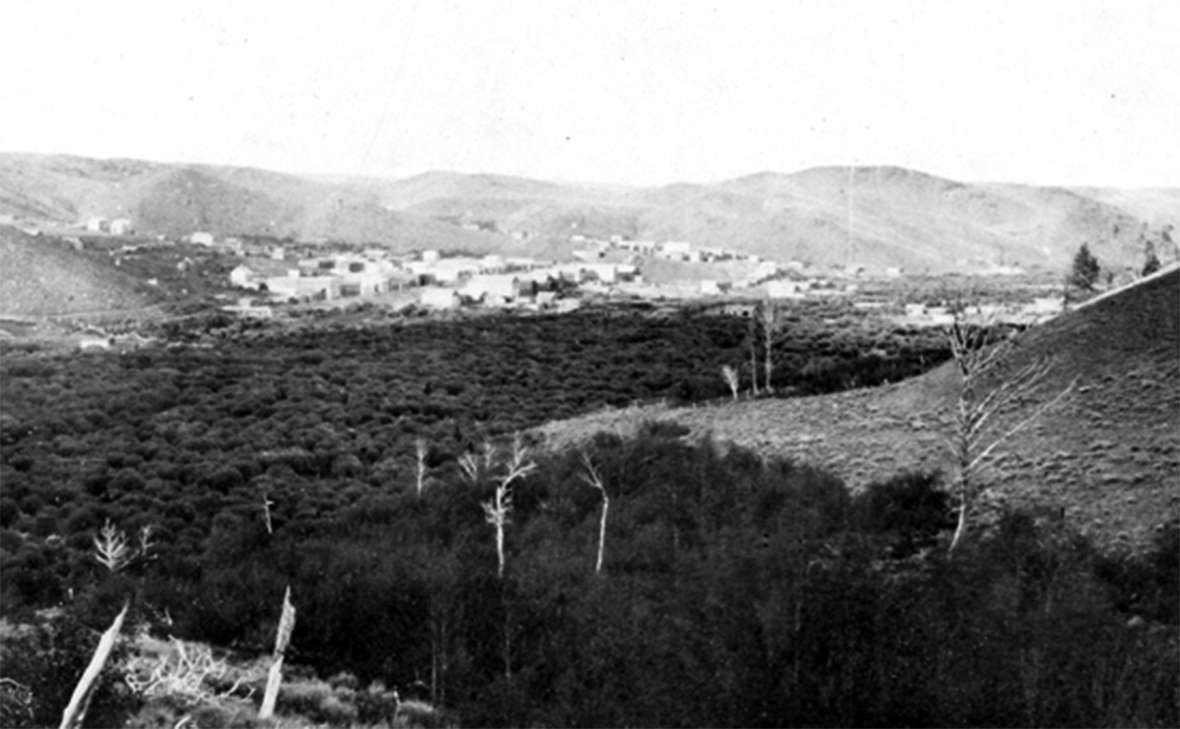 Not a ghost town

Miner's Delight became a ghost town long ago. A few people live in South Pass City, thanks to its designation as a state historic site. Atlantic City survives as something more like a community, however. The town was founded on April 15, 1868, by Charles Collins, H.A. Thompson and Col. Charles W. Tozer, sometimes spelled Tozier, a mining engineer and a former speaker in the Nevada Territorial Assembly. Gold in a quartz vein, the Atlantic ledge on nearby Rock Creek, brought people to the place.

The name came from the town’s location near the Continental Divide but on the east side of it, where water flows to the Atlantic Ocean. A special census taken in 1869 numbered residents in all the mining camps in the area at 1,517.

Already by that time, however, the gold claims were playing out and populations had started to shrink. Local Historian Tom Shaffer estimated in 1972 that Atlantic City’s population was 500 in 1869 and 325 in 1870. That year, he counted “four general stores, a hardware store, a second hand store, two hotels, a cigar store, two livery stables, two breweries, a lumberyard, a dance hall, two blacksmiths, three restaurants, and seven saloons.” Two stage lines, one originating at Point of Rocks and the other at Bryan City on the line of the Union Pacific Railroad, 60 or more miles to the south, served the area. Another report boasts that the first opera house in the state was located in Atlantic City. Shaffer estimated 1,500 mining claims and 150 mines as well as several quartz mills and sawmills were located there. Only about 50 of the mines were profitable, however.

Atlantic City’s post office was established in 1869. To help protect the miners and other settlers, Wyoming Territorial Gov. John Campbell asked that a U.S. Army fort be built. Camp Stambaugh, halfway between Atlantic City and Miner’s Delight, was created on June 20, 1870.

By 1872, population of the three mining towns was estimated at only about 100 each.

One estimate counts $2 million of gold produced in the area between 1867 and 1872. To put the amount in perspective, historian Bruce Noble, Jr., called this a “mere pittance” when compared with the $40 million produced in Virginia City, Mont., in a three-year period around the same time.

Pam Spencer-Hockett, a present-day resident, writes in Atlantic City, Wyoming: Voices from a Powerful Place, a book compiled by the Atlantic City Historical Society in honor of the town’s sesquicentennial, that by 1875 the decline was severe. “Buildings were abandoned, moved or torn apart for the lumber, yet there were a handful of people who continued to search the area for new sources of wealth.” 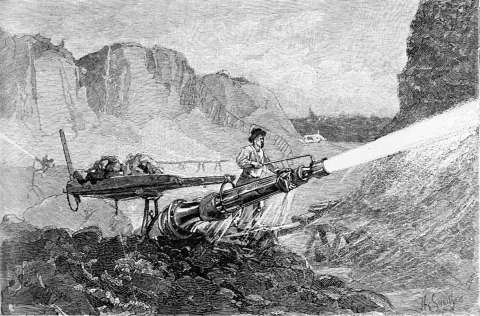 German immigrant Anna Schlichting, a widow, came to Atlantic City from Cheyenne in 1869, and stayed. She ran a hotel and entered the cattle business. She registered the AS brand in August 1873. Her brand is noted as the oldest Atlantic City brand registered for horses and cattle.

Camp Stambaugh closed in May 1878.

Emile Granier, a Frenchman with a big dream and heavy pockets, arrived in 1884. Noble details Granier’s methods and motivations in a 1993 article in Annals of Wyoming. A mining engineer, Granier planned to use hydraulic mining to recover gold. This method required building two ditches with 29 flumes to supply water. In hydraulic mining, streams of water under high pressure are used to remove rock or sediment. The resulting slurry is washed through sluice boxes where the gold settles. For the method to succeed, Granier needed materials and manpower to build the ditches. He eventually hired about 300 workers and paid them $2 per day. He built a $6,000 sawmill. He also needed lots of water—hard to come by in the high, dry country around South Pass.

Granier built the Rock Creek Ditch, more than 10 miles long, placing a dam near the junction of the creek and Slate Creek to store water during the dry months. The ditch was completed in 1885. He then built the 6-mile-long Christina Ditch with a dam at Christina and Gustave lakes in the Wind River Range. Water in this ditch was diverted from the Little Popo Agie River, frustrating local farmers and ranchers who were already using the water in the valley to the north. This resulted in disputes with the other water users, eventually settled by the permitting system advanced by Territorial Engineer Elwood Mead.

The huge gap between earnings and expenses did not discourage him. On Oct. 29, 1887, he told the Fremont Clipper that he would succeed and “surprise the world with the output of gold from my mines in the vicinity of Atlantic City.”

But Granier encountered more obstacles. Noble writes that the Frenchman’s placer claims, some of which were directly under existing buildings, created tension with the locals. Granier offered conditional leases for the building owners, but not all of them accepted. In 1889, Granier grew fearful for his life and property and wrote to Territorial Gov. Francis E. Warren for help. However, Noble could not locate any response from Warren, and nothing further appears to have happened.

In 1891, Granier made his annual trip to France. This time, he wrote to Elwood Mead from New York City, telling the engineer of his plans to create a hydraulic mining exhibit at the World’s Fair in Chicago. These plans didn’t materialize, and he did not return to Atlantic City. 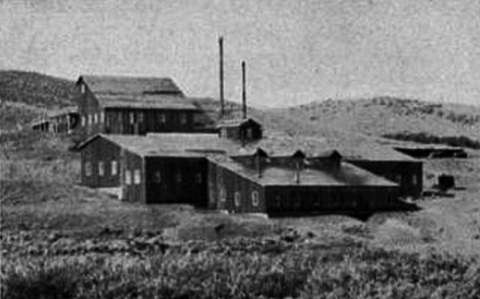 By 1893, Granier was in ill health. He suffered also from money problems, and troubles with machinery and ore in the mining project. That year, the United States suffered the worst economic depression to that time. Granier was not able to accomplish his grand and golden goals. Noble’s research shows that estimates of Granier’s gold production range from nothing to $200,000, and “the exact source of his investment money is unknown.”

Granier left an agent in charge of his Atlantic City holdings. In 1902, D.G. Calhoon of the Dexter Mining Company of Rochester, N.Y., purchased Granier’s mining claims and cleared the title of liens against Granier’s property.

Clarence Carpenter had worked for Granier. He and his wife and their four children had arrived in 1890, but according to longtime local resident Bob Townsend, were “appalled by the group sleeping conditions.” Instead of staying at the hotel, they moved across the creek to a one-room cabin with a stable. They expanded their home and accepted boarders, opening the Carpenter Hotel and restaurant in 1904.

The Dexter Mining Company operated a 20-stamp mill to crush ore hauled by wagon and a cyanide plant to process the ore, but went bankrupt. It reorganized in 1914 as the Timba Bah Mining Company, which did not last either. The Dexter Mill building was moved in the 1920s to the Carissa Mine in South Pass City, where it stands today.

In the 1930s, the E.T. Fisher Company leased 14 miles of Rock Creek from the Timba Bah Company. Fisher dredged Rock Creek using a dragline and mercury recovery process with three crews working 24 hours, seven days per week. This effort produced an estimated $400,000 of gold, and historian Spencer-Hockett calls this “perhaps one of the most successful mining ventures in Atlantic City.”

The Carpenters expanded their hotel in 1935, but government regulations during World War II halted gold mining. The Fisher Company shut down in 1941 and never reopened. By the end of the 1940s, Atlantic City had fewer than a dozen residents. The Carpenter Hotel was the last remaining business. One account notes that at one time, the only residents in Atlantic City were proprietors Ellen Carpenter and her brother Jim. The Atlantic City post office closed in 1923, reopened three years later, and then officially closed in 1954. Mail service was routed through Lander.

From gold mines to iron

But Atlantic City didn’t die. In 1960, United States Steel broke ground for what became the “highest open pit iron ore mining operation in the United States,” according to the company’s website, which relied on historical data found in the records of the University of Wyoming’s American Heritage Center. The company began full production in March 1963, converting iron ore into taconite pellets that were shipped to Utah for further processing.

The Union Pacific built a 76-mile spur line that connected Atlantic City to Winton Junction, north of Rock Springs and the main railroad line. In 1983, the steel company closed its operation because of global market conditions, and the rail line was removed. About 90 million tons of ore were extracted from the mine, which is now used occasionally as a gravel operation, according to Spencer-Hockett.

Within the last decade, the possibility of mining in the area has once again stirred imaginations. Historian Will Bagley noted that the American subsidiary of a Canadian company had begun placer gold explorations in recent years ten miles south of South Pass City. According to a Casper Star-Tribune report, the Wyoming Business Council embarked on a study about opening the iron mine again, estimating that iron production could occur for up to 50 years in the area, but many challenges—including reconstruction of the railroad line—would have to be overcome.

A centennial report in the Annals of Wyoming numbered Atlantic City’s population in 1968 at 11. Most of the iron-mine workers lived in Lander. The Carpenter Hotel eventually became the Miner’s Delight Inn, with several owners through the years, most recently Bob and Barbara Townsend. The inn is currently for sale. Another long-lived Atlantic City business, the Mercantile, is currently a bar and restaurant open, as of spring 2018, on weekends. It was named to the National Register of Historic Places in 1985.

David Griffin, a longtime employee at the Merc, as locals call it, estimates the current population of year-round residents at less than 15. Many other residents are seasonal and come for weekends. Deep snows during winter months dissuade some but attract others, like snowmobilers, to the area. 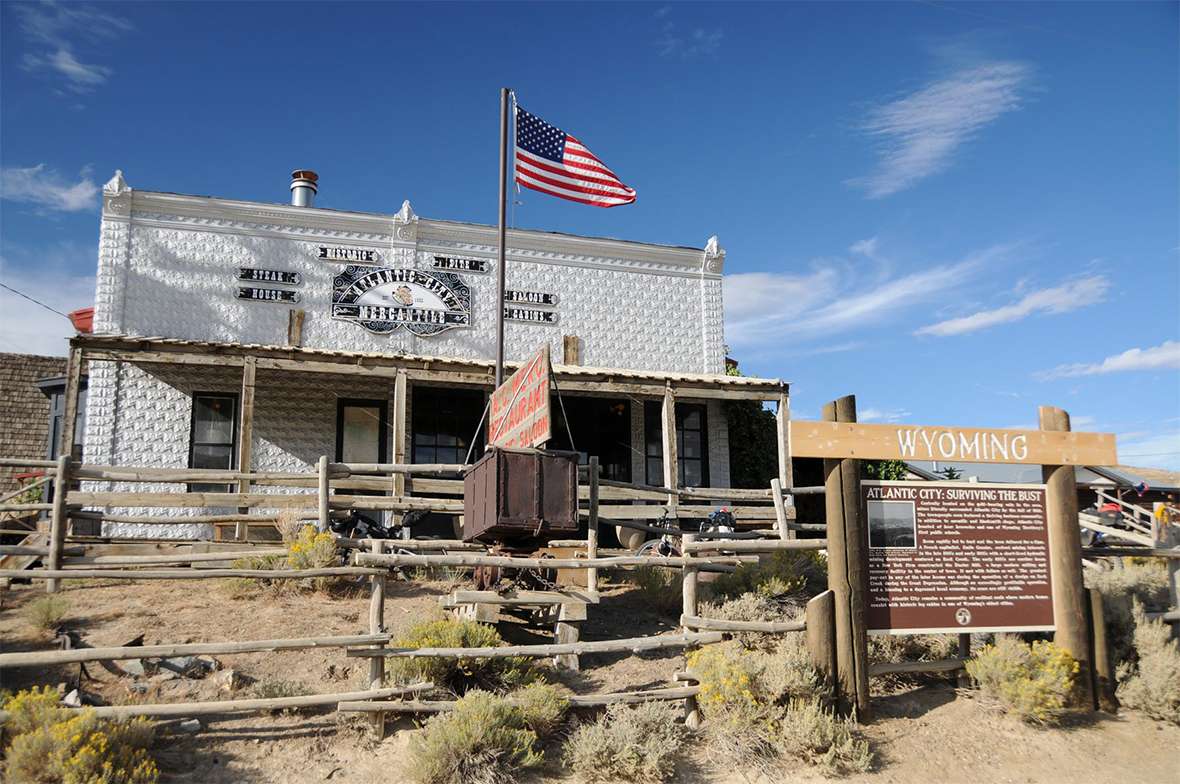 Atlantic City, Wyo., is located near South Pass at an elevation of about 7,600 feet in the foothills of the Wind River Range. The town is about 28 miles southwest of Lander. From Lander, follow U.S. 287 south for 8.5 miles to its junction with Wyoming 28. Follow Rte. 28 south and uphill for about 17 miles and look for signs to Atlantic City. The town is off to the left, about a mile and a half to the southeast of the highway. The Atlantic City Mercantile at 100 Main Street is open on weekends as of spring 2018. For more information, call (307) 332-5143.

Museum of the American West

The Museum of the American West, at 1445 West Main in Lander, includes a 10-building pioneer village, rotating displays about regional history in the Coutant building and sponsors a farmers market on site Tuesday evenings from July through mid-October. The museum is open to the public from May through October and keeps a business office open all year. For more information call 307-335-8778 or visit the website linked above.