On April 10, 1830, William L. Sublette left St. Louis with 10 mule-drawn wagons and two Dearborn buggies, bound for the annual fur-trade rendezvous on the Wind River. "Our route from St. Louis was nearly due west to the western limits of the State, and thence along the Santa Fe trail about forty miles," his associates informed Secretary of War John H. Eaton that fall. There the caravan turned northwest and headed "across the waters of the Kanzas, and up the Great Platte river, to the Rocky mountains, and to the head of the Wind river, where it issued from the mountains." 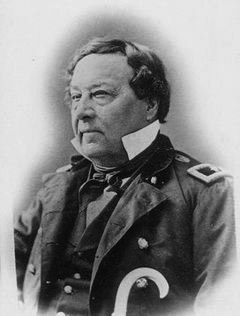 The train reached the great trading fair on July 16, just short of the Continental Divide. That was as far as Sublette and his partners "wished to go," since the trappers themselves brought the furs to "the great rendezvous.... Here the wagons could easily have crossed the Rocky Mountains, it being what is called the Southern Pass, had it been desirable for them to do so," the partners reported. "This is the first time that wagons ever went to the Rocky mountains; and the ease and safety with which it was done prove the facility of communicating over land with the Pacific ocean."

After the caravan returned to St. Louis in October, the St. Louis Beacon agreed: "The wagons did not cross the mountains;" Charles Keemle wrote, "but there was nothing to prevent their crossing," except, of course, the fact that there was no wagon road.

No one tried to repeat the wagon experiment the next year. William Sublette may have learned a hard lesson since he returned to using pack animals. Instead, it took a novice to take wagons back to the mountains the next time, and while he was an experienced frontier military officer, Capt. B. L. E. Bonneville knew practically nothing about the fur business when he set out for South Pass with twenty wagons in 1832. Bonneville believed wagons could more efficiently haul supplies to the trappers of the Rocky Mountains than pack trains, since the vehicles "would save the great delay caused every morning by packing the horses, and the labor of unpacking in the evening."

In theory, the wagons required fewer horses and reduced the risk of their wandering away "or being frightened or carried off by the Indians." Plus, they could be easily defended by forming "a kind of fortification in case of attack in the open prairies." Bonneville apparently used oxen or teams of four mules or horses to draw the wagons, which were divided into two columns protected by outriders as a vanguard and a rear guard. 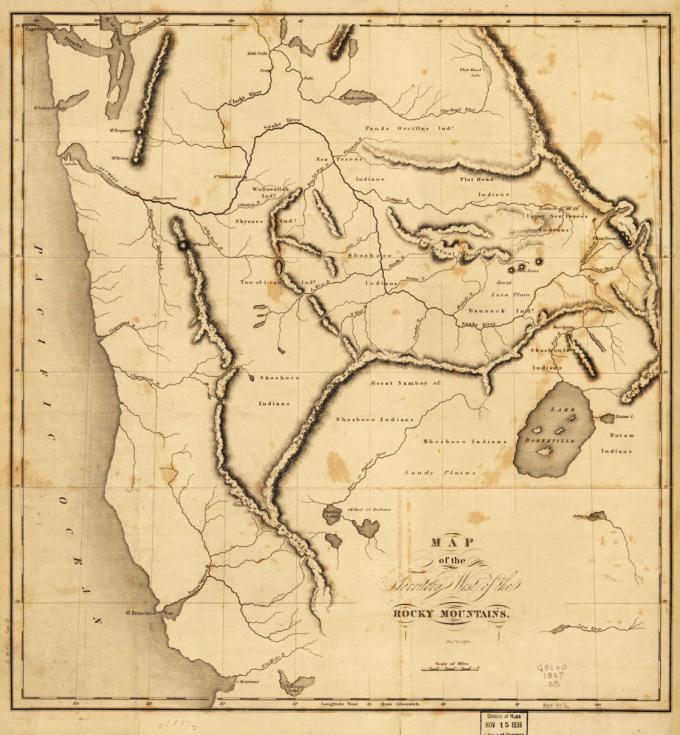 Bonneville left the frontier with high hopes. Although he knew nothing about the North Fork of the Platte, Bonneville could see "its direction was in the true course, and up this stream he determined to prosecute his route to the Rocky Mountains." He also must have had some hands who could follow Sublette's trail. To cross the South Fork, the teamsters removed their wagon boxes, covered them with buffalo hides and smeared the boxes with a compound made of tallow, "thus forming rude boats," which crossed the fast-flowing river safely.

The chronicler minimized the problems. Bonneville's theory may have been splendid, but the reality of blazing a wagon road up the Platte proved quite different. Even before reaching the Kansas River, the wagon wheels "sank deep in the mire" of the spring-soaked prairie. Beyond the hundredth meridian and on the "great steppes of the Far West," too little rather than too much water became a problem for the wagons: "The wood-work shrunk; the paint boxes of the wheels were continually working out, and it was necessary to support the spokes by stout props to prevent their falling asunder."

The wagons forded the Sweetwater River for the last time on July 24, 1832, probably at the spot where the Lander Cutoff of the Oregon Trail later crossed over a steep ridge and then quickly descended to Lander Creek. They were on the northern fringes of what’s now called South Pass. After a march of seven hours, the fur hunters climbed over a low ridge and came to "a small clear stream, running to the south,” probably the Little Sandy, “in which they caught a number of fine trout."

The trout alerted them to the fact that they had crossed the Continental Divide, "for it is only on the western streams of the Rocky Mountains that trout are to be taken." Captain Bonneville realized he had "fairly passed the crest of the Rocky Mountains; and felt some degree of exultation in being the first individual that had crossed, north of the settled provinces of Mexico, from the waters of the Atlantic to those of the Pacific, with wagons."

William Sublette reaches the fur-trade rendezvous on Wind River, east of the Continental Divide, with a caravan of 10 mule-drawn wagons and two Dearborn buggies.