How Many Women Voted in Wyoming's Earliest Elections?

How Many Women Voted in Wyoming's Earliest Elections?

This is a great question, but one that will probably never be accurately answered. 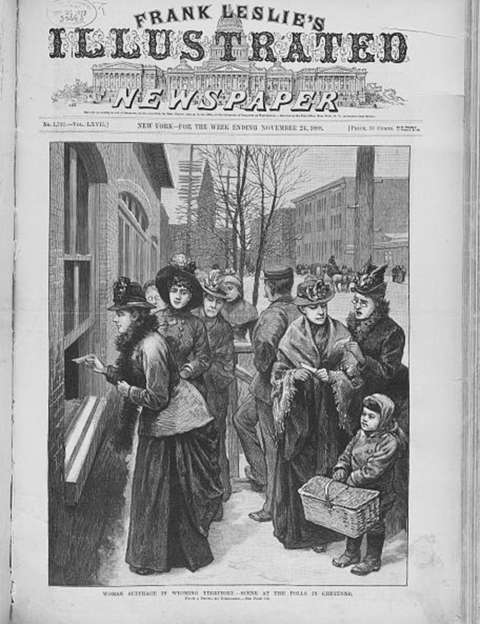 Estimates can be made using two methods:

1. Compiling numbers based upon the numbers of women registered to vote in each county.

To the best of our knowledge, the Wyoming Secretary of State's office did not compile this type of demographic statistics, so a full count may not be possible.

2. Estimating the number of women eligible to vote based upon Federal census statistics.

According to the 1870 U.S. Census, about 600 women in Wyoming were eligible to vote in elections.

There were 1,347 native born women enumerated in Wyoming Territory in 1870. Of these, 741 were under 21 years old. This estimate does not include women who were naturalized citizens.

According to the 1890 U.S. Census's published statistics, about 7,000 women in Wyoming were eligible to vote in the 1890 election. This was the first election after statehood and included voting for the governor, legislators and many other state officers. The first presidential election was held in 1892, but the Federal censuses were only taken every 10 years. Since 1892 is closer to 1890 than 1900, those stats would most likely be a more accurate estimate of eligibility.

This method does not count how many of the eligible women actually voted in 1890. While it does include the number of native born women over the age of 21, it does not account for women who were naturalized citizens and includes Native Americans who were not classified as citizens.

We do know that of the approximately 600 women eligible to vote in the 1870 election, at least 289 are reported to have voted. According to the newspapers, 171 women voted in Cheyenne, 93 in Laramie, eight in South Pass City, eight in Atlantic City and nine in Miner's Delight—the last three being the gold-mining towns near South Pass. This would suggest that women voted in these towns at approximately the same rate as men in Cheyenne and Laramie.

Who did these women vote for?

While there may be anecdotal evidence for individual women, this question cannot be answered accurately for the female population as a whole. According to the Laramie and Cheyenne papers in 1870, the women's vote skewed heavily in favor of Republican candidates. Louisa Swain of Laramie, the first documented woman voter in Wyoming, reportedly voted a straight Republican ticket. Those reports, however, may have come only from anecdotes told by voters at the time. Section 30 of Title II of the new territorial statutes seems to imply voting was by secret ballot: “When a ballot shall be received, one of the judges, without opening the same or permitting it to opened or examined (beyond determining whether the same be double) shall deposit it in the box.”

By 1890, the votes were routinely cast by secret ballot, as they are today, making it harder to determine how the votes were split among female voters.

What about women of color?

American Indians were still not eligible to vote. Otherwise, there was no legal distinction of voting rights based upon race or ethnicity. See also the short article, Could Women of Color Vote in the 1870 Election?