When the Nation Caught Up with Wyoming’s Women

When the Nation Caught Up with Wyoming’s Women

This week marks the 100th anniversary of the ratification of the 19th Amendment to the Constitution, when women across America—white women, at least—won the right to vote. In the Tennessee Legislature, Rep. Harry Burn put the nation over the top on August 18, 1920, when he followed his mother’s advice and voted Aye. 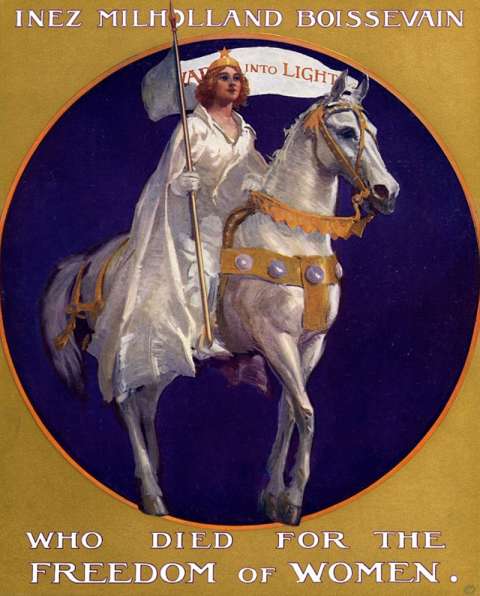 But women in Wyoming, we are always proud to remember, had already been voting for 50 years. Our Territorial Legislature extended votes to women in December 1869, becoming the first territory or state to do so without restrictions. In 1890, despite some stout opposition in the U.S. House of Representatives, Congress voted to admit Wyoming to statehood with women’s voting rights intact. Two years later, Wyoming women became the first to vote in a presidential election.

Other western states followed. But progress was slow; by 1900 only Wyoming, Utah, Colorado and Idaho allowed women to vote. The movement split into moderate and radical wings. The moderates, led by Carrie Chapman Catt and the National American Women’s Suffrage Association, continued to work state by state, while the National Woman’s Party, led by Alice Paul, pushed for a national solution.

Paul was a public relations genius. One of her first successes was a women’s suffrage march in Washington, D.C., in 1913, the day before the inauguration of President Woodrow Wilson. Suffragist Inez Millholland led the march wearing a white robe and riding a white horse; after a few blocks the marchers were attacked by drunks and toughs, police stood by with arms folded and the parade stalled until troops arrived to stop the violence.

When Wilson ran for a second term in 1916, he continued to oppose votes for women. The NWP sent Milholland on a national speaking tour to oppose him. She started in Cheyenne and spoke in Green River, Wyo., before continuing on west. Not many months later, exhausted, she died of an infection and became a martyr to the cause.

The following year, Paul’s tactics of daily protests at the White House resulted in the arrest and jailing of protesters. The jailed women went on hunger strikes. Their jailers force fed them. The nation was shocked; Wilson finally withdrew his opposition. Congress in June 1919 passed the 19th Amendment, and the measure went back to the states for ratification.

In November 1919, Carrie Chapman Catt of the NAWSA visited with women’s rights advocates in Laramie, Wyo. Nationally known suffragist and temperance activist Theresa Jenkins asked Gov. Robert Carey to call a special session of the Legislature. He did so. In January 1920, the Wyoming House and Senate voted unanimously for the constitutional amendment, making Wyoming the 27th state to ratify. Eight months later, Tennessee became the 36th state, and the measure became law.

In 1924, Congress passed the Indian Citizenship act, finally extending citizenship to American Indians and with it, supposedly, voting rights. Exercise of those rights, however, was extremely uneven across the nation and across Indian country. At the same time, Jim Crow laws were enforced by terror across the South. Not until passage of the Voting Rights Act in 1965 did women of color begin to vote in large numbers across the United States.

And of course, conflict and controversy over the extent and security of our voting rights are very much still with us.