With another British royal wedding slated for May 2018, many observers have remarked on the unusual interest these events seem to hold for Americans. They say it seems paradoxical that citizens of a nation that broke away from a hereditary monarch more than two centuries ago would have such interest in a personal milestone of a faraway prince. 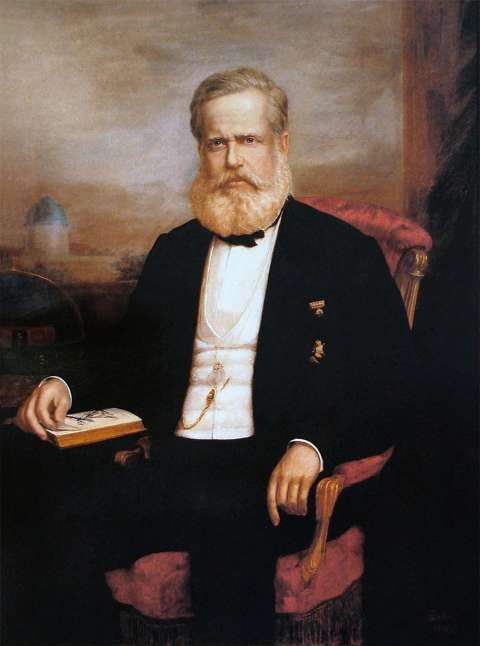 Such observations are nothing new. In 1876, as the nation was celebrating the centennial of the Declaration of Independence, America hosted the first-ever visit by a reigning royal head of state to the United States. The visiting monarch wasn’t from Britain. He was Dom Pedro II, emperor of Brazil.

To many Americans, bewildered by rapid industrialization, social upheavals from immigration and the recent end of slavery, the visit by a royal personage may have brought some yearnings for the apparent stability of hereditary rule. Some simply viewed the visit as a mere curiosity. To others, it was an awkward intrusion of an anti-egalitarian symbol at the very time when the country was celebrating the anniversary of independence from another empire.

In his own nation, Dom Pedro was widely popular. He was 50 years old and had been on the throne for 44 of those years, since 1831 when his father, Pedro I suddenly abdicated.

Brazil, a parliamentary monarchy during much of Dom Pedro's nearly 50-year reign, had two political parties, but both represented the landowning, slaveholding oligarchy. Dom Pedro was personally opposed to slavery, but at the time of his U. S. visit, Brazil was the last remaining slaveholding nation in the Western hemisphere. The emperor worked successfully to maintain social stability and promote economic growth, but his efforts to eliminate slavery failed during his reign.

Before going to the festivities in Philadelphia for the Fourth of July 1876, the emperor traveled to every region of the United States. Huge crowds greeted his train in Chicago as he set out for a trip to the West. Newspaper coverage was extensive with every reporter seeking an interview. Some got an audience with the emperor; others had to settle for somewhat less.

It was the middle of the night when Dom Pedro’s train passed through Cheyenne. A reporter for the Cheyenne Daily Leader, unable to land an interview, still had to come up with an eyewitness story. So, on the morning of May 3, 1876, he paid a visit to the sleeping monarch. “He arrived here at 4:30 this morning,” the reporter wrote. “He didn’t climb down out of his royal car and saunter about the city in search of sights, because he was still dreaming of his far-off palaces when the train reached the Magic City.” 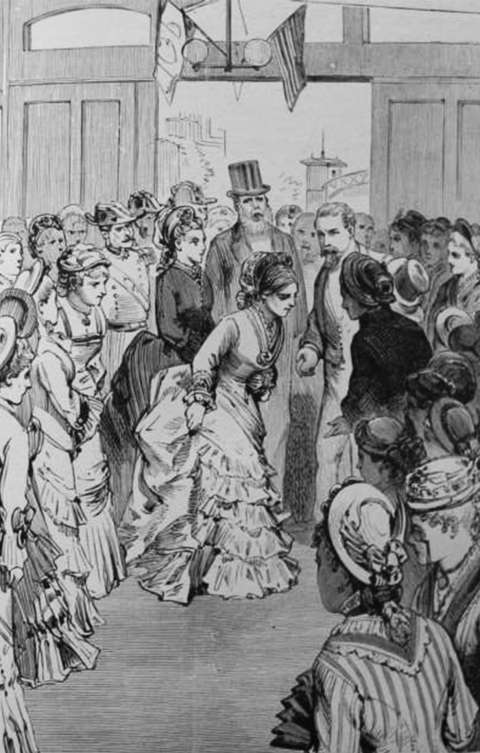 The account continued: “This reporter was permitted to gaze upon his sleeping majesty and listen to the imperial snore which may be described—the snore we mean—as a cross between the sonorous nose-buster of a bullwhacker and the quivering wail which issues from the proboscis of a lovely woman when her bronchial tubes are affected by a bad cold.”

The reporter had his brief look, got off the train and left the depot platform. The train continued on. Nonetheless, the reporter had his story. Not much of a story, perhaps, but Wyoming readers wanted to know every tiny detail of the emperor’s visit to their town. Even in the wild west of Cheyenne in 1876, royalty held some fascination. Many 21st century Wyomingites watching the royal wedding likely follow in that singular tradition.

The Cheyenne Depot Museum is housed in the historic Union Pacific station, located at 121 W. 15th St. in Cheyenne, Wyo., one block south of Lincolnway (the Lincoln Highway) and near the junction of U. S. Highway 85. Museum exhibits interpret the history of the Union Pacific in Wyoming, with particular strengths in displays and information concerning the construction of the road and the golden era of steam locomotives that ended in the mid-20th century. In addition, there are many photographic displays, an original freight scale and video interviews with machine shop workers who maintained steam locomotives in the Cheyenne rail yard. The steam shop maintains Locomotive No. 844, the last steam engine ever built for the UP, which is still in service for special excursion runs. Advance appointments to tour the UP steam shop in Cheyenne can be made by calling (307) 778-3339. Additionally, the 4000-class Big Boy locomotive No. 4004 is available for viewing in Holiday Park.