W. Edwards Deming of Powell, Wyo.: The Man Who Helped Shape the World

W. Edwards Deming of Powell, Wyo.: The Man Who Helped Shape the World 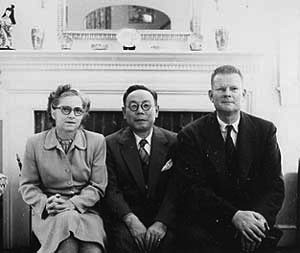 In 1950, Japanese businessmen turned to an obscure American from Wyoming to help them rebuild an economy shattered in World War II. That industrial expert, W. Edwards Deming, taught Japan’s manufacturers how to produce top quality products economically. The Japanese used that knowledge to turn the global economy on its head and beat U.S. industry at its own game.

Companies such as Toyota Motor Corp. and Sony Corp. adopted Deming’s concepts and became world-class producers in their fields, helping Japan become one of the planet’s dominant economic powers. Japan’s rise was the start of a regional metamorphosis. Asia eventually became a manufacturing giant. Although American companies could have learned from Deming, most ignored him for decades even as Asian competitors gobbled away at Americans’ customer base and profits.

Deming was born in 1900 in Sioux City, Iowa. Seven years later, the family moved to a farm near Camp Coulter, soon renamed Powell, Wyo., where they eked out a living. Their first home was a tarpaper shack that provided scant protection from Wyoming winters.

Deming worked his way through the electrical engineering program at the University of Wyoming by doing odd jobs including janitorial work. He graduated in 1921. After earning his doctorate in mathematics and mathematical physics from Yale University in 1928, he held a series of government and private industry jobs. His first was at the U.S. Department of Agriculture’s Nitrogen Research Laboratory, where his work on the physical properties of materials introduced him to statistics.

In time, Deming hit on the idea of using statistics to quantify the manufacturing process: how efficient companies were, how good their products were, and how well companies were managed. He concluded that many manufacturing operations were deeply flawed and could only be improved if upper level corporate managers took an active role in fixing them.

Deming’s ideas were simple yet revolutionary. He believed that management was usually to blame for a company’s failings. If a company’s products were badly made, it was because the bosses designed an inferior manufacturing system. “Can you blame your competitor for your woes?” he asked corporate managers. “No. You did it to yourself.”

Deming particularly criticized the dominant method of quality control used by U.S. manufacturers. Under this system, products were inspected for defects only after they were made. In contrast, Deming maintained it was better to design the manufacturing process to insure that quality products were created from the start.

This made economic sense. When a poorly made product came off the production line, a company faced two undesirable options. It could scrap the piece—wasting the material, labor, energy and financing costs that went into making it—or it could ship the product and risk alienating its customers. Deming believed that making excellent items at the outset saved money and won customers, and he backed his ideas with statistical data.

He lacked the natural charisma that many innovators bring to their mission, often delivering his message in blunt language and making little effort to charm, impress or win over his audiences. The New York Times described him as “a tall, formal man who habitually wore frayed three-piece suits and spoke to senior executives as if they were school boys.”

To further complicate matters, Deming frequently used language that left executives scratching their heads. He began one presentation to corporate managers with the question, “Do you have a constancy of purpose?” His writings weren’t much different. “The prevailing style of management must undergo transformation. The transformation is discontinuous. It comes from understanding of the system of profound knowledge,” he wrote in the second edition of his book The New Economics.

But those who took the time to wade through his texts found that Deming delivered economic dynamite. Using his theories, they gained a critical edge in cost and quality over their competitors. Since Deming’s first converts were Japanese, the implementation of his concepts helped to shift the balance of economic power from the U.S. and Western Europe toward the Far East. 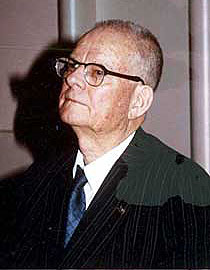 Japan had every reason to give Deming a chance. Much of the country was flattened in World War II by Allied bombing raids, and two of its cities were obliterated by the first military use of the atomic bomb. To rebuild their shattered country, the Japanese believed they must become global exporters of high-quality manufactured products. For them, Deming’s ideas were a perfect fit.

In the decades that followed, Japan’s electronics and automobile companies carved out ever larger slices of the U.S. and global marketplace for themselves. By the 1980s, the U.S. auto industry had lost a sizeable part of the American car market to Asian auto companies. The U.S. electronics industry shriveled.

The cost was felt throughout the American economy. Cities and towns in America’s industrial belts suffered as U.S. manufacturers shrank or closed their operations. Meanwhile, the U.S. trade deficit grew enormously because Americans bought imported products that used to be made here. Today almost any consumer product from light bulbs to running shoes is likely to bear the stamp of an Asian country of origin.

Over the years, a few American companies requested Deming’s assistance. Ford Motor Co., hemorrhaging money in the 1980s, was among the first to hire Deming to reshape its manufacturing operations. One result of that collaboration was Ford’s revolutionary Ford Taurus, which became one of the best-selling cars of all time. Other U.S. firms that turned to Deming for help included Xerox Corp., Procter & Gamble Co., AT&T Inc., and The New York Times.

Deming was 93 when he died in 1993 at his longtime Washington, D.C., home where he both lived and worked. He worked until his death: His last seminar for executives was held in Los Angeles just ten days before he died. To the end, he was an unlikely revolutionary who lived what he taught. For instance, he wrote the dates on eggs in his refrigerator to ensure that the oldest were consumed first and none would spoil. But his business methods worked, and by the time he died, the industrial expert from rural Wyoming had gained converts all over the world, even in the once-resistant United States.

Doug McInnis writes about science, business, and history from his base in Casper, Wyo. He has written for the New York Times, Popular Science and scores of special-interest and university magazines.

More about Powell at Wyoming Places