Her figure was “a perfect 36,” and she modeled clothes for a fine department store, but Lillian Heath, Wyoming’s first female physician, dressed like a boy and carried a pistol in the pocket of her jacket to protect herself when she went out on calls at night. 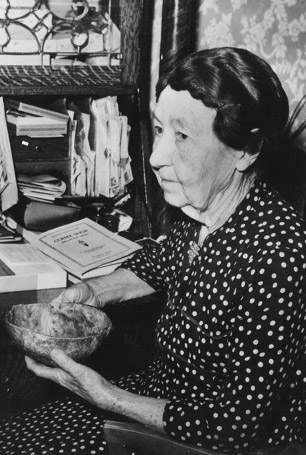 Heath hung her shingle at her parents’ home in Rawlins, Wyo., and began her medical practice in 1893. She was 27 years old. Her skills ran the gamut from delivering babies, treating bullet wounds and amputating limbs to helping to perform plastic surgery before that medical specialty was even named. Heath’s abilities were not universally accepted, however. Some people at that time did not believe females should become medical doctors, and, as a result, she endured some haughty treatments herself.

“Men folks received me cordially. Women were just as catty as they could be,” Dr. Heath recalled in a 1961 oral interview taped by Helen Hubert for the American Heritage Center at the University of Wyoming. One woman wanted Heath to treat her, but because the doctor was a female, the patient refused to pay. Dr. Heath had to tell her to find another physician.

Even Lillian Heath’s own mother, Calista Hunter Heath, didn’t think her daughter should attend medical school. But her father, William, encouraged Lillian. He came to Wyoming from Wisconsin as a railroad locomotive painter. In Rawlins, he was always the first to volunteer to assist Dr. Thomas Maghee, the Union Pacific physician and surgeon who made frequent stops in the frontier town. William often shared the stories of these medical adventures with his daughter, fostering her fascination with the topic.

“It was not very long before I was head over heels [about medicine],” she said.

Dr. Maghee trained Lillian for five years as a nurse and assistant. With his recommendation and her father’s help, she attended the College of Physicians and Surgeons in Keokuk, Iowa. The academic term ran from October through March, during cool weather, in order to help keep fresh the cadavers the students practiced on, according to Doug Attenberg of the Lee County, Iowa, Historical Society.

After completing the required three years of study, Lillian earned her medical degree. She stayed an extra three months to specialize in obstetrics. Although Elizabeth Blackwell was the first woman accepted to medical school years before in 1849, Lillian’s graduating class of 22 students in 1893 included just three women. Lillian was reportedly the only woman to attend the 1895 convention of the American Medical Association in Denver, Colo.

As an assistant to Dr. Maghee, Lillian Heath helped perform plastic surgery before that medical practice was a named specialty. Heath administered anesthetic to a sheepherder who had shot himself in the face in an attempted suicide.

She helped with the more than thirty surgeries required to rebuild the man’s destroyed face. Maghee inserted silver tubes to create nostrils and transplanted skin from the man’s forehead to create a new nose. Heath later recalled that the sheepherder’s jawbone grew back by itself.

Miraculously, in those pre-antibiotic days, the man escaped infection. Even so, Heath remembered that after all he’d been through, he was still resentful of being alive and he didn’t like his new nose.

Heath learned to be “a perfect anesthetist,” explaining that other doctors in the area thought highly of her ability. At first, whiskey was used as an anesthetic, and she had to estimate the best amount for the dosage. Eventually, medical advances made chloroform and, later, ether the anesthetic of choice. Ether, she said, was harder to use.

Dr. Maghee was cautious about using new medications until he knew they were safe, she said. Medications used during those early days included “every old time remedy anyone ever heard of,” she said. Drugs such as morphine, cocaine and opiates were used, and codeine was just coming into use. Alcohol was favored as a skin antiseptic because it was “the only thing found to be effective and lasting,” Heath said. Also, it left no bad after-effects.

In 1881, the notorious outlaw, Big Nose George Parrot, was lynched in Rawlins for the murder of Carbon County Sheriff’s Deputy Robert Widdowfield. Because no one came forward to claim the body, Dr. John Osborne, another Rawlins physician who later served two years as Wyoming’s governor, made a medical bag and a pair of shoes from the dead man’s skin. The shoes are displayed today at the Carbon County Museum in Rawlins, along with a portion of Parrot’s skull.

Maghee planned to study the criminal’s brain to try to discern what physical differences might have made him go bad. The doctors sawed Parrot’s skullcap in half and gave the top part to their teenage protégée, Lillian. She kept it and used it as a flower pot.

Osborne “pickled his [Parrot’s] body in alcohol and used it for dissection purposes until he finally buried it in the alley back of his house,” Heath said in Hubert’s taped interview. “I kept the bandit’s skull top here for a long time as a memento of my training days.”

When Heath began her practice, there were only a couple of other doctors in the area. She said that there had “never been an overplus of doctors until just now,” and that when she first began it was “nip and tuck for awhile.” Most people who needed help came to her house, but when necessary, she took a wagon or saddled and rode her sorrel horse thirty or forty miles to attend to those who were injured or ill.

Dr. Heath practiced medicine for about 15 years, although she kept her license current for most of her life. She married Lou J. Nelson in 1898, and they lived in Rawlins for most of their married life. Lillian modeled clothes for Denver’s Daniels and Fischer’s department store, and in the late 1890s, she joined the Rawlins bicycling club. She continued to be keenly interested in the medical field even after she retired, and she toured the Denver hospitals when she was 89.

Lillian Heath Nelson died in 1962 at the age of 96. Although she treated a number of patients who suffered bullet wounds during her career, she never needed to use the .32 caliber revolver she carried in her jacket pocket when she made calls at night.

The two photos of Lillian Heath are from the collections of the Carbon County Museum. Used with permission and thanks.