The Dull Knife Fight, 1876: Troops Attack a Cheyenne Village on the Red Fork of Powder River

The Dull Knife Fight, 1876: Troops Attack a Cheyenne Village on the Red Fork of Powder River

In 1874, after 20 years of bitter, intermittent warfare between the U.S. Army and the Cheyenne and Lakota Sioux tribes, the U.S. government sent Lt. Col. George Custer and 1,000 troops into the Black Hills of Dakota Territory to look for gold. They found it, and the already testy relationship between the U.S. government and the tribes changed quickly for the worse—as quickly as a gold miner could grab his pan. 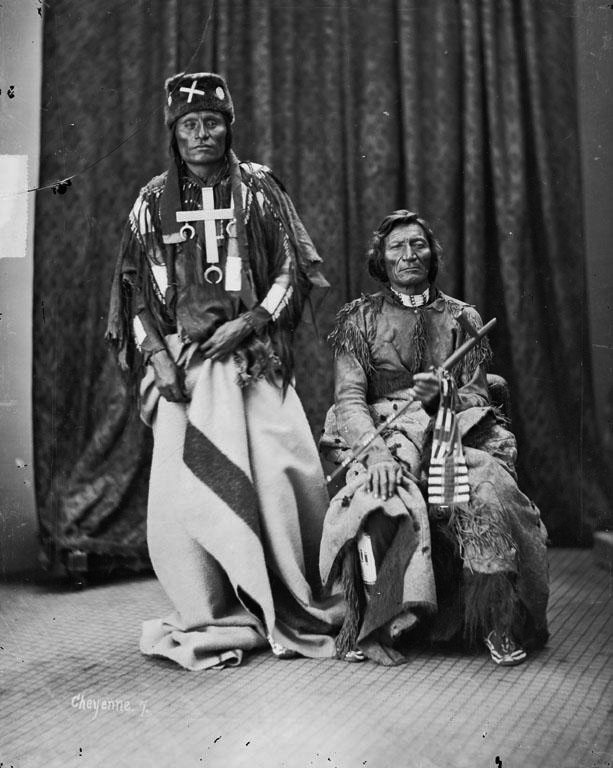 Beginning then and continuing throughout 1875, prospectors flocked to the hills in such numbers that conflict with the Northern Cheyenne and Lakota became unavoidable. In an effort to control the situation, the government took action to round up the “northern roamers”—tribespeople who up to that point had still not moved to the reservations in Nebraska and Dakota territories. That campaign led to Custer’s death and the deaths of 210 of his men in southern Montana Territory at the Little Bighorn River, June 25, 1876.

After the battle, the large camp that Custer had attacked—around 8,000 Lakota, Cheyenne and Arapaho people—moved south, then east, and eventually disbanded. The Cheyenne traveled with Crazy Horse and his Oglala Lakota for nearly a month before leaving them and heading southwest, traveling along the western foothills of the Bighorn Mountains in northern Wyoming Territory.

This was the main camp of the Northern Cheyenne; their numbers have been estimated between 900 and 1,200. In November, they moved east over the Bighorns and raised 173 lodges at the place they called Willow Creek, since better known as the Red Fork of Powder River, about 20 miles west of present-day Kaycee, Wyo.

Here, two days later, on Nov. 25, 1876—five months to the day after Custer’s defeat—U.S. troops found them and burned their village to the ground. This little-known battle, referred to as the Dull Knife Fight or the Red Fork Battle, impacted the Cheyenne people during the Indian Wars even more than did the Little Bighorn fight.

Though the Dull Knife Fight is the most common name used for this encounter, Little Wolf was by this time the primary leader in the Cheyenne camp. Dull Knife was a much loved and respected older leader who impressed government officials with statesmanlike qualities during their early dealings with the tribe. Later he was a key figure in the Fort Robinson Breakout in Nebraska in 1879. Dull Knife’s Cheyenne name was Morning Star; the name Dull Knife was given him by Lakota relatives. 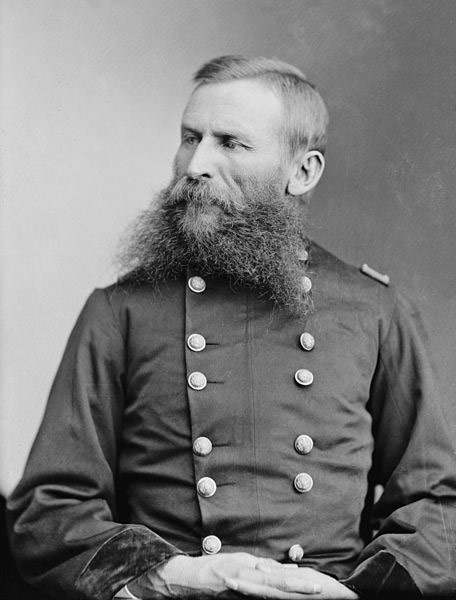 On this excursion, Crook had set his sights on locating the camp of Crazy Horse, the recalcitrant Oglala Lakota war leader. As a result of his leadership at the Little Bighorn and at a fight a week earlier with Crook’s command on Rosebud Creek, Crazy Horse had recently come to the government’s attention as a prime figure in the Native resistance.

Crook used Indian spies and scouts to gather intelligence on the locations and plans of their kinsmen. As the troops moved north through the Powder River Basin, they camped beside Crazy Woman Creek, a Powder River tributary well north of present Kaycee and east of the Bighorn Mountains. Crook’s scouts captured a young Cheyenne, who under questioning revealed that the main camp of the Northern Cheyenne was secluded on the Red Fork of the Powder River, called by the tribes Willow Creek, about a two-day ride to the southwest.

Another Cheyenne, a spy who had arrived from the Lakota camps in the north, told Crook that Crazy Horse had no doubt heard soldiers were in the area and would certainly move his camp farther north, away from the encroaching danger.

Seizing this opportunity, Crook changed his objective and sent more than half his troops, under the command of Col. Ranald S. Mackenzie, into the Bighorn Mountains in search of the Cheyenne village. Mackenzie’s force consisted of 700 men in 11 companies of the 2nd, 3rd, 4th, and 5th cavalry regiments. Augmenting these troops were more than 400 Indian scouts, including about 150 Lakota and Arapaho, more than 100 Pawnee and roughly the same number of Shoshone.

While all the scouts were promised a share in any horses captured in the maneuver, the Pawnee and Shoshone relished the added incentive of striking one last blow against their traditional enemies. Mackenzie’s scouts also included nine worried Northern Cheyenne—who knew they might soon be asked to fight against their own tribesmen.

From their own scouts, the Cheyenne in the village knew that soldiers were moving through the Powder River Basin. Many wanted to break camp right away and head north to rejoin Crazy Horse. 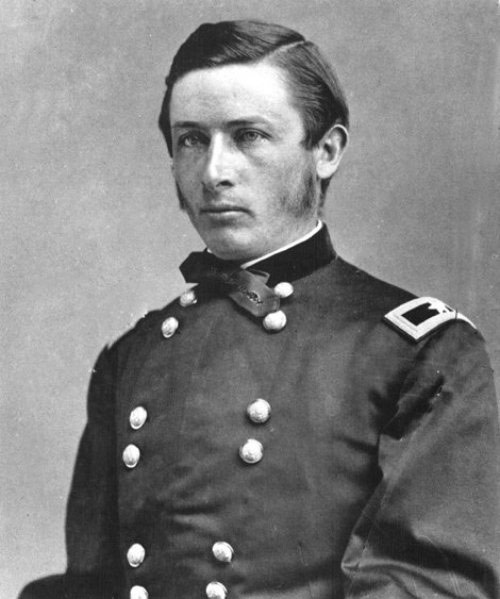 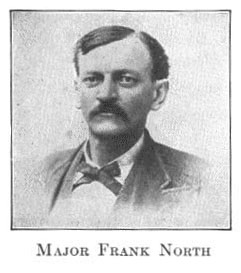 Most of the Council of Forty-Four, the tribe’s governing body, was in the village at the time. This included Little Wolf, Dull Knife and Old Bear, three of the four Old Man chiefs—Peace chiefs they were sometimes called—and most of the Council itself, comprised of four representatives from each of the ten Cheyenne bands. This body served to oversee most traditional and day-to-day activities, especially during large gatherings of the tribe.

Last Bull, head chief of the Kit Fox military society, which normally took direction from the Council, as did all the Cheyenne military societies, felt it was not necessary to leave, and declared a type of Cheyenne martial law. He ordered his warriors to cut the saddle and travois cinches on the horses of anyone who tried to leave camp and called for a scalp dance to celebrate his society’s recent victory over a small Shoshone village. He intended to fight the soldiers if they came.

The following morning, as the scalp dance concluded, Mackenzie’s troops—who had scrabbled their way through a treacherous maze of creeks and crevasses in the dark of night—attacked the village from the east end of the valley.

Mackenzie’s plan to quickly surround the village and isolate the horse herd was foiled when a herd sentry shot at Lakota scouts who bolted ahead of the main body of soldiers. The scouts returned fire and, in the vernacular of the day, this exchange of gunfire “opened the ball.”

Alerted to the cavalry’s charge, Cheyenne women, children and old people fled to the hills west and north of camp as their men rushed to defend the village and to give their loved ones more time to escape. The fighting was brief, but intense. The Shoshone scouts climbed a high bluff south of camp and laid down a heavy barrage of rifle fire, immediately gaining control of all activity in the village.

In their haste to escape, many of the camp’s inhabitants ran north across the creek and into deep, twisting trenches that were eroded by runoff from the high canyon wall further north. Seeing this, Mackenzie sent a detachment that included Lt. John McKinney to intercept them. The result was the most heated confrontation of the entire assault, when Walking Whirlwind and several other Cheyenne men rose suddenly from a steep-sided gully where they had been concealed, firing almost point-blank into the advancing cavalrymen and stopping the charge. McKinney was killed, as were Walking Whirlwind and several Cheyenne.

While the Cheyenne managed to save their two most powerful medicine bundles—the Four Sacred Arrows and the Sacred Buffalo Hat, the early morning assault caught many people in bed, forcing them to flee into the mountains wearing little or nothing. In addition to their clothing, all their lodges and winter stores as well as weapons, cooking utensils and other essentials, including most of the horse herd were left behind.

Historical and culturally significant items, such as winter counts, which recorded significant events of each past year, unique items such as a sacred ear of corn with great healing properties, shields, pipes, ceremonial dresses, and countless other heirlooms, all fell into the hands of Mackenzie’s men, or were burned along with the lodges. Much of traditional Cheyenne culture was lost as a result.

The pillaging soldiers were infuriated to find, mixed among the Cheyenne belongings, military trappings and personal effects of dead troops of the 7th Cavalry – taken after Custer’s ill-fated attack on the combined Cheyenne and Lakota camp the summer before. 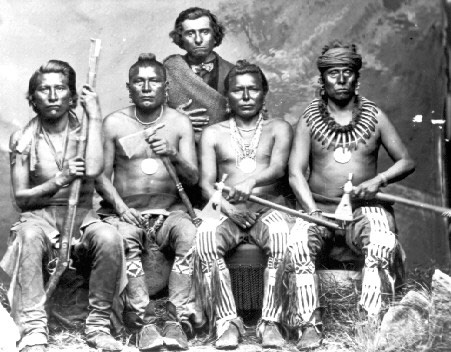 Army casualties included McKinney and six enlisted men killed with twenty-two wounded. The Cheyenne estimated that they lost forty of their people, with twice as many wounded. However, consequences of the attack continued for them long after the shooting stopped.

That night, the Cheyenne headed north, over the canyon wall and into frigid mountain heights. The image of their homes being burned in the valley behind them haunted their steps, while in front of them, a November blizzard rolled toward them across the range. Eleven babies froze to death that first night.

It took them almost a week to exit the mountains, and nearly two weeks to find the camp of Crazy Horse, located near the east fork of Otter Creek in southeastern Montana Territory, a distance of nearly 150 miles from the battle site. The pitiful state of the Cheyenne filled their Lakota friends and relatives with fear. To see the Cheyenne so impoverished and badly beaten convinced many of the Lakota that their families could not risk the same fate.

While traveling with the Lakota camp, the Cheyenne in January took part in a subsequent battle, this one with troops under Gen. Nelson Miles, on Tongue River near present-day Birney, Montana. The fight ended in a draw and served only to support the growing resolve that the dream of driving the white man from their homeland was futile. By late spring 1877, the Northern Cheyenne and even Crazy Horse’s people had all surrendered.

The Dull Knife battlefield is located on private land on the Red Fork of Powder River, north of Barnum, Wyo., and northwest of Kaycee.

Col. Ranald MacKenzie and 1100 cavalry and Indian scouts attack a Cheyenne village on the Red Fork of Powder River. Cheyenne losses prove devastating to the tribe. 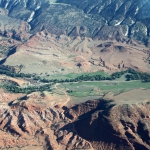 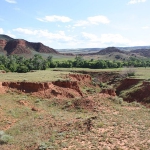 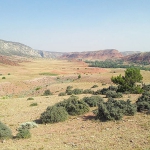 Gerry Robinson is a writer, historian and member of the Northern Cheyenne Nation.  Born and raised on the reservation, he now lives in East Helena, Mont. He has published poetry, short fiction, and nonfiction. His historical novel, The Cheyenne Story: An Interpretation of Courage, is based on the true story of his ancestors and the history of his tribe. It received the 2020 Western Heritage Award for Outstanding Western Novel from the National Cowboy and Western Heritage Museum.

Hoofprints of the Past Museum

The Hoofprints of the Past Museum is located at 344 Nolan Ave., the main street in Kaycee. The museum offers exhibits on the ranching culture of Kaycee, Powder River and its tributaries, and the Hole-in-the-Wall country. As fundraisers, the museum offers tours every June to the Dull Knife battlefield and the Hole in the Wall. For more information, visit the website linked above or call (307) 738-2381. Kaycee also offers a Sheepherders Rodeo each July and Lions Club and Cowgirls rodeos frequently during the summer.