Calamity Jane: Heroine of the West or Ordinary Woman?

Calamity Jane: Heroine of the West or Ordinary Woman?

Calamity Jane's life is two stories: the facts of her biography, and the nearly parallel rise of the romantic tales that today comprise the Calamity Jane legend. Was Martha Canary a gun-toting, hard-drinking, swashbuckling female who could drive a mule team and fight Indians like a man? Or was she an alcoholic prostitute, stuck in poverty and forced to labor at menial jobs in a life both dreary and mundane? 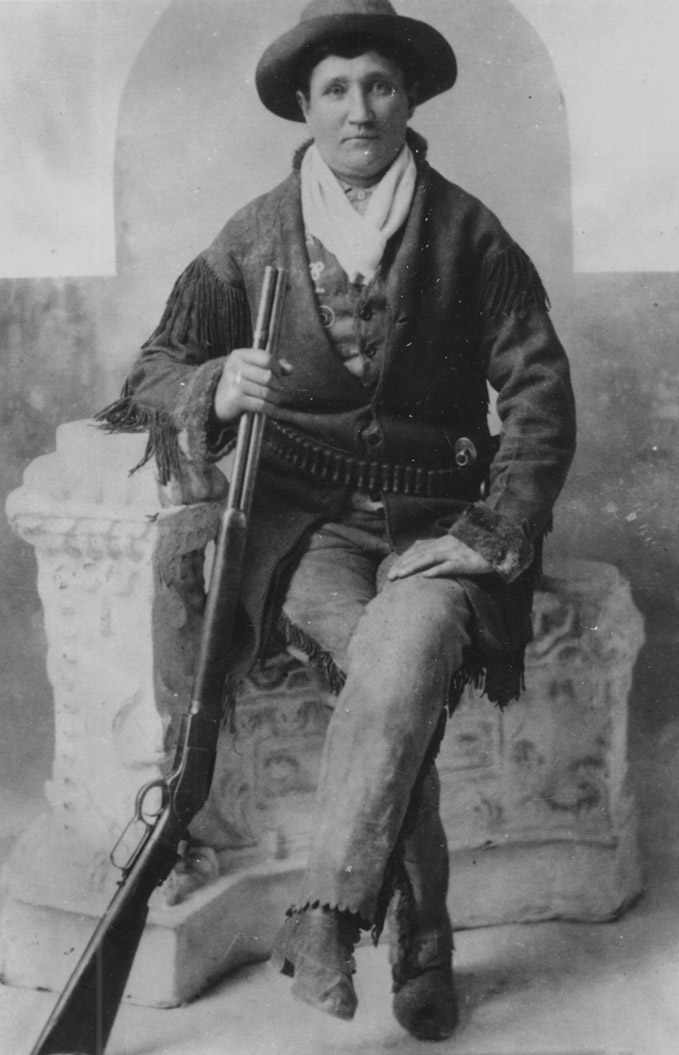 The truth probably lies somewhere in between. James McLaird, in Calamity Jane: The Woman and the Legend, comments that Martha Canary was an ordinary woman of her times, with little in her life or behavior that would merit special interest. Yet certain notable traits recur in McLaird's account: uncommon generosity, most often in helping sick or injured people; and a spunky, ebullient spirit, shown in her greetings to her friends, especially after a long absence.

The emergence of the Calamity Jane legend—fanciful tales, such as her role as professional scout for Gen. George Crook and others, or her supposed close relationship with Wild Bill Hickok—probably inflated the true tales of her generosity and spirited behavior.

Disentangling fact from myth is the heart of McLaird’s biography. He notes that since Canary was illiterate and left no correspondence, documentation is mostly limited to contemporary newspaper accounts, reminiscences by acquaintances and witnesses—whether reliable or not—and a few legal documents, mostly county records and census figures.

After her rise to celebrity, Martha Canary published a booklet, The Life and Adventures of Calamity Jane, By Herself, most likely with the help of a ghostwriter. McLaird notes that while this short account generally follows the historical record of events in the West during her lifetime, Canary, while sometimes telling the truth, also exaggerated and distorted her role in many of those events. This further confuses the trail, creating a string of documented facts connected only by the best available information.

A census taken in Mercer County, Mo., reports that in 1860, Robert and Charlotte Canary, living near Princeton and probably farming, had three children. Martha, age 4, was the oldest. So she was born sometime in 1856, possibly on May 1, as she claims in her Life and Adventures. The next documented fact, an 1869 census taken in Carter (now Sweetwater) County, Wyoming Territory, places Martha in Piedmont, a small Union Pacific town, now a ghost town 20 miles from the Utah line near present-day Evanston. This census correctly lists her birthplace as Missouri, but reports her age as 15. She was actually 13, and there is no mention of her parents. 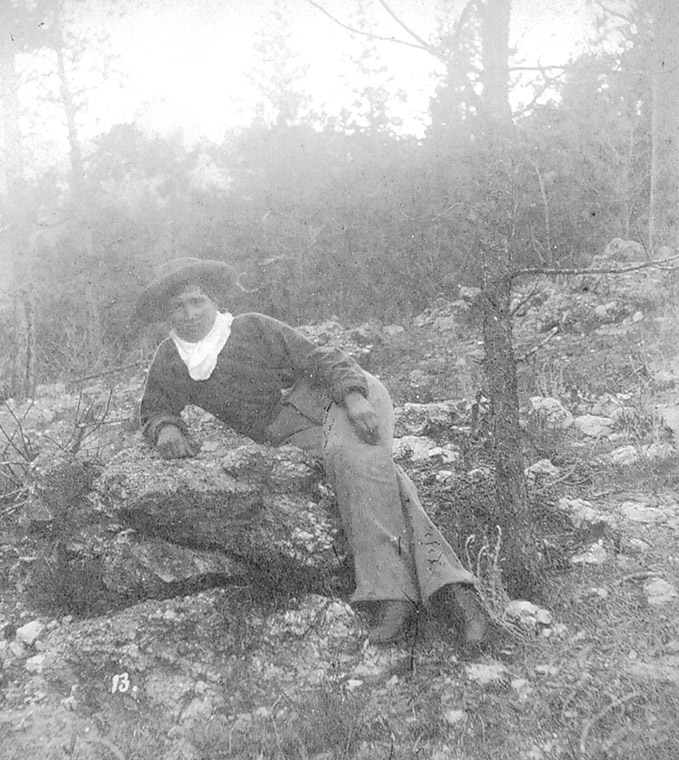 Martha was almost certainly orphaned sometime between 1866 and 1867. In her Life and Adventures, she reports, "Mother died at Black Foot Montana, 1866 … I left Montana in spring of 1866, for Utah … remained in Utah until 1867, where my father died. … ” Since her narrative correctly places her in Piedmont sometime after that, McLaird comments, "If there are any … doubts that Martha's Life and Adventures includes [some] reliable information, they should be stifled by the … Carter County … census."

From this point, McLaird explains, no contemporary documents exist to “confirm or deny stories about the next five years” of Martha Canary’s life. In the Life and Adventures, after mentioning her residence in Piedmont, she claims to have visited Fort Russell, near Cheyenne, in 1870, when she would have been 14, and Fort Sanders, near Laramie, Wyo., in 1872. McLaird concludes that this familiarity with eastern Wyoming Territory, plus stories placing her at Miner’s Delight, near South Pass, and Fort Steele, near Rawlins, indicate that she probably spent "her formative teenage years in Wyoming.”

Canary first drew the attention of the press in 1875, at age 19, when she accompanied the Jenney expedition from Fort Laramie, Wyo., to the southern Black Hills. The U.S. government had commissioned this expedition, sending geologists Walter P. Jenney and Henry Newton to investigate the mineral resources in the Black Hills, the year after Custer and 1,000 troops had found gold there and pressure was building fast to take the land away from the Sioux. J. K. Lane, acting assistant surgeon for the expedition, was also a correspondent for the Chicago Daily Tribune.

Lane's June 19, 1875, article, "The Gold-Hunters," confirms Canary's presence with the expedition. His piece is also the first contemporary report identifying Calamity Jane by her soon-to-be-famous nickname. Lane notes, “Calam is dressed in a suit of soldier's blue and straddles a mule equal to any professional blacksnake swinger in the army." 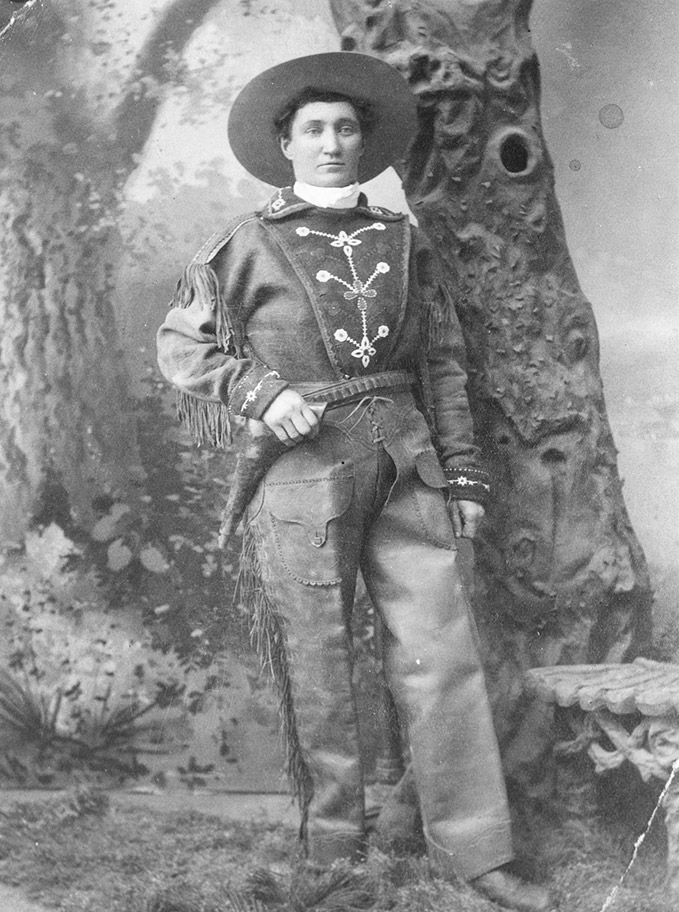 After returning to Fort Laramie, probably with a supply wagon train, Martha Canary next accompanied Gen. George Crook on his 1876 expeditions into northern Wyoming Territory to attack the Cheyenne and Sioux. Regarding the enduring myth that Canary was a scout for Crook and others, Capt. Jack Crawford, in a March 5, 1904, article for the Journalist explained that he was "well acquainted with every scout employed by the government … [Calamity Jane] was never employed as a scout by General Crook, who gave her no recognition whatever, except to order her out of camp when he discovered she was a camp follower,”—by which Crawford almost certainly meant to imply that she was a prostitute.

In June 1876, Canary rode into Deadwood, Dakota Territory, with James Butler Hickok—Wild Bill—in a conspicuous parade down the main street of the town. This episode began her rise to national fame.

Here two stories, illustrating her ebullience and generosity, surface from her time in and around Deadwood in the summer and fall of 1876. At a reception for Gen. Crook, who traveled to the Black Hills in early September after his defeat at the Battle of the Rosebud, Dr. Valentine McGillycuddy, medical officer with Crook's army, reports that he danced the schottische with Canary. They "cavorted through the half-drunken mob, Calamity shrieking at old pals and slapping them on the back as they passed."

Later that fall, a miner named Jack McCarthy broke his leg. He lived alone in an isolated cabin between Central City and Lead, S.D., and was unable to care for himself. Canary, then only 20, heard the story, raised money by asking for checks instead of drinks at the dance halls she frequented; then purchased supplies and engaged a packer at Deadwood. Arriving at McCarthy's cabin around Thanksgiving time, she cared for him there.

McLaird comments that this story "may be true," adding that Canary's flamboyant behavior—probably referring to her dance with McGillycuddy as well as to her habit of dressing as a soldier or a scout and thereby fooling some of the men in the Jenney and Crook expeditions—"made it impossible for newspapers to ignore her. She made good copy." 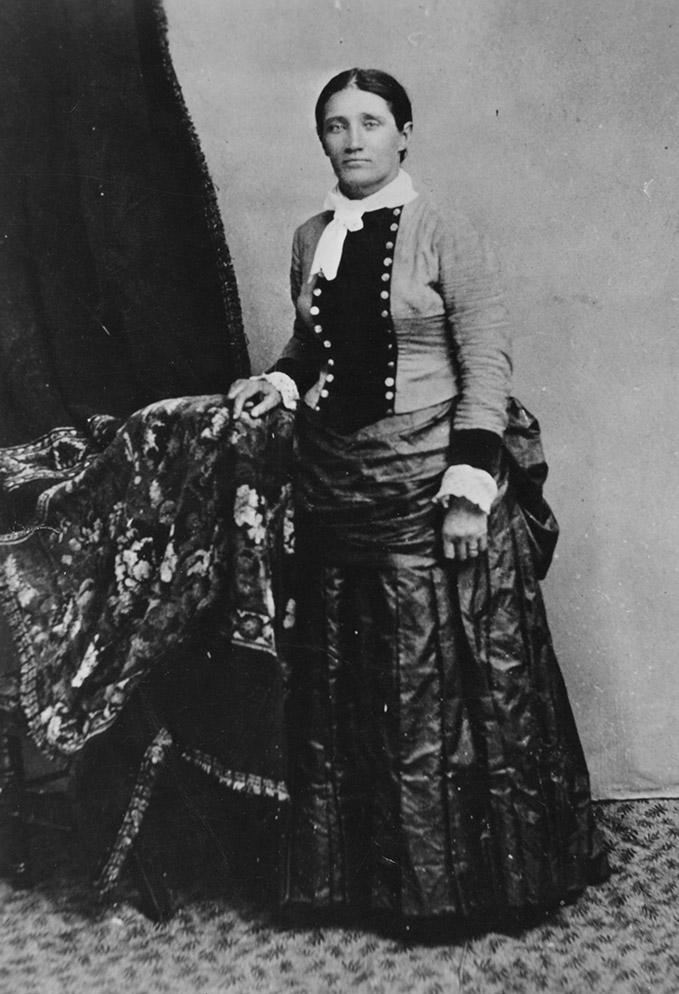 On Oct. 15, 1877, Canary was a featured heroine in Edward Wheeler's dime novel, Deadwood Dick, The Prince of the Road; or, The Black Rider of the Black Hills. This fictitious portrayal of Calamity Jane catapulted her into the public eye. Fantastic stories proliferated, no doubt inspired by dime novel episodes. These rumors included her unerring aim with a gun or ox whip, fighting Indians and scaling cliffs. Meanwhile the real Martha Canary continued her mostly ordinary existence, living in Dakota Territory from 1878-1881, and in Montana Territory until late 1884.

In November of that year, Canary returned to the area that is now Wyoming, where she remained for the next 10 years, mostly in the western part. During this decade, Canary married William Steers, and also had a daughter, Jessie, born, possibly in Lander, on Oct. 28, 1887. According to McLaird, her marriage to Steers is documented by a certificate of marriage in Bingham County, Idaho Territory, dated May 30, 1888.

Canary also claimed as husbands, or her name was associated with, Clinton Burke and a man named Koenig or possibly King. Neither relationship appears to have lasted, although the Life and Adventures is authored by "Mrs. M. Burke."

Most of the newspaper reports about Canary during her decade in Wyoming focus on one of two themes: drunk-and-disorderly or "Calamity Jane's Tall Tales, Told by Herself." An example of the latter is in the Cheyenne Daily Leader, June 21, 1887, which refers to her as both Calamity Jane and Mary Jane Steers and quotes her story, "'At Bismarck I was courted … by a pretty little army officer who … challenged another officer who spoke to me to fight a duel ...'" 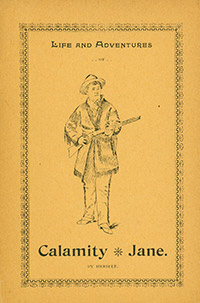 The myth was gaining ground, directing the final nine years of her life toward the promotion of the Life and Adventures, selling photographs of herself and appearing in Wild West shows. Canary apparently visited Yellowstone Park several times to sell her promotional material to tourists.

Will Frackelton, in his 1941 memoir, Sagebrush Dentist, told of her first visit to his dental office in Sheridan, Wyo., adding, "I saw Calamity again in 1897 when … I took a pack trip through Yellowstone Park … She was dressed in men's clothes and seemed a little older and much grayer." When Canary learned that her packhorses were missing, she swore "a blue streak."

Canary continued to exploit her increasing fame, appearing in the Pan-American Exposition in Buffalo, N.Y., in the summer of 1901. While in Buffalo, Canary encountered a friend, Wirt Newcom, a Montana cowboy visiting the Exposition with his eastern relatives. When Martha saw Newcom after a performance, she yelled, "Slim! Old Slim, from Miles City. Damm [sic] my skin, if it ain't."

Newcom stopped the flood of happy profanity, explaining that his relatives were church-goers. Then he introduced them. "never was I more amazed at any change in front of a person; never could you imagine it could...be the same person...she was as polite as any one of the party and entertained them all royally for fifteen or twenty minutes." 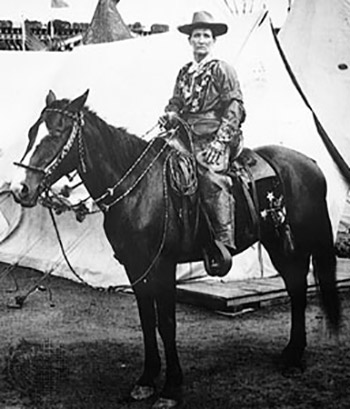 The heroic myths about Calamity Jane are so interwoven with truer accounts of her generosity, audacity and high spirits, that all stories of her life merit close examination. McLaird notes that after Canary's rise to fame, acquaintances embroidered or fabricated tales that are historically inaccurate and unsubstantiated, making the facts even more difficult to discern. Yet one thing seems certain: though Martha Canary had an ordinary, even sad, life, dogged by the drinking problem which almost certainly killed her, she was kind to friends and strangers alike, and in her daring behavior, such as disguising herself as a man on military and scientific expeditions, was an unusual woman for her time.

More about Piedmont at Wyoming Places

Site grounds are open sunrise to sunset year round, weather permitting. For more information contact the Fort Bridger Office at (307) 782-3842 or visit http://wyoparks.state.wy.us/Permits/Index.aspx.

A sign containing information about Gen. Crook's Campaign in 1876 mentions Calamity Jane as a “noted western character” and is located two blocks west of Main Street in Sheridan, Wyo., at the junction of West Dow and Alger streets. The Wyoming State Archives and Historical Department and Wyoming State Historical Society put up the sign in 1964. For the text and location of Wyoming state historical markers, search by county and keyword at http://wyshpo.uwyo.edu/mmdatabase/