A Murder and a Bad Gun Law

A Murder and a Bad Gun Law

When I began my research on the Buxton-Omeyc case, I saw it as a straightforward piece about crime and law enforcement: On September 14, 1919, a 17-year-old named Joseph Omeyc shot and killed Deputy Game Warden John Buxton near Rock Springs, Wyo. Buxton was the first Wyoming game warden to be killed in the line of duty. Naturally, I was interested in the details. 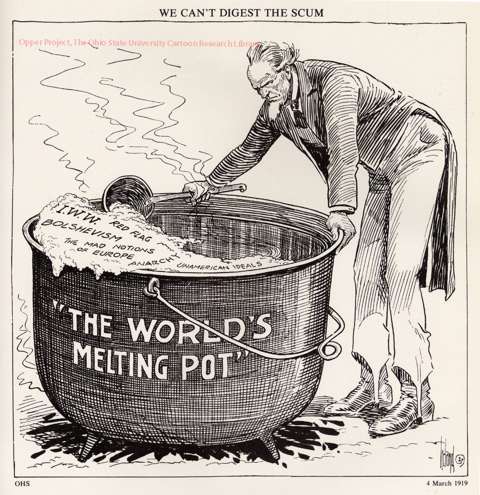 But as my research deepened, I discovered something else had been in play that day more than a hundred years ago: repressive legislation aimed squarely at immigrants. I had assumed that when Buxton confronted Omeyc and his companion, John Kolman, age 16, poaching was the issue. Then I struck gold: In the archives at the Sweetwater County Museum in Green River, Wyo., was the report of the coroner’s inquiry into Buxton’s death. The report included a transcript of the testimony of both the doctor who examined the body, and Kolman.

Which begged the obvious question: In 1919, what did citizenship status have to do with a license requirement that was within the purview of a game warden?

The answer was in Section 21 of the Session Laws of Wyoming for 1919: “Alien’s Gun and Fish License.” Not only did the law forbid non-citizens from owning firearms or even fishing tackle without purchasing a special license, it directed “the State Game Warden, his assistants and deputies, and all other peace officers in the State of Wyoming, to search for and take into their possession any gun, pistol or other firearms or fishing tackle found in the possession of any alien not entitled to hold or possess the same.”

During the First World War in Wyoming, feeling against foreigners had run high. By 1919, the year after the war ended, the Red Scare was sweeping America—a storm of paranoia, fear and hysteria about anarchists and communists that expanded swiftly to include leftists and labor unions, with special focus on immigrants from eastern and southern Europe. One result was the Palmer Raids—mass roundups and arrests by federal agents of suspected radicals, often on flimsy or non-existent evidence. Another was legislation like Section 21.

By 1921, “Alien’s Gun and Fish License” had vanished from Wyoming law, as well it should have. It had nothing to do with wildlife management and it is difficult to imagine how criminalizing possession of a fishing reel would contribute to the public good. Warden Buxton’s murder was indefensible, but it was an evil with its roots in a bad law.