When considering the dramatic events of Sherman Coolidge’s life, it’s hard to believe his biography wasn’t written long ago. 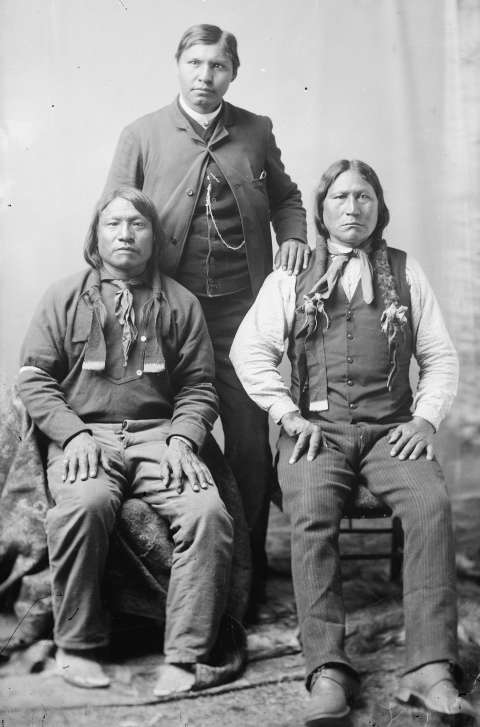 Born around 1863 into a small band of Arapaho in present-day Wyoming, Coolidge, as a boy named Doa-che-wa-a (He-Runs-on-Top), experienced a series of tragedies few could imagine. After losing his grandmother, aunt, uncle, and father to warfare and murder, he was given up by his mother to an army surgeon at Camp Brown (now Lander). And all this happened before he turned 10 years old. Coolidge was later adopted by an infantry officer, educated in eastern schools, and ordained an Episcopal priest. In 1884, he returned to Wyoming as a missionary among the Arapaho at the reservation on Wind River, where he spent approximately a quarter century. Coolidge left in 1910, and in 1911 helped found the Society of American Indians (SAI), an organization dedicated to defending Native rights. He then served as president during the SAI’s most robust period of agitation, becoming one of the best-known American Indians in the United States.

When the Covid-19 quarantine began in mid-March, I needed something to do. I’d written biographies on two of Coolidge’s contemporaries—the Yankton Dakota writer and activist Gertrude Bonnin (Zitkála-Šá) and the Ojibwe Catholic priest Father Philip Gordon—and I was hoping I could find another subject to treat. Sherman Coolidge was a potential subject, but there was little information on his life. He left no papers, and no one had written anything on him anywhere. I decided to attempt a 20,000-word essay, planning to complement it with a few others to make up a book on Indian activists of the Progressive era.

In the beginning, Coolidge was an unlikeable character, and here is why:

He showed utter contempt for the Arapaho and Shoshone at Wind River, calling them “heathen,” “savage,” and “inferior.”

He supported reservation authorities and the U.S. government in their corrupt machinations to grab more and more Arapaho and Shoshone land.

He advocated the drafting of Indians into the U.S. army as a means to “civilize” them.

He was blindly patriotic and barely had a critical thing to say about Euro-American society.

He embodied all the white, protestant ethnocentrism of the nineteenth century.

I could go on and on.

I just wanted to finish the essay and move on to someone more sympathetic.

Yet the more I researched, the more I found, and the more I realized that Coolidge’s story was essential to understanding how Indians faced modernity at the turn of the century. He deserved a biography, and fortunately it appeared enough material existed to write one. But he still wasn’t likable.

At about 40,000 words, I had covered Coolidge’s first 40 years, and then, quite suddenly, he changed. In 1911, after his co-founding of the Society of American Indians—and after he’d left Wyoming—he began to say things that just didn’t sound like him—an approving comment about Indian cultures here, a condemnatory remark about the Euro-American expansionism there. Eventually, I didn’t recognize him anymore. He started to show an open pride in his Arapaho heritage, and ultimately became an extremely effective critic of U.S. Indian policy. And in addition to being principled and generous, he could be damn funny.

I am just finishing up Coolidge’s biography now (save a few missing sources from archives still closed due to Covid). Perhaps it will be titled Arapaho Priest, because Coolidge liked to be identified correctly. Once during a talk before a white audience he told the crowd:

“Now I go on lecture tours to Iowa and to Missouri and I was once asked to speak before the Teachers’ Institute in one of the Missouri towns, and they said to the audience, ‘The Rev. Sherman Coolidge is with us to-day and he will tell us about his people. He is a Cherokee.’”