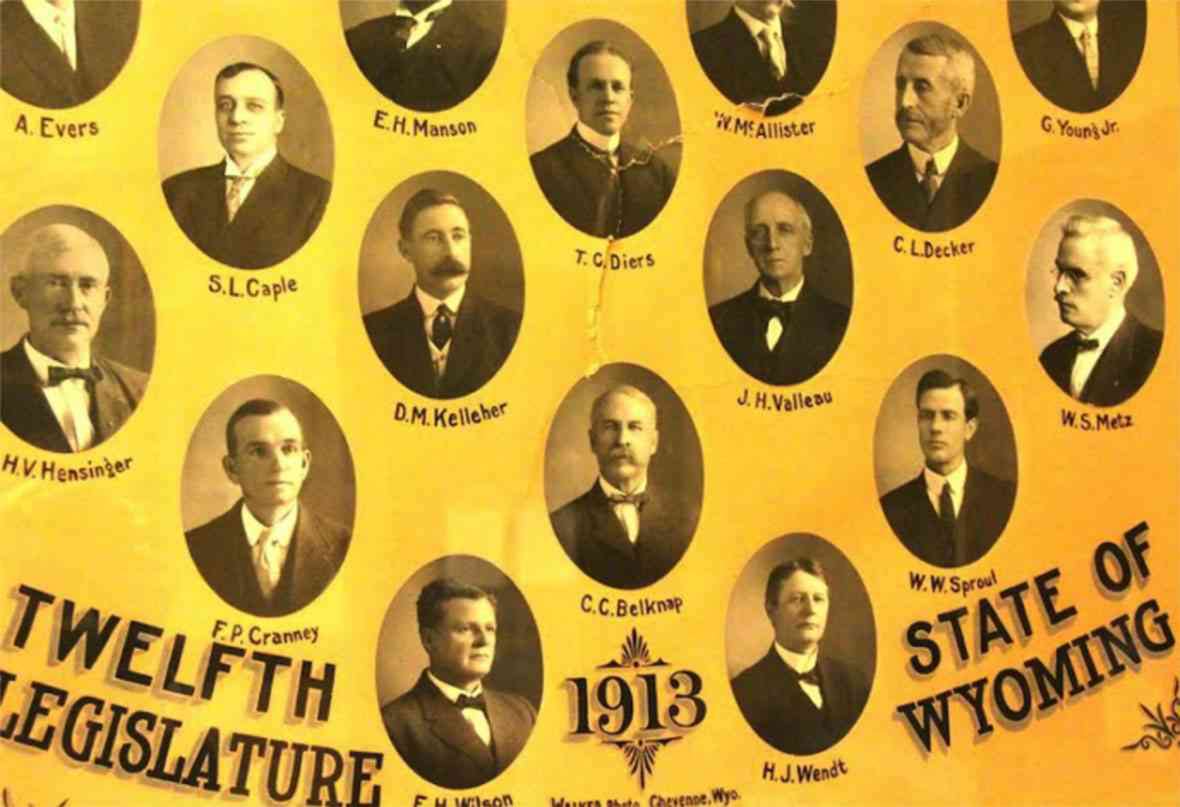 After an argument at the state Republican convention in Gillette last month, the chairman of the Albany County delegation, Michael Pearce, and the chairman of the Carbon County delegation, Joey Correnti, headed for a side room in the Cam-Plex. There, witnesses agree, Pearce threw the first punch, after which Correnti “took him to the ground.” Pearce ended up in the hospital with injuries including a broken ankle. He later admitted he’d been drinking “tall” gin and tonics. Authorities the following Monday charged him with assault and battery.

These troubles reminded us of a notorious fight that broke out Jan. 20, 1913 between Democrats and Republicans on the floor of the Wyoming House of Representatives. The conflict was over which party would ultimately control the majority, and with that majority the power to elect Wyoming’s U.S. senator.

As the 12th session of the Wyoming Legislature got underway, the House was split down the middle, with 28 Democrats and 29 Republicans.

A freshman Republican, Martin Pratt of Powell, and one other Republican representative declared they were ready to change parties if the Democrats would elect Pratt speaker. They did so, but Pratt’s use of his new power was capricious and unpredictable. When at one point he left the speaker’s chair to debate from the floor, the speaker pro tem called for a vote on a question crucial to the dispute over which party held the majority. Pratt called the vote out of order, leaped to the dais and shoved the temporary speaker, still in his chair, off the platform. Pandemonium broke out. Brawls erupted.

You can read all about it in Gregory Nickerson’s article, Riot at the 12th Wyoming Legislature: Fisticuffs on the House Floor.

Then, as now, deep divisions in Wyoming politics reflected equally deep divisions nationwide. Just two months earlier, the Democrat Woodrow Wilson was elected with 42 percent of the popular vote: The third-party Progressive or “Bull Moose” candidacy of former President Theodore Roosevelt had split the Republicans. The race had split Wyoming’s Republicans as well, with Joseph Carey, the Republican governor, strongly in the Roosevelt camp and F.E. Warren, Wyoming’s U.S. senator, strongly in the camp of President Taft, who lost his bid for a second term. Carey and Warren were bitter enemies. Each had his camp among the legislators. If the Democrats, or a coalition of Democrats and Progressive Republicans could control the House, Warren stood a good chance of losing his Senate seat.

That is, people behaved badly when there was a lot at stake; it was probably the lowest point ever reached by the Wyoming Legislature. We can hope that, as Mark Twain supposedly said, “History does not repeat itself, but it rhymes.” Last month was a pretty resounding rhyme with the events of 1913. In these divided times, let’s hope there’s no repetition.