The world’s first female flight attendants were trained in Cheyenne beginning in May 1930 by Boeing Air Transport. The company, a precursor of United Air Lines, had been based at the Cheyenne municipal airport since the mid-1920s, when the airport was playing a significant role in the development of early aviation in America. 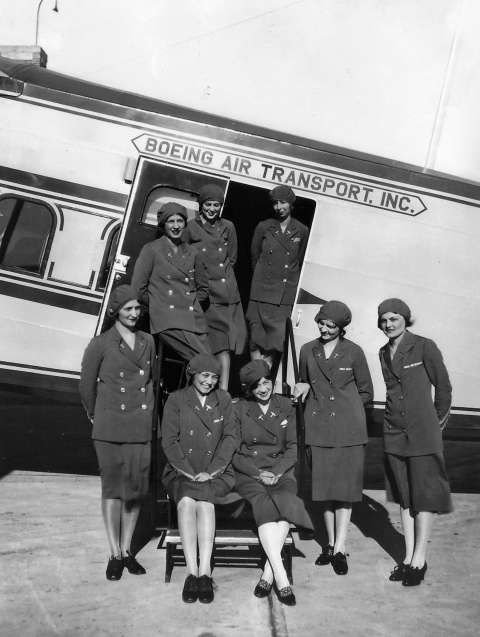 One of the finest airports in the nation at the time, it was a main stop on the first transcontinental airmail route and Boeing Air Transport’s original home. The airport also served as an airplane modification center during World War II and the base for the United Air Lines Stewardess Training facility for several years.

In 1930, Steve Stimpson, manager of the Boeing Air Transport Company’s Pacific Division in the San Francisco office, had become concerned about the need for caring for jittery passengers on flights. All airlines were having difficulties encouraging the public to fly as most had experienced airplanes as good only for war or for barnstorming. Stimson had previously worked for a steamship line and noticed how the ship’s stewards helped the passengers. Other airlines had come to this conclusion as well and employed men as stewards prior to 1930. Stimpson sought a solution that would solve both problems at the same time.

The solution came from an unexpected direction. Ellen Church, a young registered nurse living in San Francisco, often passed Boeing’s office on her way to work at the French Hospital. One day she entered the office and asked Stimpson if she could get a job on an airplane and explained her fascination with aviation. Even though Stimpson couldn’t offer her a job—flying was an exclusively male occupation—Church continued to visit him at his office and they became friends. She suggested that nurses would be valuable in encouraging people to fly and reassuring them during flights.

Stimpson realized that nurses were a logical choice for the first airline stewardesses. They would be able to help passengers who became ill, would be sensitive to individual needs and have a strong empathy with the passengers. However, he was opposed to informing the public that their safety depended on trained nurses as attendants. Nonetheless, he presented the idea to officials at Boeing and was given permission to hire the world’s first stewardesses. 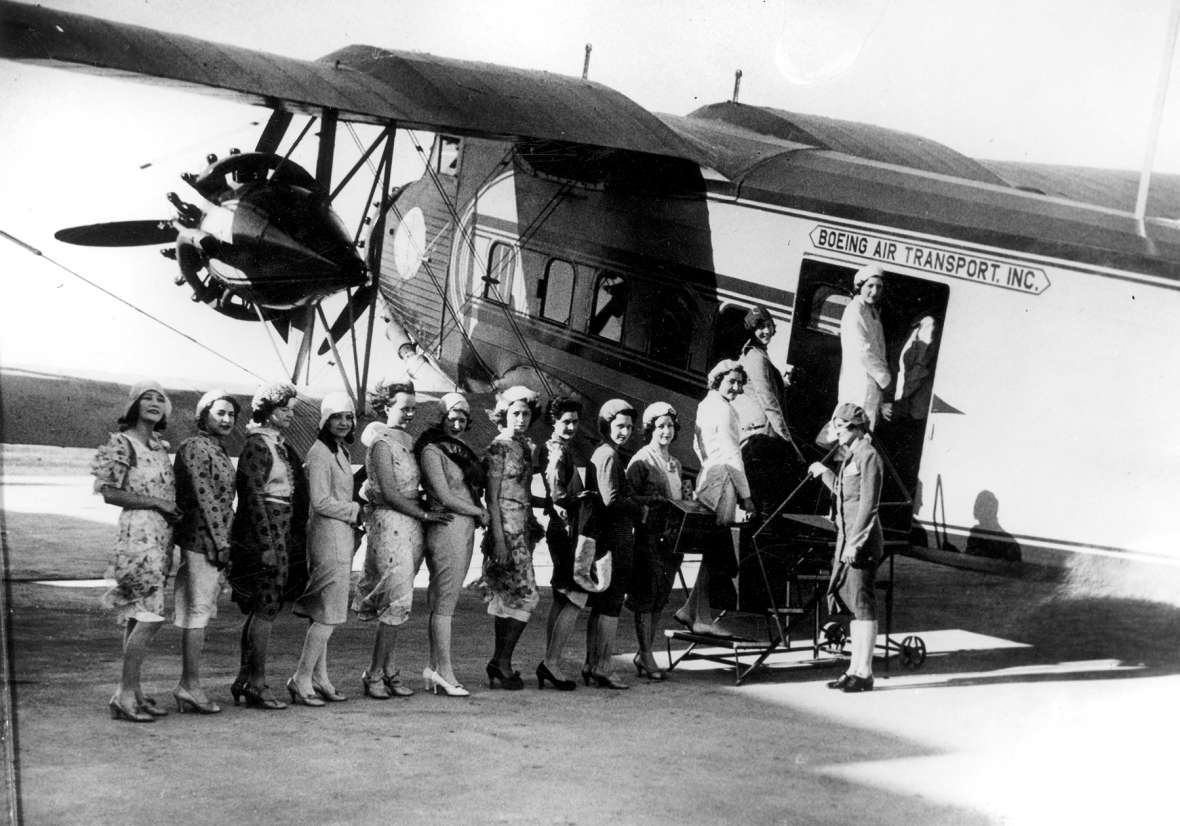 Management was skeptical at first but decided to try adding young women to the flight crew. The presence of warm, knowledgeable and professional women added on the crew might be a strong factor in convincing the public to fly.

Requirements for the first candidates were strict. They must be graduate nurses, unmarried, no older than 25, no taller than five feet four inches and must weigh no more than 115 pounds. The height and weight requirements were practical considerations because the aircraft of the time were tiny by modern standards. The planes had narrow aisles and low ceilings, making movement inside difficult. The Boeing Air Transport model 80A carried 12 passengers. Because these planes had relatively weak engines, the weight of the crew, passengers and luggage had a significant impact on the plane’s performance and therefore safety. 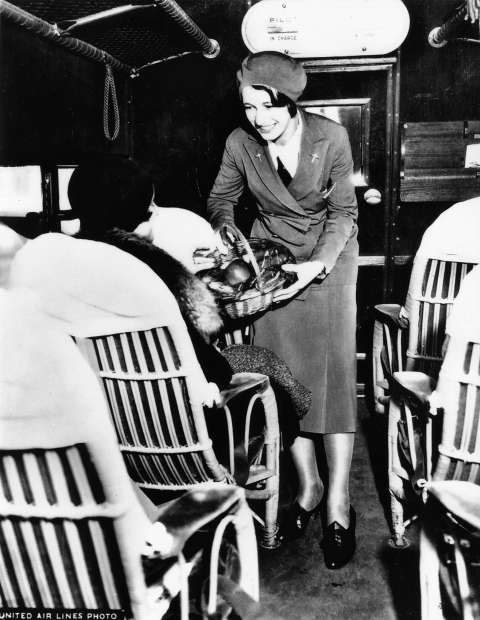 Eight candidates applied to be the first stewardesses and were flown to Cheyenne in May 1930 for training. The experience was planned for four days, but lasted for two weeks when the group became snowbound.

Cheyenne was the halfway point of the San Francisco-to-Chicago route operated by Boeing. Four of the original stewardesses worked the San Francisco-to-Cheyenne leg and four traveled between Cheyenne and Chicago. Their duties included tagging passenger baggage and loading it aboard; punching each ticket at each point on the route; seeing to it that planes were properly heated and ventilated; and carrying aboard hampers filled with cold chicken, apples, rolls, cake and vacuum bottles of hot beverages. Male stewards on ships and other airlines had performed similar duties.

Additional directions stipulated: Keep the cabin immaculate; sweep the floor and dust off the seats and windowsills before each flight; check the floor bolts and make sure that all seats are securely fastened to the floor; keep the clock and altimeter wound up; correct the time as the aircraft passes through time zones; keep an eye on passengers when they go to the toilet room to be sure they go through the toilet room door and not through the emergency exit door; warn passengers against throwing anything out the window; and carry a railroad time table just in case the plane is grounded somewhere.

Originally pilots and crews wanted little to do with the new stewardesses. However, these eight women, followed by hundreds of others, soon proved their worth to the crews, passengers and the public at large by working hard, being unflappable in difficult circumstances and doing their utmost to make flying a pleasant experience. The tenure of the first eight stewardesses created a career and a legacy that has become an institution in commercial flying. By the end of the decade, the stewardess had become indispensable to the airline industry. 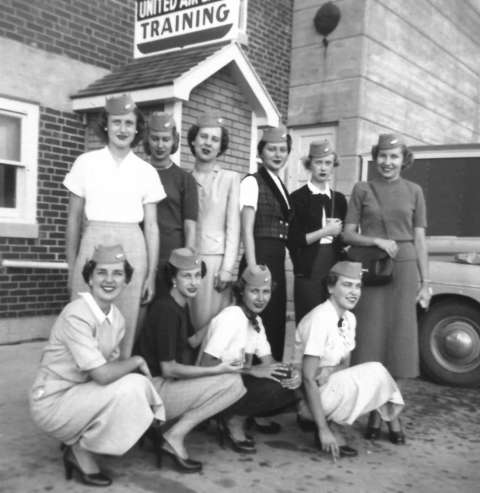 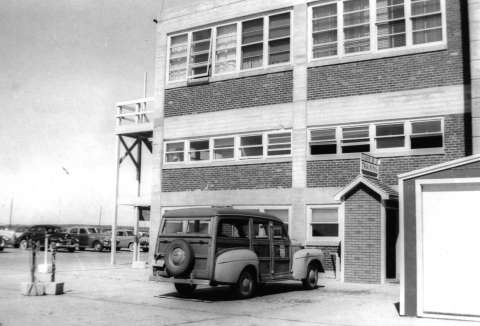 Stewardesses in Cheyenne continued to be trained in rather informal settings, often by the stewardesses who preceded each new group. United Air Lines opened a stewardess school in Chicago in 1938, and other airlines established training facilities elsewhere.

Commercial aviation was important to the Cheyenne airport during the 1940s. The advent of World War II boosted the city’s economy. In support of the war effort, the United Air Lines maintenance facility was expanded to become the Cheyenne Modification Center. The facility employed hundreds of people and upgraded thousands of B-17 bombers for the war.

During the war many stewardess nurses became military nurses, however, causing a shortage of trained airline attendants. United had also moved its flight training division from California to Cheyenne. Operations in the city ran continuously until the end of the war, when many airline-related industries abandoned Cheyenne.

In 1947, United expanded its routes by inaugurating flights to Hawaii, made possible by the large and powerful DC-6 aircraft. After that, Cheyenne’s maintenance facility was moved to San Francisco to a new center specifically tailored for the advanced aircraft. The flight training program, meanwhile, was moved to Denver.

Following Cheyenne’s loss of hundreds of jobs in the airline industry, United offered to relocate its stewardess school there. The company recognized the value of the long-term relationship with the city and decided not to abandon it completely. The stewardess training center in Chicago had been demolished to provide space for more hangars, thus making it necessary to find new quarters for the school.

United opened a formal stewardess training school in Cheyenne in 1947. Candidates were instructed about in-flight procedures, company history and policy, regulations, first aid, geography, airline routes and codes, food service, charm and grooming. The new facility was in the building that had formerly housed the modification center, saving the company the expense of building a new structure. The facility was housed in the office addition to the west of hangar number three, using all three floors of that building. The cafeteria was in a building between hangars two and three, and a mockup of an airplane was located in one of the hangars. 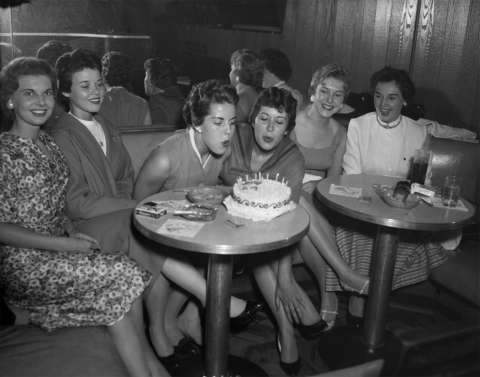 Some young women who arrived in Cheyenne to attend the stewardess school were undoubtedly shocked when they learned they would be housed in a dormitory, sharing space with their classmates. Others complained that the area was “the middle of nowhere.” Most, however, adjusted to the conditions, made friends and even came to enjoy Cheyenne. During their leisure time they often frequented local restaurants and bars. Favorite meeting places included the Belecky Ranch, the Little Bear Inn north of the city and the Wigwam Lounge in the Plains Hotel downtown.

During the school’s years of service in Cheyenne, more than 6,000 stewardesses completed their education. With the arrival of the jet age in 1958, training needs began to change. To meet the demands of commercial jet travel, United Airlines constructed a new training school in Chicago, closing the Cheyenne facility in 1961.

With the closing of the stewardess school, Cheyenne lost its last direct connection to an airline that had been a strong economic partner since the late 1920s. The Nov. 2, 1961, edition of the Wyoming Eagle lamented that aside from the loss of the economic benefits of the stewardess school, the city also lost a romantic connection to a time when ladies of the sky visited the Wigwam Lounge. The town and its airfield became quieter in 1961 with the loss of the school, and several people yearned for the time when Wyoming gave the ambassadors of the “Friendly Skies” their wings.

Editors’ note: Authors Kassel and Talbott received a Homsher research grant from the Wyoming State Historical Society to research the Stewardess School in Cheyenne, Wyoming. The authors continue to seek information about former graduates of the Cheyenne Stewardess School. Please contact them if you have information: Michael Kassel at mike.kassel@oldwestmuseum.org or Starley Talbott at starwyo@yahoo.com. 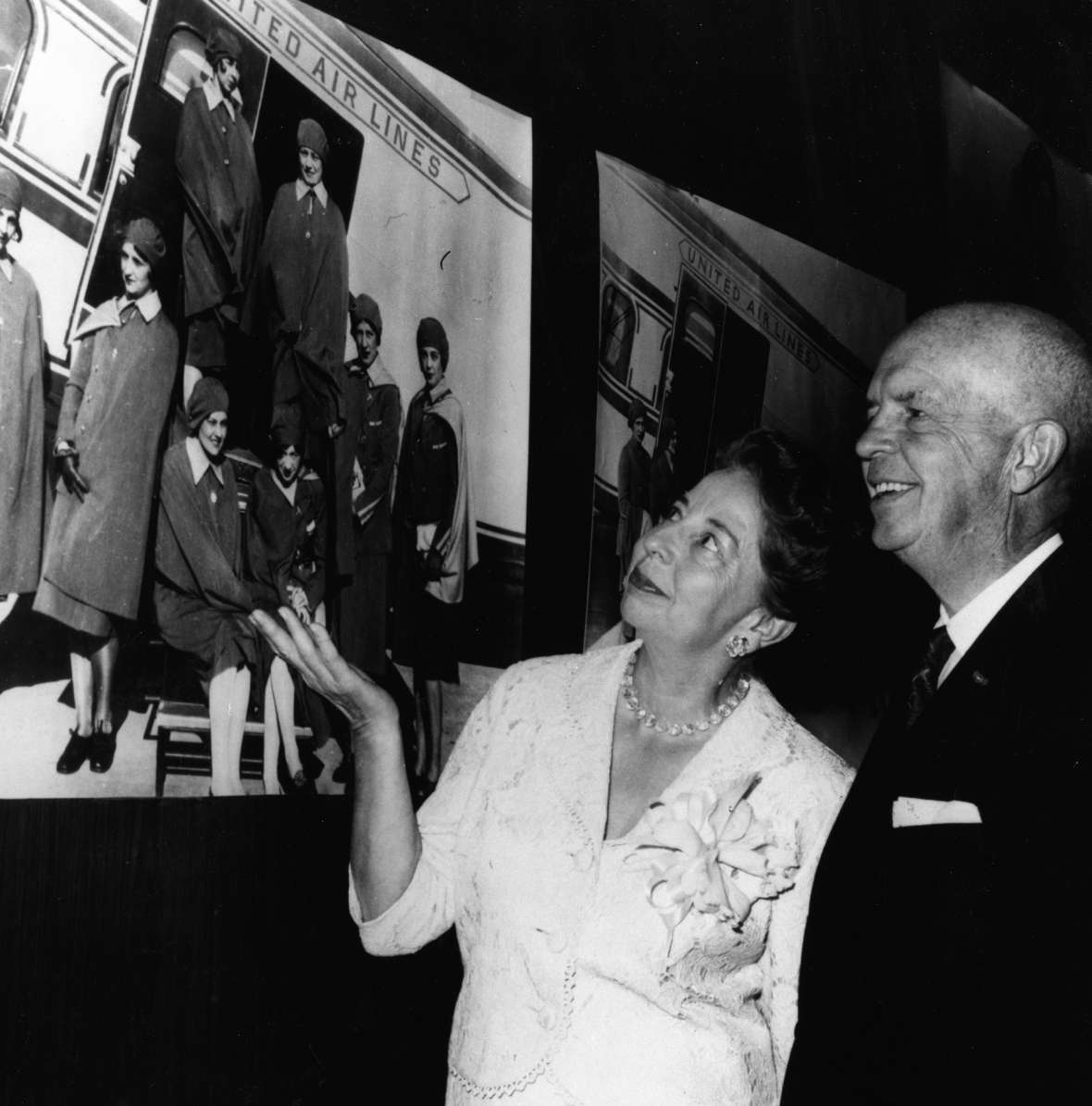 Michael Kassel serves as curator of collections and is assistant director of the Cheyenne Frontier Days Old West Museum.  He is an adjunct professor of history at Laramie County Community College. He is the co-author of Wyoming Airmail Pioneers, (The History Press, 2017.)

Starley Talbott has been published in numerous newspapers and magazines throughout the Rocky Mountain region during her many years as a freelance writer. She is the author of eight books and is a member of Wyoming Writers, Platte County Historical Society and the Wyoming State Historical Society.