The Winter the Horses Starved

The Winter the Horses Starved

In the winter of 1831-32, 21 fur trappers survived—in fact thrived—on the Laramie Plains, but it was another matter for their horses.

On September 4th of that year they packed their mules, saddled their horses, and began riding southwest up the Laramie River from the North Platte, near today’s Fort Laramie. They planned to travel until they found beaver, then trap until snow and cold sent them back downstream. But things did not go as planned. It would be May before they finally returned, having camped out all winter in the Laramie Valley. And they would walk back. 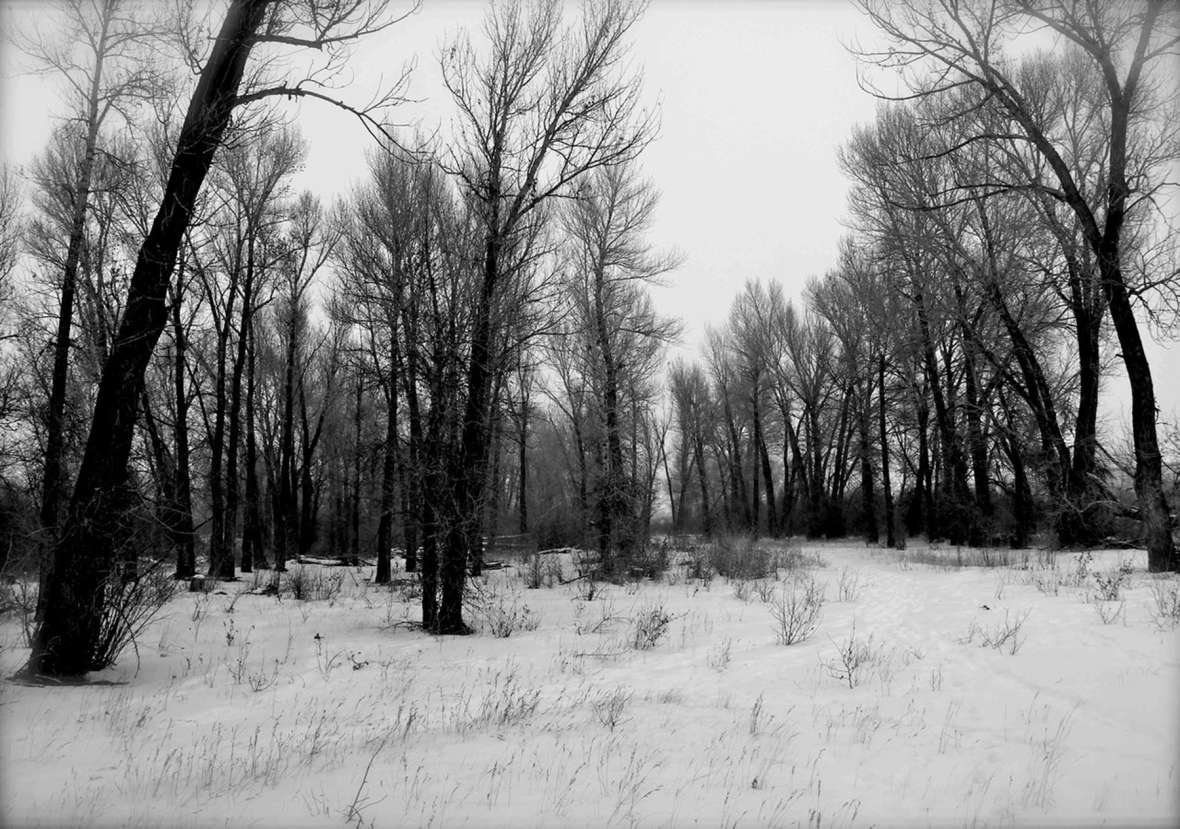 One of the men was 22-year-old Zenas Leonard. He had left the family farm in Pennsylvania after announcing “I can make my living without picking stones.” In 1839, he published an account of his five-year adventure in the Rocky Mountains: Narrative of the Adventures of Zenas Leonard.

Traveling was easy at first. In Leonard’s words, the trappers “found the prairies or plains very extensive—unobstructed with timber or brush—handsomely situated, with here and there a small creek passing through them, and in some places literally covered with game, such as Buffaloe, White and Black tailed deer, Grizzley, Red and White Bear, Elk, Prairie Dog, wild Goat, Big horned mountain Sheep, Antelope, &c.” 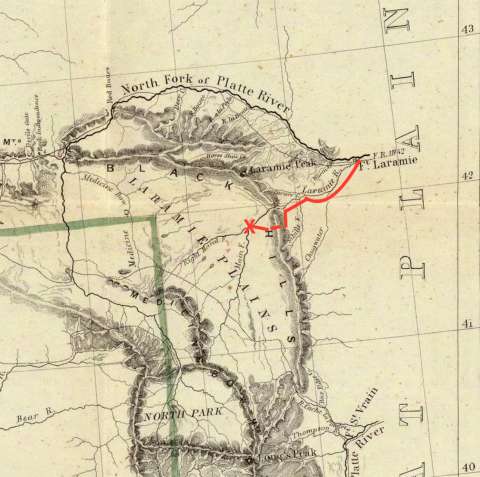 But when they arrived at the foot of the Laramie Range through which “the Laramies passes,” they found it impossible to continue, as “huge rocks projecting several hundred feet high closed it to the very current.” Instead, they traveled along the base of the range to a buffalo trail leading to the crest, where they made camp. At midnight it began snowing hard; they were forced to stay put for three days.

Not bothered by the early-October blizzard, the party continued on to the Laramie Valley. Leonard describes it as long and broad “with the river Laramies passing through the centre of it, the banks of which are covered with timber, from 1/4 to 1/2 a mile wide … on a clear morning, by taking a view with a spyglass, you can see the different kinds of game that inhabit these plains, such as Buffaloe, Bear, Deer, Elk, Antelope, Bighorn, Wolves, &c.”

Beaver were abundant; they trapped twenty the first night. Then they continued upstream, periodically stopping for a few days to trap. Clearly the Laramie Valley was worth the trouble of getting there.

But by October 22, the days were consistently cold and snowy. All agreed it was time to return to winter quarters on the North Platte. They followed the Laramie River to the buffalo trail but … surprise! It was no longer passable—there was too much snow. Several men searched for an alternative route but found none. In the discussion that followed, “a majority of the company decided in favor of encamping in the valley for the winter.”

The river was the obvious place to camp. Game was abundant. Cottonwood trees would provide wood for shelters, fuel for heat and nutritious inner bark for horses and mules when grass was buried in snow. They established camp on November 4th.

Less than a month later, the horses were struggling to find grass. The men collected armloads of cottonwood bark, but “to our utter surprise and discomfiture, on presenting it to them they would not eat it, and upon examining it by tasting, we found it to be the bitter, instead of the sweet Cottonwood.” By the end of December, most of the horses had died; apparently the two mules were less picky. 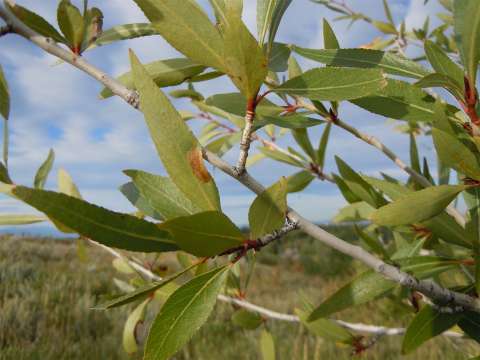 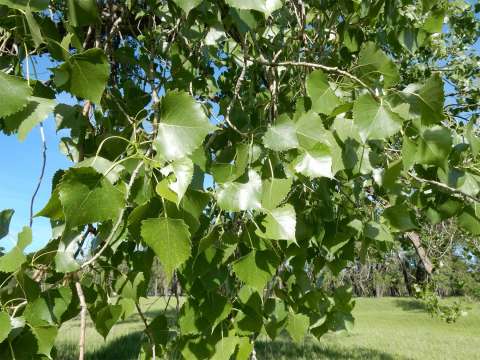 They celebrated the New Year anyway. “[W]e concluded to have a feast in our best style … These men killed ten Buffaloe, from which they selected one of the fattest humps they could find and brought in, and after roasting it handsomely before the fire, we all seated ourselves upon the ground, encircling, what we there called a splendid repast to dine upon. Feasting sumptuously, cracking a few jokes, taking a few rounds with our rifles, and wishing heartily for some liquor, having none at that place we spent the day.”

Food and fuel remained abundant, but the men grew restless. Someone had heard they could buy horses in Santa Fe, so all but four men headed south on foot with beaver skins to trade. It would have been a 500-mile trek, but two weeks later, they were turned back by snow.

Finally, on April 20th, they loaded what they could on the two weak mules, cached everything else, and headed east across the Laramie Range through deep snow. Back on the plains, they stopped at the first sweet cottonwoods they came to and let the mules feast on inner bark for several days. They reached the North Platte on May 20, 1832.

Why no one in the group recognized the Laramie River cottonwoods as the bitter type is puzzling. Travelers as far back as Lewis and Clark could distinguish between the sweet and bitter types, and knew that horses would not eat the bark of the latter.

Were they an ignorant bunch? After all, they crossed the snowy Laramie Range in October, trapped beaver in the Laramie Valley into early November, and rang in the New Year with gusto in spite of losing all their horses, intending to walk to Santa Fe to get more.

Or were they skilled adventurous men not averse to hardship? Maybe it was no big deal to spend five wintry months camped on the Laramie River before walking back to the North Platte.

Editor’s note: An earlier version of this article first appeared online among the collections of the Albany County Historical Society. Special thanks to the author and to Kim Viner of the society for allowing its republication here.

Fur trapper Zenas Leonard and party return to the North Platte after wintering on the Laramie Plains.

Hollis Marriott worked for forty years as a field botanist in Wyoming and South Dakota. Her retirement activities include outdoor recreation, playing music, and blogging at In the Company of Plants and Rocks.

The Rocky Mountain Herbarium is located in the Aven Nelson Building at 9th Street and University Avenue on the University of Wyoming campus in Laramie, Wyoming. The RMH is open Monday through Friday from 7:30 a.m. to 4:30 p.m. For more information, contact RMH Curator Ernie Nelson at BNelsonn@uwyo.edu, call (307) 766-4158 or visit the website at https://www.uwyo.edu/botany/rocky-mountain-herbarium/.

The Friends of the Rocky Mountain Herbarium, a volunteer group, host occasional open houses and guest speakers. For more information, call (307) 766-2236 or visit the website at https://www.uwyo.edu/botany/rm-friends/index.html.

Museum of the Fur Trade

Museum of the Fur Trade, Chadron, Nebraska, is within easy driving distance of most of eastern and central Wyoming. Open May 1 through October 31. Extensive exhibits of goods used in the fur trade, including textiles, beads and silver and a remarkable collection of more than 800 Northwest guns, standard in the trade.