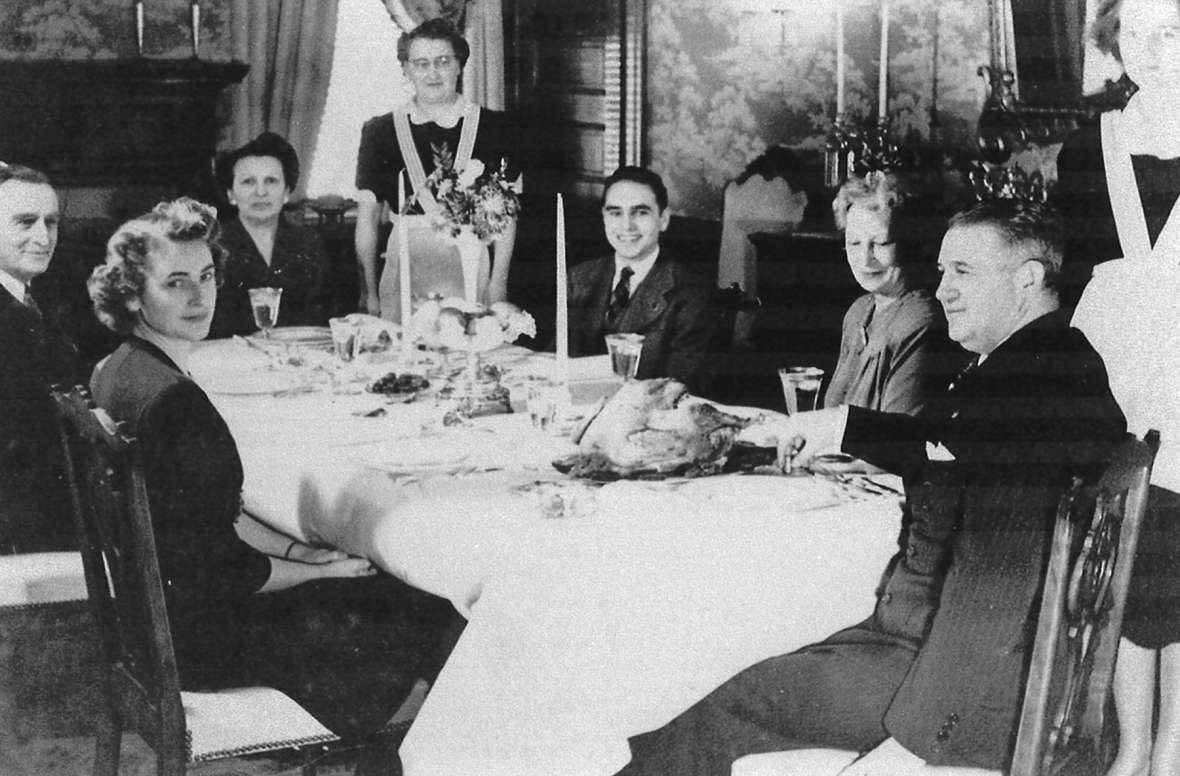 It was April of 2011. Out of the blue, I received a Facebook friend request from Lester Hunt, Jr. I’d begun writing a column for the Wyoming Tribune-Eagle. A mutual friend sent copies to Mr. Hunt. He wanted to open a dialogue.

I called him. During the conversation, I said, “Your father’s story needs to be told. Someone needs to write his biography.” Buddy said, “Why don’t you do that?” We set a date to meet. I flew to Chicago, spending a week with the namesake of the Wyoming senator who took his own life in June of 1954.

Buddy and I met the evening I arrived. We talked about many things other than his father as we got to know one another. I offered to buy tickets to the Cubs game at the end of the week. He told me he didn’t much care for baseball but offered to take me on what he called “an architectural tour” of Chicago.

Before departing that evening, Buddy said, “if you’re going to write his story, all I ask is that you tell the whole truth. I will answer honestly any question you may have.” I recognized the personal risk involved. It was his youthful sexual indiscretion so long ago that set into motion a chain of events that led to his father’s suicide.

The following morning, we took his “architectural tour” of Chicago through the historic Tribune Tower, the Wrigley Building, and the 360-degree Chicago Observation Deck. At one building, we stood on the main floor, a long, winding staircase in front of us, a perfectly good elevator to the right. “Which do you want to take?” Buddy asked. Reluctantly, expecting the 85-year-old man would choose the elevator, I replied, “Your call.” Buddy said, “Well, I figure if I can walk those steps today, I’ll be able to do it tomorrow.” Up we walked.

The next day we talked about the book. I learned more about Buddy. He had once taught literacy classes to peasants in the mountains of Mexico and pre-Castro Cuba. When he moved to Chicago, he met the activist Saul Alinsky. The two organized poverty-stricken Latino communities. In his biography of Alinsky, “Radical,” Nicholas Von Hoffman, another of Hunt’s mentors, admitted, “The real organizing was done by Lester Hunt.” Buddy was a “community organizer” long before Barack Obama used those words to describe his qualifications to be president.

During this time, he married Rogene. Buddy’s mother approved. “They are both highly intelligent and intellectually honest people,” she said, “and are always doing worthwhile things.” By the time we met, Buddy and Rogene had been married for half a century with two daughters and two granddaughters. Buddy taught history in the City Colleges of Chicago for more than twenty years.

After talking about his father’s career, we spoke of his suicide. I asked about the plot to blackmail Senator Hunt into resigning. Buddy told me he couldn’t understand how his father was blackmailed with public information, i.e. news stories of his own arrest and conviction for soliciting homosexual sex in Lafayette Park.

Following two years of research into the tragedy, I told Buddy that because Tracy McCraken was both the Democratic National Committeeman and publisher of most Wyoming newspapers in 1954, the story was not widely reported. Most Wyoming people didn’t know. Thus, his father’s political adversaries were able to threaten to expose Buddy’s situation.

It was part of the story Buddy hadn’t known. He expressed gratitude for having been able to learn what he needed, the truth.