Gale McGee and the Archives

Gale McGee and the Archives

The wonderful thing about choosing to write the biography of a historian is that historians do what they do. They leave behind so much material with which to work.

Gale McGee left thousands of files in hundreds of Banker’s boxes filled with speeches, letters, and personal reminiscences spanning his lifetime. When I first looked over the mountain of paper I thought to myself, “I’m sure I won’t need to scrutinize every piece of paper in every one of those folders.” Wrong! 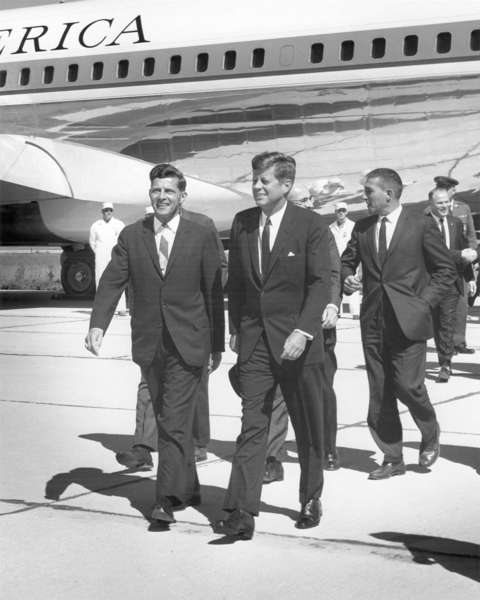 Early on, I pulled a folder from a box, labeled “McGee Memoirs.” Inside was another file marked “Diabetes.” The former Senator was plagued by the disease his entire life. I opened the file thinking I’d find personal reflections on what it was like to be diabetic. What I found, instead, was a never before told story about the most prominent Senate spokesperson for the war in Vietnam. McGee served as U.S. senator from Wyoming from 1959 through 1977.

Early in life, McGee was an isolationist. He attended a Charles Lindbergh “America First” rally in Chicago in 1940. In that year’s presidential election, he voted for the socialist anti-war candidate Norman Thomas, not the Democratic Party’s nominee, Franklin Roosevelt.

Opening the “Diabetes” file, I found a letter from McGee to his Selective Service Board.

“I conscientiously object,” the letter announced, “to serving in the armed forces of this country.” Wouldn’t his Republican adversaries have loved to have known that?

That was before Pearl Harbor. After December 7, 1941, Norman Thomas reversed his anti-war stance, the America First Committee dissolved, and Gale McGee asked his draft board to amend his status to 1A. He soon received his draft notice. It was during his Army physical that he learned he had a severe case of diabetes. These historically important letters were tucked away in a file marked “Diabetes.”

I decided I had to search through every one of the 442 boxes of McGee’s papers. What a wonderful journey it was! Hardly a file folder was opened without discovering anecdotes about the life of a man who served as Wyoming’s United States Senator for 18 years. Before that, Dr. McGee achieved legendary status as a University of Wyoming history professor. After the Senate, he was the ambassador to the Organization of American States, largely responsible for the ratification of the Panama Canal Treaties.

The stories told in those dusty folders gave life to the biography of a public servant who died three decades ago. Certainly, there was a great deal of political information, but those who wade through it all will find the biography of an avid Wyoming outdoorsman, as well.

When he was recruited to teach at the University of Wyoming, a colleague urged him to speak with others who had been there. He called an old friend who had taught at UW for three years. “I don’t think you’ll like it there,” the colleague said. McGee asked why. “There’s not a legitimate supper club within a hundred miles and not a legitimate theater within 150 miles.” McGee asked, “What do people do there?” The friend said, “All they do is catch trout and shoot deer.” McGee said, “Sign me up,” and headed for Laramie.

The first thing the renowned Wyoming historian T.A. “Doc” Larson said his new colleague said was, “Let’s go fishing.” And, they did, often, as they became life-long friends.

He journaled about the time he was treed by an angry moose while fishing and the day he hunted pheasants in a South Korean minefield, while a General sent subordinates to retrieve the birds. There was a small spiral notebook containing handwritten notations for every day he fished from 1946 until he left for the Senate in 1959. He duly recorded the date, name of the stream or river, the type of fly he used, and how many fish he caught.

That was the sort historic record a historian like Gale McGee left for a biographer and it is why the American Heritage Center at the University of Wyoming is such a gem.