Skip to main content
Wyoming State Flag
Encyclopedia | A few people in Wyoming know the secret behind their state flag. They will give a knowing smile, as they nod, yes—that bison wasn’t always hitched to the staff, he used to survey over the mountains and prairie. But the flag holds more secrets in its weave . . . Read More
Stagecoach times
Encyclopedia | Freight, mail and stagecoach passengers endured the rough, dangerous road from Rawlins on the Union Pacific through Lander to the Shoshone reservation for 27 years. “God bless the old stage line; she is doomed,” one postmaster wrote in 1906, when a railroad first reached Lander, “but it beat walking.” Read More
Miss Indian America
Encyclopedia | Lucy Yellowmule galloped into the Sheridan WYO Rodeo July 6, 1951. A young Crow barrel racer from Wyola, Mont., her horsemanship wowed the crowd and her selection as rodeo queen inspired creation of All American Indian Days and the Miss Indian America Pageant—institutions widely praised for improving relations among the races. Read More
Wyoming’s Named Roads
Encyclopedia | In the early days of motorcars, promoters gave names to auto routes to boost tourist travel. Several named highways crossed significant portions of Wyoming, with Yellowstone Park a prime attraction. But by the mid-1920s the system had become chaotic. The government began numbering routes instead—gaining efficiency and sacrificing romance. Read More
Ceremony and Reburial
Encyclopedia | In October 1903, six Oglala Lakota Sioux and two white men died in a tragically unnecessary armed confrontation on Lightning Creek, northeast of Douglas, Wyo. But 35 years later, both sides made a public effort at a kind of reconciliation—at the Wyoming State Fair. Read More
Lincoln Highway
Encyclopedia | In 1913, the nation’s first transcontinental highway—initially more idea than road—followed Wyoming’s southern rail corridor. After its life as a named highway ended, the route lived on as U.S. 30. Since I-80 was finished in 1970, the Lincoln Highway has become a nostalgic touchstone for a friendlier, more easygoing way to drive. Read More Encyclopedia | The Americans with Disabilities Act was far in the future when a group of Lusk, Wyo. residents first met to propose statewide legislation to make buildings, sidewalks and other public areas accessible for disabled people.

Encyclopedia | Susan Wissler, elected mayor of Dayton, Wyo., in 1912, was Wyoming’s first woman mayor and possibly the second in the nation. Promising to act “without fear or favor,” she served three terms, with some success cleaning up local saloon and gambling elements, all while running her own millinery and dry-goods business.

The Tribes Sell Off More Land: The 1905 Agreement

Encyclopedia | In 1905, Congress ratified an agreement with the Eastern Shoshone and Northern Arapaho by which the tribes ceded 1.5 million acres of reservation land north of the Big Wind River. Tribal leaders questioned the final terms, however, and payments were slow in coming and fell far short of promised levels.

When the Tribes Sold the Hot Springs

Encyclopedia | With the buffalo gone and poverty, hunger and disease increasing, the Eastern Shoshone and Northern Arapaho tribes came under intense pressure in the 1890s to sell their land. In 1896, they sold the U.S. government a piece of their reservation ten miles square—including the splendid hot springs at present Thermopolis, Wyo.

Encyclopedia | Congress in 1887 passed the Dawes Act, setting up a framework for dividing up tribal lands on reservations into plots to be held by individual Indian owners, after which they could be leased or sold to anyone. Critics saw it as a method clearly intended to transfer lands out of Indian hands.

Encyclopedia | Alfred Corum, bound for California in 1849 with two dozen other Missouri men, died on July 4 on the Sublette Cutoff in present western Wyoming. His brother and five other men stayed behind to bury him, deeply saddened on what otherwise would have been a day of celebration.

Encyclopedia | On the Oregon-California Trail in western Wyoming lies the grave of 20-year-old Nancy Hill, who died of cholera while bound for California in 1852. The gravestone, though old, is not original and part of the inscription—“Killed by Indians—” for many years misled locals about the cause of her death.

Encyclopedia | Emigrant Spring, west of the Green River on the Slate Creek Cutoff of the Oregon Trail, offered pioneer travelers cold, clear water, plentiful grass for their livestock and plenty of sagebrush for their cooking fires. And the sandstone bluffs above the spring made a natural bulletin board where thousands carved their names.

Encyclopedia | In 1843, Oregon Trail diarist John Boardman was probably the first to make reference Church Butte near present Granger, Wyo., calling it “Solomon’s Temple.” In the 1850s, most emigrants referred to the landmark as Church Butte, because of its shape and perhaps because Mormon companies held religious services there on their way to the Salt Lake Valley.

Encyclopedia | Not many diarists mentioned Haystack Butte, a minor landmark on the Sublette Cutoff of the Oregon/California Trail, but forty-niner J. Goldsborough Bruff sketched it in his journal. Some remarked that the 60-foot-high butte resembled “a farmer’s hay stack;” others called it called it “a bee-hive” or “sugar-loaf.”

Explore WyoHistory.org’s education packages, designed for classroom use. Our Digital Toolkits of Wyoming History, aimed at secondary levels and above, connect topics in Wyoming history with one of 12 overarching areas of U.S. history.

Packages on the Oregon Trail and the Indian Wars are aimed at elementary classrooms. They offer articles, maps, field-trip lesson plans, videos and interactive quizzes. 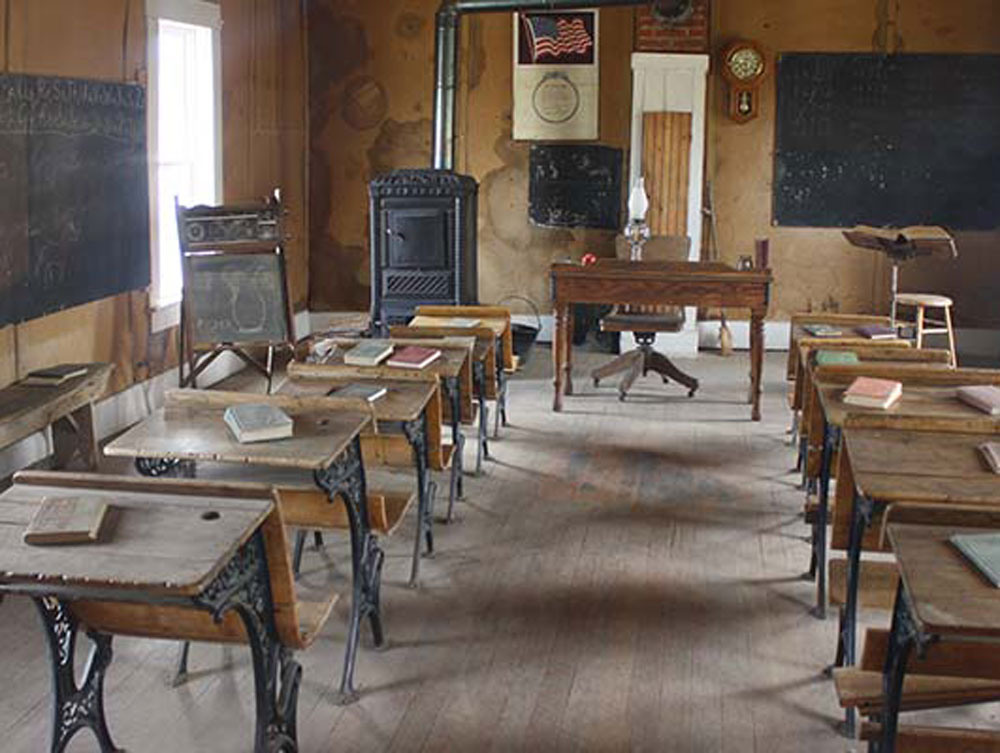 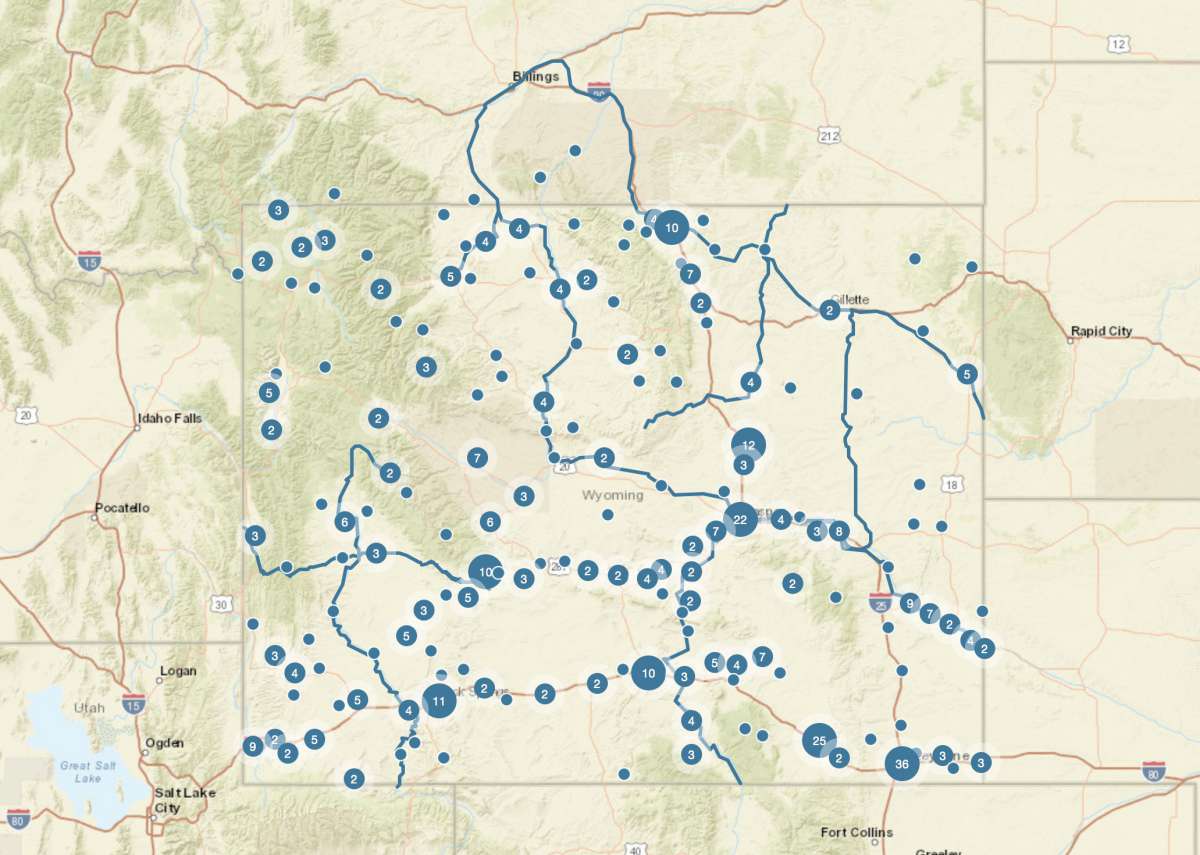 The WyoHistory.org monthly newsletter includes updates of new articles on the website, info on history-related events, news about our contributors, etc. Add your name to the list to stay informed about all things history in Wyoming. Learn more »

Support WyoHistory.org
We need your support to update the website with new articles and keep our archive of Wyoming history growing. Learn more »

September 2021 | Two big steps in Wyoming
August 2021 | Transportation Away from the Railroad
July 2021 | A Pageant that Made a Difference
June 2021 | Wyoming’s Named Highways
May 2021 | Driving across the nation in 1913, and closing an episode with some Oglala Lakota Sioux
April 2021 | Representing Wyoming during the Vietnam War
March 2021 | Utes cross Wyoming; a Green River lynching
February 2021 | A New Deal lawyer and a dentist-politician
January 2021 | Beethoven, a Boundary Survey and a Black and Yellow Road
December 2020 | A Black man lynched, and elk populations protected
November 2020 | An artist-prisoner paints at Camp Douglas, and editors in Wyoming write about King’s death
October 2020 | Tribal Hunting Rights and U.S. Law